Sony announced last week that the PlayStation 4 would cost the equivalent of $1,800 when it's released in Brazil, and fans were disappointed. The company returned to the Brazilian PlayStation Blog this week with a message: "We heard you."

According to a Google translation of the post, Sony's general manager for Latin America, Mark Stanley, acknowledged that the price is "not good for our consumers, and it is not good for the PlayStation brand" and said that he wanted to be "fully transparent" about the price.

Stanley wrote that 63 percent of the R$3,999 price tag is "allocated to compensate for the fees and taxes that are applied to the product during the import process" and provided the chart below to explain the costs, which also include other taxes and retailer margins. 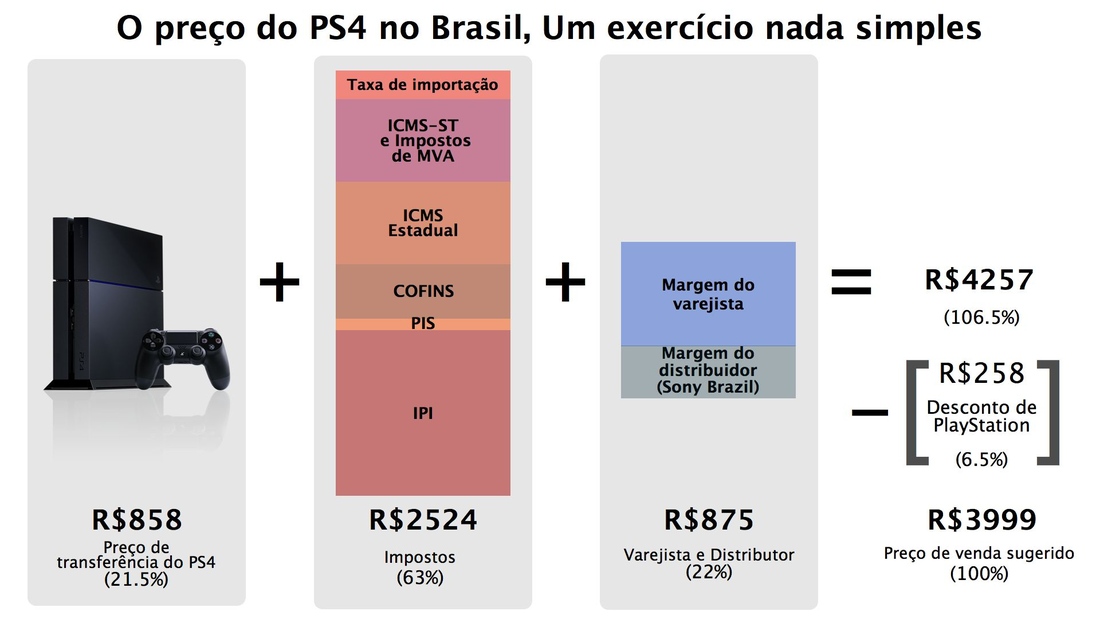 "We will continue dialogue with government agencies to help us reduce the heavy tax burden that gamers, retailers and Sony Computer Entertainment America must pay," he wrote.