By Samit Sarkar@SamitSarkar Oct 22, 2013, 11:54am EDT
Source Titanfall and Titanfall

Respawn Entertainment's Titanfall will be released March 11, 2014, in North America and March 13 in Europe on Xbox One, Xbox 360 and Windows PC, the studio announced today.

The game will be available in a $249.99 Collector's Edition (image below) that comes with an 18-inch statue of a titan — complete with a motorized cockpit — set in a diorama with LED lighting. The package also includes a 190-page art book and a poster featuring a schematic diagram of the Atlas titan.

Interested parties can put down a $100 deposit on the Collector's Edition, which is being produced in "extremely limited quantities," at the Titanfall online store. Pre-orders of the $59.99 game itself are also available as of today on Origin, publisher Electronic Arts' digital distribution service, and at a variety of retailers. 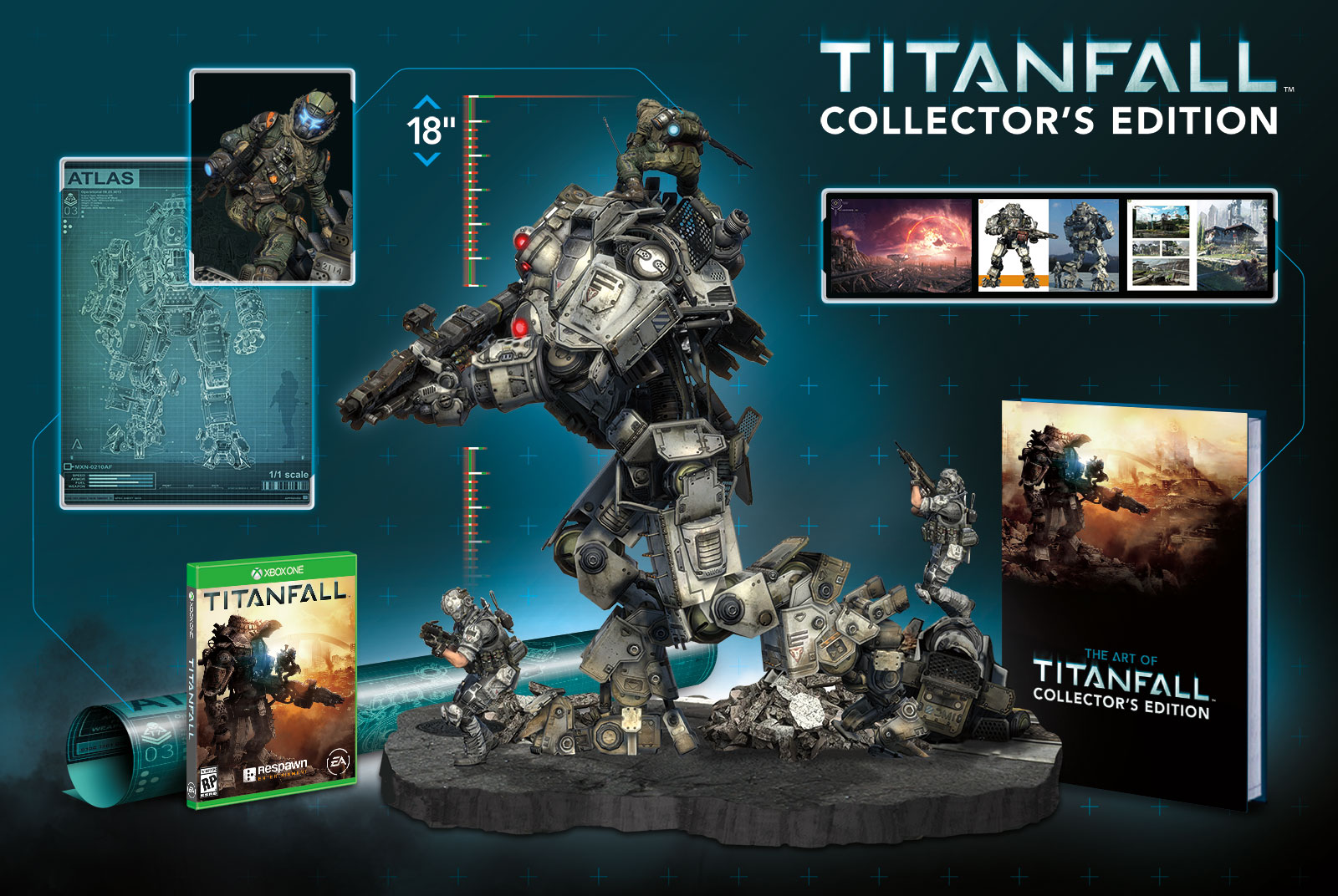 "Since we revealed the game in June we've been absolutely blown away by the reaction to Titanfall," said Vince Zampella, co-founder of Respawn, on the game's official website. "The feedback we're getting from fans around the world is fueling our team as we head towards March and motivating us to deliver an experience that lives up to the hype."

Titanfall was originally revealed by a Game Informer cover story this past June, a few days before Respawn debuted the game at E3. It is in development at the studio on Xbox One and Windows PC; an Xbox 360 version is also in the works, but it is being made by an outside company.

For more on Titanfall, check out our hands-on impressions from Gamescom here and in the video below, and our story on Respawn's process of trial and error in designing the game's modes.