Death is certainly a vital, defining element of XCOM: Enemy Unknown — but really, is it all that bad?

Putting aside the shock and disappointment of seeing a soldier you've almost certainly named after a close friend totally chomp it — the Oregon Trail effect, if you will — was it really all that hard to replace them? Your pal Eric, loyal Sniper, stayed a little too close to that burning Jeep a little too long, and met his demise; why not just name the next Sniper you come across Eric, and kit him out like his predecessor?

Watching your team get killed certainly took an emotional and strategic toll in XCOM: Enemy Unknown; but it wasn't the end of the world, given how easy your troops were to replace. In XCOM: Enemy Within, the stakes are considerably higher. Thanks to new customization features, your troops will feel less cookie-cutter, and less replaceable. Thanks to new mission types and dangers, you'll find yourself concerned for their wellbeing with increased frequency.

Customization has been a focus for the series since its inception, and was a particularly large design aspect for last year's alien-hunting strategy game, senior game designer Ananda Gupta told Polygon in a recent interview.

"The short answer is that we wanted to make [customization] as deep as possible in the original, and we had to draw the line," Gupta said. "That's always been something Jake [Solomon, XCOM: Enemy Unknown lead designer] has felt really strongly about, is the ability to customize characters. We only felt more confident about that as we saw our own in-house play and tester play and so forth, how people were creating their soldiers." 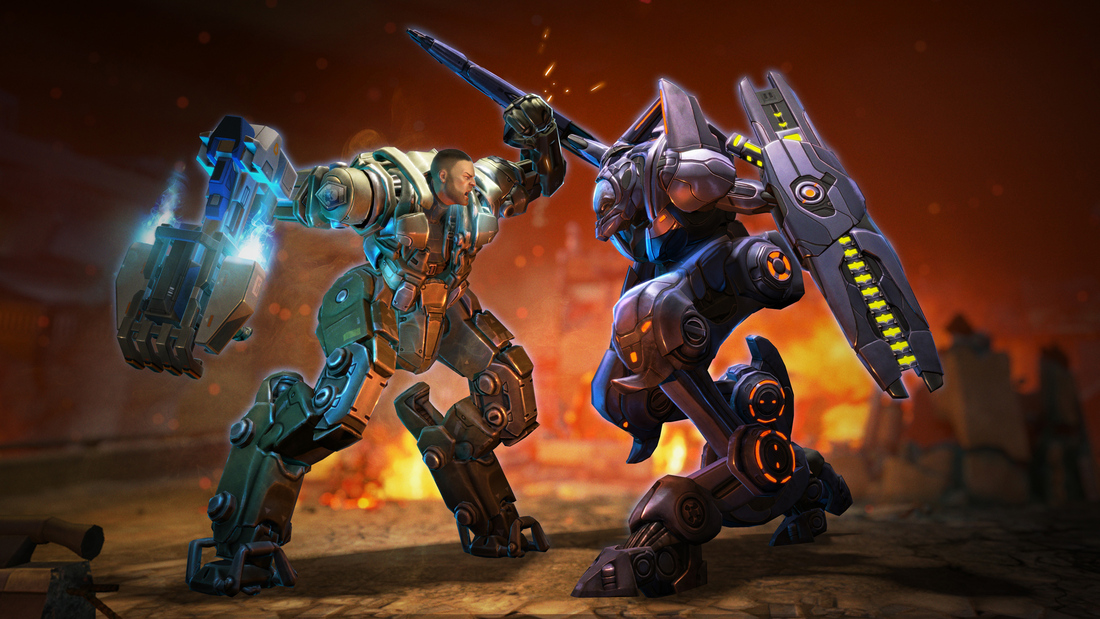 Those options were numerous in the last installment. Players could change their soldier's appearance, could choose perks from a skill tree, could decorate their armor and modify their loadouts. A lot of those mechanical features were completely outweighed by the aforementioned Oregon Trail effect — that was the aspect that brought out the most fascinating reactions from players, Gupta said.

"It is interesting, the variety of reactions people have when their best friend dies in XCOM."

"It is interesting, the variety of reactions people have when their best friend dies in XCOM," he said. "Some people are just, 'Oh, I'm reloading.' Other people say, 'Well, Eric died, and he will be forever remembered, but I will train up a new soldier to take his place, but really, nobody will ever fill Eric's shoes.' And then there are people who say, 'Okay, next soldier up! You're a sniper? Hey, I'm naming you Eric.'

"I think one of the fun things about designing a strategy game is that you can put in mechanics and options like this that let all these people play they way they want to. I'm not sure you have that freedom in an RPG where so much more narrative weight is borne by the characters. Here, it's a strategy game, where the narrative is more interactive, it's more of a product of the player's interactions with the game, in the player's head."

Players' options when faced with a soldier's mortality haven't changed, but the depth of each trooper's modification certainly has.

The two biggest additions are Gene Mods and MECs, both tremendously powerful enhancements that require players to collect and utilize Meld, XCOM: Enemy Within's new resource. Gene Mods let you enhance your soldiers with abilities ripped directly from the aliens you're fighting, like Neural Dampening, which injures foes who attempt to Mind Control you, or Boosted Muscle Fiber, which literally lets you leap buildings in a single bound. MECs let your soldiers control mechanized combat suits, complete with powerful armaments and their own decoration options.

Upon achieving various tasks in missions, you — the reigning commander of XCOM — will receive Medals you can award to your team members. First, you have to give that medal a name, and decide between one of two potential benefits it can bestow on the soldier who receives it. Then you give it to that soldier in an appropriately patriotic ceremony.

The Medals system is definitely the most endearing of the additions — but it almost went another way. Gupta explained that while designing the expansion, the original idea was to give them to soldiers automatically for achieving certain feats, rather than giving the commander any agency over the proceedings at all.

"I realized, this doesn't feel like medals at all, it feels like achievements," Gupta said. "A, we already have achievements, and B, achievements are like the game handing you something, but that's not what the fantasy is. That's not how I want the player to feel. I don't want the first-time player to feel like it's a surprise they got a medal. Secondly, I don't want subsequent plays to be about constructing these situations that give you medals, by gaming yourself into those situations.

"You're the commander of XCOM," he added. "You get to decide who gets medals."

"I wanted to give the player an opt-in way to assign greater weight to a soldier."

Medals have an important side effect, too: When a decorated soldier dies, it hurts.

"I wanted to give the player an opt-in way to assign greater weight to a soldier. I definitely didn't want to cut off ways of saying, 'Yeah, if your best friend dies, we're not going to let you customize someone else into exactly his or her image. But what I wanted was to make sure that there's definitely a lingering cost, that something has been permanently lost — medals do come back into play, but very slowly."

Worse still, your HQ's memorial shows the medals that each deceased soldier carried, so you can have "that extra pang of knowing that person really carried you and did his or her duty."

You'll feel that pang often, because in order to get Meld, you're going to have to send your troops into danger.

Meld shows up hidden across most mission maps, secured within a container that will self-destruct after a certain number of rounds. To make sure you don't lose that resource — which you'll need to fully explore the Gene Mod and MEC customizations — you have to send your troops after it before their containment units explode.

"I suspect there will be a number of people who reserve one of the medals ... for 'Bravery and Gallantry in the Name of Meld Acquisition,'" Gupta said. 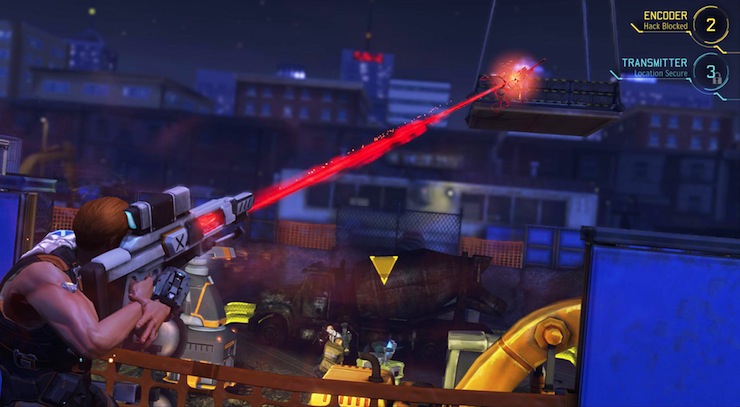 It seems like XCOM: Enemy Within is setting up a vicious cycle; one that lets you take ownership of your team with these Meld-powered upgrades, then forces you to put them in harm's way to acquire more Meld. According to Gupta, that wasn't really Firaxis' intention.

"I don't think we ever thought about linking it that way, like, 'Oh, we're increasing player attachment, we're also going to increase player risk,'" Gupta said. "I think the mechanics of Meld, and the idea of the covert operative in battle — those were mostly intended to make players who buy the expansion rethink their playstyles."

"'Oh, you guys figured out how to play our game the best, well ha ha, we're the game designers, we're going to change it up.'"

In order to get to the Meld before it disappears, XCOM: Enemy Within players won't be able to "turtle up," defending their positions while waiting for enemies to show their vulnerability. That was an extremely popular tactic in the last game, Gupta said — though Meld's inclusion wasn't punitive of people who play that way. Meld can be obtained in different ways later in the game, he explained. Defensive players won't be left out in the cold.

Ultimately, Meld and the other game-changing incentives are designed to make players rethink the game, approach it from a different angle. It's what Firaxis wanted from the expansion — not just more stuff, but more ideas.

"We probably could have just shipped an expansion like, 'Hey, it's the same game and all your playstyles will still work, but now there's more stuff and a greater universe of things to pick from,'" Gupta said. "But that wasn't really enough for us. We wanted to make sure players had to adapt their playstyles, and give them different problems to solve, not just bigger problems to solve."