Share All sharing options for: Video games achieve near complete penetration in Australia

Video games have nearly reached complete penetration within Australian households, the Digital Australia 14 Report (DA14) report found. The fifth study in a series conducted by Bond University, which delves into computer and video games within Australia — studying the attitudes, community concerns and issues relating to the medium — also discovered that seven out of ten Australians now play video games.

When Polygon asked if he believes video games are on track to become a second-nature medium within households, Ron Curry, CEO of Interactive Games and Entertainment Association (IGEA), disagreed.

He went on to say that non-gamers are now the exception to the rule, a statement that Dr. Jeff Brand, professor at Bond University and author of the report, independently expressed.

93 percent of households have a device for playing games.

"This is a series of studies and when you look down the line and look at the numbers, and you see that games have well and truly have become a regular and normal part of Australian households and Australians daily lives," Brand told Polygon. "More than one game device in the household is the exception and not the rule, most households have two or more devices."

"Grand Theft Auto 5 reached a billion dollars in revenue in three days, a world record for any entertainment product, which reinforces all the data that is in the report, and that means games is the dominate entertainment medium now." Curry explained. "And not just entertainment, it is moving out of entertainment into education and social reasons. It is just not there for fun anymore."

"Between 2009 and 2006, you see the steepest incline in how many people were playing games," he explained. "I think that you could argue that the three mainstream consoles were very popular [during this time]. They offered a very wide spectrum of game experiences, there was something for everyone and, most importantly, they were accessible." 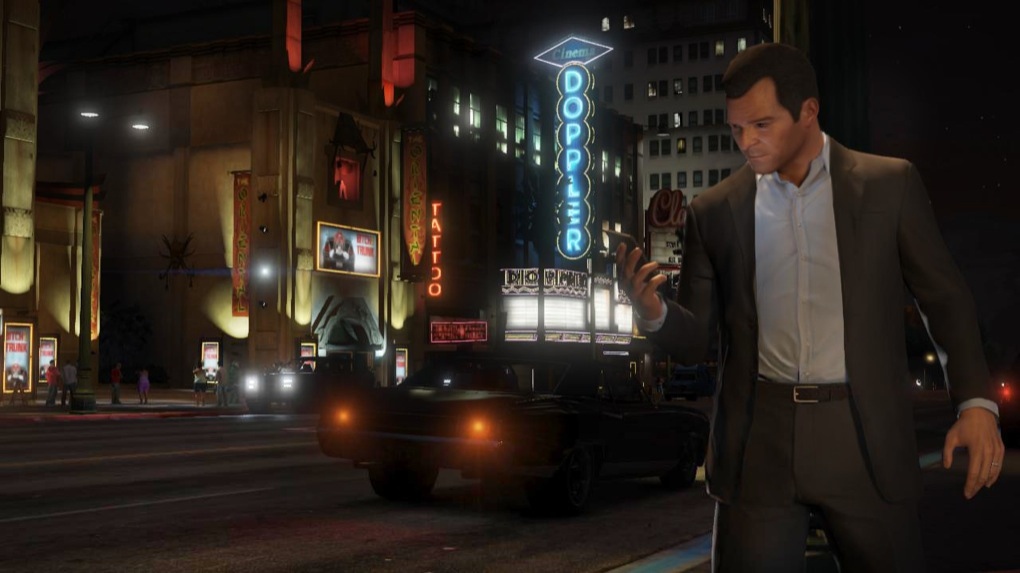 Brand believes the accessibility of gaming "changed substantially" when the last generation of consoles were released, as the new technology allowed new gamers to interact with the consoles easily.

"I would draw the analogy to simple books and magazines, the ones made available in the early part of the twentieth century, and more and more people started reading," he said. "So this is analogous to a kind of literacy for the twentieth first century."

According to Brand, the period between 2009 and 2006 also saw the first increase in the over 40 demographic.The latest report show that while the average age of the Australian gamer is 32 years old, the fastest growing population of gamers is men and women between the ages of 40 and 50. Brand expects the slightly older demographic to rise within "the next year and a bit."

The 51 plus age group also saw an increase, which Curry believes is another indicator of how mainstream games are now.

"Games are ubiquitous, even the seniors now are engaging in games online," he said. "That may be Sudoku or it may be Candy Crush, which offer a soft entry into gaming."

Brand pointed out that older gamers initially snack on casual games, looking for games that will "give them a quick fix" for the two top reasons that matter most to them.

"One of the things that we did this time was that we explored why gamers play and we looked at it by age group," Brand said. "I was absolutely blown away by the finding that if you look at 51 plus, that the reason that they are playing games, is that they want to keep their minds active. They want to learn and they want to get [mental] exercise. It is just not the stereotypes of typical gamers of the 1980s [anymore]."

"This is analogous to a kind of literacy for the twentieth first century."

The report also found that there was a decrease in the amount of time spent gaming and a slight increase in frequency. These indicators suggested to Brand that people were getting in more play in different parts of the day, which snagged his interest of when and where people play.

He said that while people still use weekends and holiday for in-depth gaming experiences, not interfering with a productive lifestyle, people are increasingly using their downtime to game.

"A lot of people are playing after work, after school, during breaks, on public transport," Brand said. "I mean, 35 percent are saying that they are playing before work or school. And that tells me people are snacking throughout the day, just as people might read a magazine or a book. Their mobile phones and handhelds allow them to do it."

"We've seen some decline in PCs."

Brand explained that consoles are still the preferred "deep gaming experience," while tablets as a gaming device have doubled since last year's report and handhelds have "evergreen popularity."

"47 percent are saying that they playing games on their phone and when they choose to play," Brand said, explaining that the figure is less so on tablets and handhelds but he expects those numbers to continue to increase modestly. "We've seen some decline in PCs but titles exclusively for PC, mainstream titles on PC and digital delivery will maintain the PC."

"I don't think that the R 18+ has had a big difference in the findings" Curry said. "Certainly parents are better informed with the R 18 + rating but I don't think that it has made a huge difference. We said that life wasn't going to change dramatically and life hasn't, it has just gone on."

Recognizing that there was a dip in how many hours played and adoption towards the end of the current-gen console lifespan, Curry expects that the next-generation of consoles will further boost the figures of video game saturation in Australia next year.

"More people will be discussing and exploring games for purposes not just for entertainment."

"Everytime that we get a new platform release, it just stimulates the market more," he said. "Whether that stimulates for new consoles, stimulates people back into gaming we will see a bit a bit of both. We'll see some aspirational stuff happening, we'll see the early adopters get the new the hardware and people will start saying ‘Well, I really want that.'"

Brand is also confident that there will be a tangible response to the next-generation of consoles and its respective range of new software, and saturation will go from 93 percent to up to 98, regardless of whether or there are children in the household. He went on to say the role in which games are used will continue to evolve.

"I think one of the biggest changes we are going to see over the next few years is that more people will be discussing and exploring games for purposes not just for entertainment, but for games that are both entertaining and serve an educational or social purpose," Brand said. "Perhaps games for entertainment and solving the world's problems.

"As you know, the Folding At Home project, which basically looked for proteins in HIV and cancer gamers basically solved more folding problem than a supercomputers," he said. "So, I think that is a really important nod in direction of the extensive function that games can play."