Batman: Arkham Origins' version of the Dark Knight shares something in common with his latest game: Both are sloppier and less refined than the Batman we've become accustomed to.

Arkham Origins serves as a prequel to a series that, up until now, has been made popular by Rocksteady Studios. This time new developer Warner Bros. Montreal has taken over, but Batman hasn't survived the transition unscathed.

Origins isn't a complete disaster. It borrows a lot of things that still work from 2011's Arkham City, and it offers a fascinating take on Batman's relationship with his greatest villain. But every great moment or solid addition is held back by a legion of tiny flaws.

Batman: Arkham Origins is an origin story for the events of the series rather than for Batman himself. It picks up two years into Batman's crimefighting crusade, at a point where Gotham City's active criminal element has finally realized the threat this masked vigilante could pose. On Christmas Eve of all nights, Batman discovers that a crime lord named Black Mask has put out a contract on his head, calling in eight assassins from around the world to put him down.

The plot setup serves dual purposes: It's an excuse for Batman to skip holiday dinner and roam the streets of Gotham, and it's an excuse for Warner Bros. Montreal to leave those streets barren of life. The game explains via incidental dialogue that the chaos caused by the appearance of these powerful assassins has led to citizens bolting themselves indoors.

Arkham Origins' sole meaningful addition to the Arkham structure is the "Case File System," which emphasizes the oft-ignored "world's greatest detective" part of the Batman mythos. At certain points throughout the game, Batman encounters crime scenes where he can look for evidence and put together a virtual reenactment of the crime in question. There are only a small number of these scenarios, but they really engaged me, forcing me to put together pieces in the environment and think like a detective. Whatever Origins' shortcomings, I'd love to see future Batman games build on this system and increase its complexity.

In gameplay terms, this means the status quo from the previous two Arkham games has been preserved; you may be in Gotham City proper now, but you're still able to drop in on any random group of thugs and start beating on them, certain that they are criminals. It feels awfully strange and not terribly heroic to knock out a small gathering of people who are just standing around talking until Batman shows up, or to beat up whole squads of police throughout the course of the game, with Batman gruffly reasoning to his butler that they are all "corrupt." Coupled with the empty streets, Arkham Origins' Gotham comes across as inert, a cardboard city that it's hard to care about protecting.

Gotham also falls short in more substantial, practical ways. As in previous Arkham games, Arkham Origins is split between navigating a large open world full of side activities and distractions, and progressing the story inside buildings. Arkham City introduced the grapnel boost, a grappling hook technique that slingshots Batman into the air, allowing him to glide through the city quickly and gracefully. Grapnel boosting returns as a mechanic for getting around in Arkham Origins, but it's hamstrung by bizarre design choices. Random tall buildings have ledges that don't allow for grapnel boosting, leading to numerous occasions where my flight was stopped dead as I floated to the ground. The navigation problems are made up for to some degree by the inclusion of fast travel, but the thoughtlessness in the world design becomes a common problem elsewhere.

Arkham Origins digs deep into the warped psychology of The Joker

Take the assassination plot as an example. Though they're introduced as the main antagonists of the game, several of the assassins are relegated to brief side missions, and only a few are fleshed out beyond "greedy bad guy who wants Batman dead." The few assassins that make the cut for the main story are wasted in long, overly punitive boss battles, where missing a few counter-attacks can cost you 10 to 15 minutes of replay. The game itself seems to get bored and distracted from what it's set up as the primary plot; by the halfway point, the assassins fade into the background, leaving yet another story where Joker is the driving force.

While Arkham Origins misses a huge opportunity with its assassins, it handles Batman's biggest antagonist impeccably. Origins recounts the first meeting between Batman and the Joker and digs deep into the warped psychology of the villain. At first I was disappointed when I started stumbling through areas full of skewed TVs and neon green graffiti, because it felt like retreaded territory. But Warner Bros. Montreal has some genuinely surprising and dark twists with the Joker that make his role here feel essential in a way that the other villains never do. 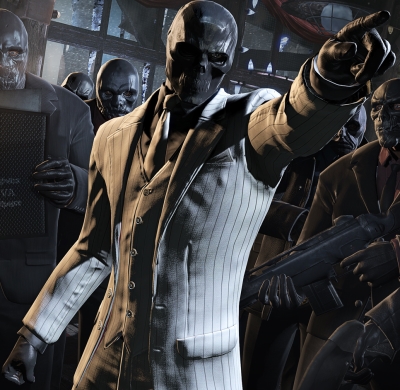 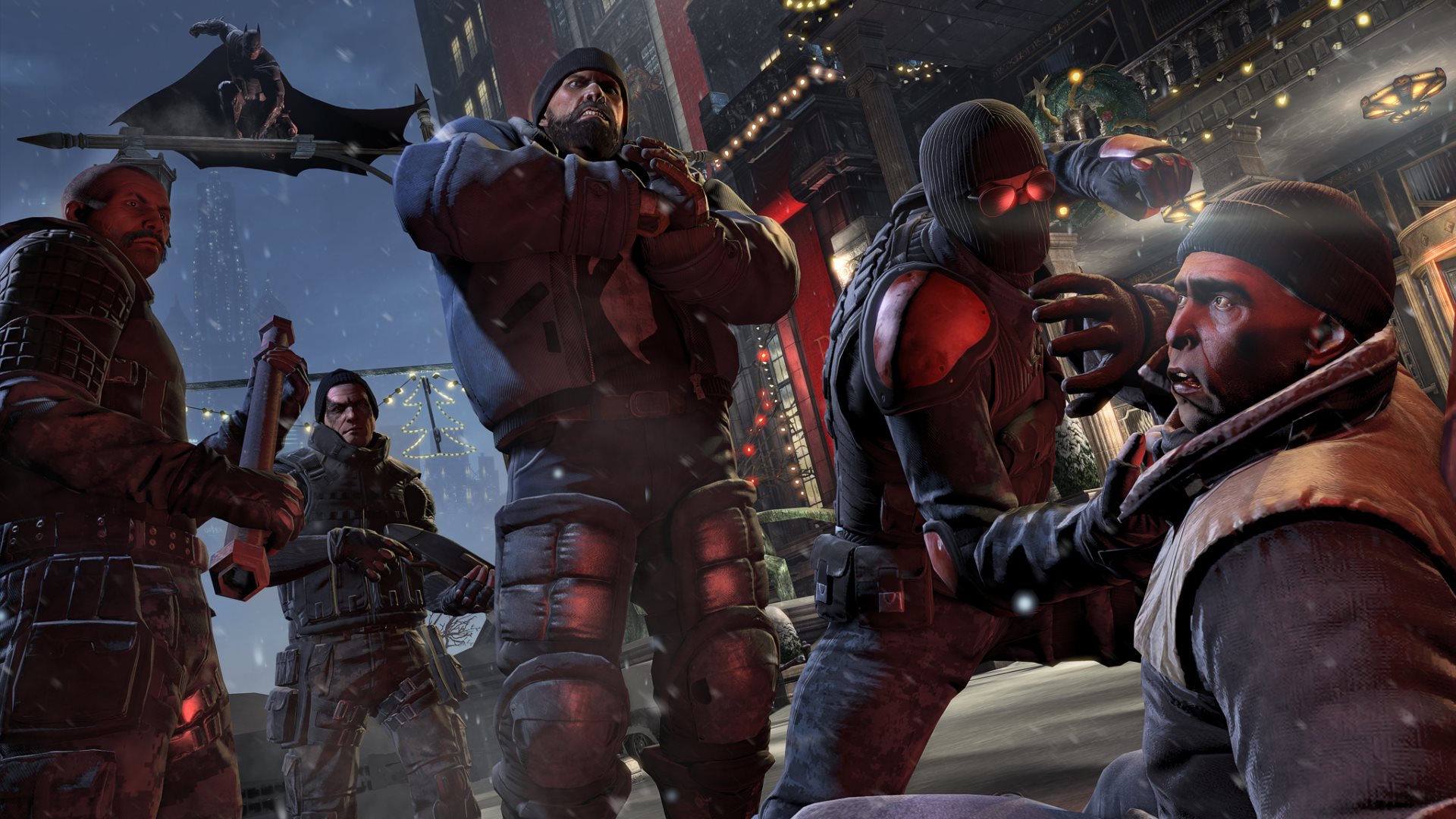 
While unnecessary multiplayer additions to single-player-centered games have become common, the online multiplayer mode in Batman: Arkham Origins is one of the worst. In "Invisible Predator Online," the only mode available at launch, two gangs of thugs face each other while simultaneously trying to avoid Batman and Robin. Since only two of the eight players in any match get to step into the shoes of the heroes, you'll spend most of your time online as a thug. That means using a gun in a game that clearly doesn't feel designed around gunplay. Aiming is spongey and slow, other players speed up or slow down at random intervals, and though the heroes have the advantage of stealth, they die too quickly to be effective. The game also presents a frankly silly number of bars to fill up — your Overall Level, separate levels for each gang and a general "Arkham Online rating." Plenty to keep people busy, but I can't imagine being pulled in enough to care about this half-baked online offering. 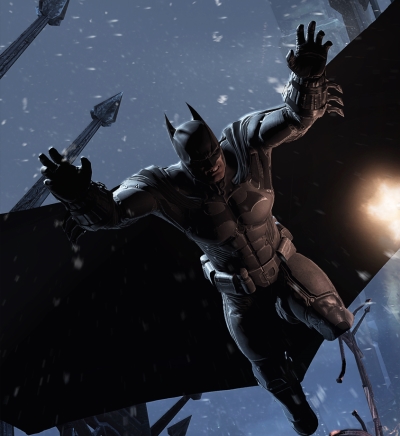 Origins runs smoothest when it hews closely to Arkham City, but problems still show in the details. It uses the same fast-paced combat that the previous two games built up, allowing Batman to leap between enemies, counter punches, stun bigger opponents with his cape and more. It feels as satisfying as it ever has, especially when I was able to create an unbroken string of hits while taking out a whole group of enemies.

I even liked Origins' couple of new enemy types — especially the martial artist, a fast foe who puts your counter-attack abilities to the test. But rather than creating more of these interesting new varieties of enemies, Origins ups the challenge in the shallowest way possible: by throwing greater and greater numbers at you. By late game, I would regularly walk into a room full of 20-plus bad guys who would be joined by a dozen more mid-fight. Even with a fun combat system, these encounters become grueling. 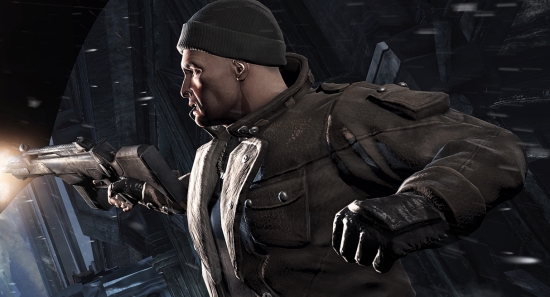 Batman can fend off enemies with a few intriguing new gadgets — such as the powerful shock gloves and the goofy glue grenade — but Arkham Origins doesn't put them to great use. In previous games, I felt encouraged and sometimes even required to backtrack through areas and use retrieved gadgets to gain access to new rooms. In Origins, I got shuttled through each level on a linear path, with breaking away and exploring only necessary if I wanted to find bonus items. And I'm feeling a lot less compelled to return to Gotham and hunt down all of those bonus items this time around.

Batman: Arkham Origins presents a version of the popular superhero who is still learning and doesn't seem to totally understand why he does what he does. I just wish the game didn't share those vulnerabilities. Where Arkham Asylum and Arkham City surprised me with their ambition, Origins is comfortable taking the best from what has come before without contributing much of its own â or even fully understanding what worked about those systems. It's built on a solid foundation but it doesn't take the world's greatest detective to see that something significant is missing.