Two decades after he vanished, Red Baron's creator is back

Share All sharing options for: Two decades after he vanished, Red Baron's creator is back

In 1994, Damon Slye - the man best known as creator of a series of historic flight simulator that included Red Baron - got his pilot's license, bought a plane and left the industry for good.

At least it seemed that way. "I needed a break," he tells Polygon, now officially returning to the Red Baron license he first helped develop in 1990. Slye started in the industry at 18 and later co-founded the games development studio Dynamix. "I was burnt out," he says. 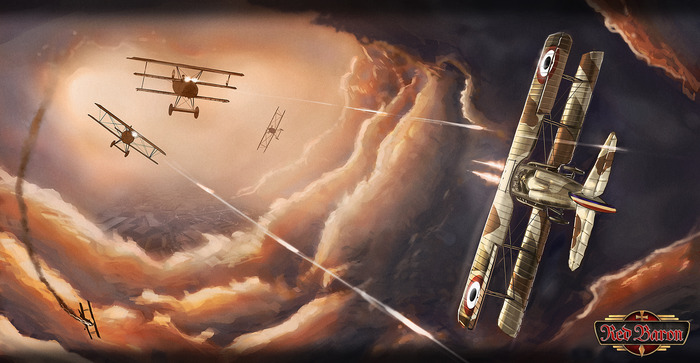 "We started a game company and grew it from two people to two hundred. It was a great ride, but I needed a break. We sold to Sierra, who by the way, were great partners, and I did the work I'm most proud of after the acquisition. But, I had been making games pretty much 24-7 since I turned 18, and I wanted to try other things. So, I left the company, got my Bachelor's degree, moved to SF, and got my pilot's license.

"I bought a beautiful Bonanza A36. It's a single-engine prop plane, with a cruising speed of 176 knots. I flew it up and down the west coast. I built many great memories. I also did a lot of scuba-diving."

But he became depressed. "It might sound strange," he explains, "but it's just not fun to just have fun all the time." The former game designer wanted to go back to his creative roots and collaborate with a team. The fates conspired just before 2007. Slye was driving in downtown Eugene, Oregon when his former partner from Dynamix, Jeff Tunnell, walked across the crosswalk in front of him.

Slye founded Mad Otter Games in 2007, to continue his pursuit of creative collaboration. He is now turning to Kickstarter to crowdfund his classic retro game Red Baron. As of press time, Red Baron has reached $21,908 of its $250,000 funding goal. You can check out the official Kickstarter campaign right here.

It's been a long time coming; however, the developers are keenly aware of the evolution that's taken place in both technology and also in what players look for from games.

"Red Baron was built at a time when the Internet is not the thing it is today," said Slye. "Now we have connectivity so people can play day or night with or against friends and make new friends. This adds another dimension to only offering a single player experience. I like both, but some players only like one or the other. So, I think for a full product, we want a rich single player and multiplayer experience."

The remake introduces multiplayer to the mix, with both historical and MOBA-styled maps, along with tech trees and different ways to advance your pilot. But Slye and his team aren't looking to dramatically change the design of the classic Red Baron, something he describes as already "tight and solid" in its original single player iteration.

'Red Baron was built at a time when the Internet is not the thing it is today.'

Additionally, single player will be offline and DRM-free, and likewise the game won't include free-to-play or pay-to-win features. But more important to Slye is the ability to appeal to more than just the traditional crowd of hardcore flight sim fans, something he believes has proven to be one of the major failures of the genre since he left the industry.

"I'm a real pilot, and I understand all the intricacies of flight and weather and airplanes, but I want to bring in many more people," he explains. "Right now many flight sims are really daunting to new players. The controls are difficult. 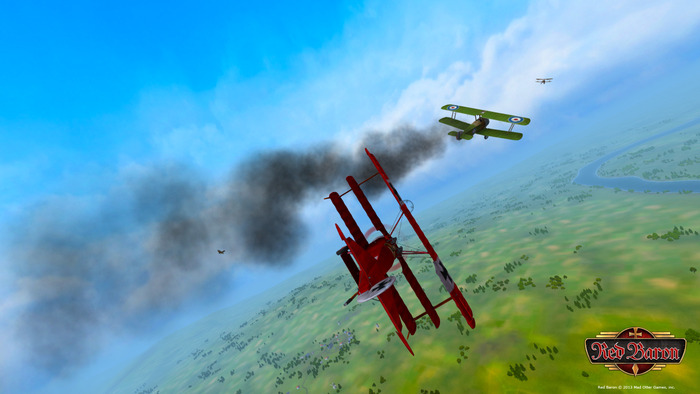 "What I'm not saying is that we should make silly arcade flight games. I dislike those as much as anyone, the experience they offer is vapid. However, we can create a much better learning experience for new players. We can help them along each step of the way, and as they progress, unpeel new levels of realism for them to master. As it is now, we only get the really determined players to stick it out and become experts."

Since leaving the industry, "the new flight simulators have not appealed to me," he says."They have really excelled in the really obvious areas: graphics and flight model."

'The genre could be so much more popular and filled with so many more great gamers.

But modern developers have "dropped the ball" in other areas by ignoring the vast majority of people who don't play flight sims. "This is sad," says Slye. "The genre could be so much more popular and be filled with so many more great gamers."

In Elite Dangerous, humanity’s war against the Thargoids is going real, real bad