Opinion: Why sequels are sometimes good for gamers — and how they can be better

Share All sharing options for: Opinion: Why sequels are sometimes good for gamers — and how they can be better

Games teach us the skills necessary to play them well. Usually, those skills aren't too useful beyond the scope of the game itself. Chess may have helped train some aspiring generals to think strategically, but the odds are long against your ever getting any survival value out of those Tekken combos you spent hours learning.

Which is not to dismiss the satisfaction to be had from fighting off a grizzly bear attack with an 8-hit sequence.That minor dose of achievement — of having used a specialized skill to overcome an obstacle — may well be the fuel that drives us back to a game time after time.

It may also help explain why the medium sometimes seems so repetitious. The biggest game of the year so far — Grand Theft Auto 5 — is the 5th installment of a franchise that's been around since 1997. But that's just counting the series' core titles. All told, there have been fifteen Grand Theft Auto releases over the span of sixteen years, including major expansions, mission packs and portable incarnations.

If that seems prolific, it's actually the rule rather than the exception, at least among financially successful titles. Ubisoft's Assassin's Creed franchise is currently on its sixteenth release, with six in the core series. Activision has released more than 20 Call of Duty titles. The publishers of pro sport sims often plan releases for each season, resulting in even higher totals for a franchise like EA's Madden NFL, currently pushing thirty. Nor is sequel-mania the special province of the so-called hardcore gamer. At a conservative estimate, the Mario franchise has at least 19 installments, and that's only counting 2D and 3D platformers. Throw in genre variations like Paper Mario and the Mario Kart games and that number swells significantly.

The creative rut franchises sometimes dig for themselves have not gone unnoticed. At last month's Tokyo Game Show, the Game Designers' Award went to The Unfinished Swan, a standalone title that departs strikingly from formula. Afterward, Nintendo designer Masahiro Sakurai, who headed the award committee, spoke of the decision as a deliberate reminder of the importance of originality. "Is there any industry that relies so much on reusing and reusing their old titles as much as video games?" he wrote in Japan's most popular video game magazine, Famitsu, "Compared to other media like movies, dramas, animation, novels and comics, the glut of franchises and remakes is at an unnatural level." 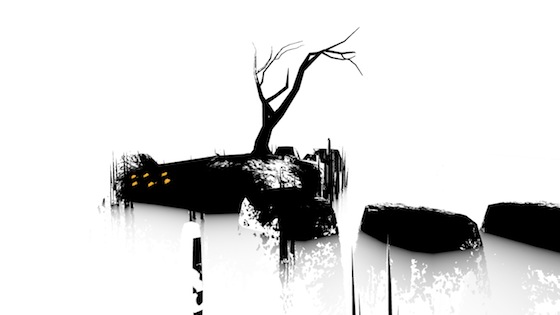 It may not be reasonable, though, to decide what's natural for video games by comparing them to other media. Doing so is particularly problematic if we explain the wealth of video game sequels by the one element which distinguishes gaming from a more passive experience like watching a movie. While big screen sequels like those in the Die Hard franchise build continuity around a style or a recurring character, the more fundamental bond that ties a video game to its sequel is interaction. By and large, you can expect to see the skills you learned in previous games reprised and extended with each new installment. The implicit message is that those skills were not learned in vain, that the franchise will continue to reward us for the time we invested in learning them. By letting us flex old muscles, sequels help justify the original.

Which is not to say that Sakurai is wrong. Video game franchises often exhaust themselves. We should laud originality in video games, particularly if it results in a great game. Yet, focusing on that point of continuity between iterations of a game franchise may help us better understand how video game sequels differ, at precisely the moment in video game history when we're most prone to judge them by the standards of other media.

Activision has released more than 20 Call of Duty titles

When a novelist decides to pen a follow-up to one of their novels, we expect them to have a new, but related story to tell. Traditionally, video games have bucked that expectation, either by reworking the same basic story —Mario, for one, has rescued princesses so often that plumbing is starting to look more like a hipster affectation — or by offering stories with little or no tangible relation to their predecessors. There have been, for the most part, precious few narrative links between one Final Fantasy game and the next, for example. In recent years, though, that expectation has shifted. We've come to expect franchises to maintain some level of narrative continuity, and Square Enix has accommodated by producing two sequels that continue the story of characters first introduced in Final Fantasy XIII.

Over the long run, that can lead to a kind of narrative delirium. The plot of any given Metal Gear game is dodgy at best, but the broader narrative stretched across the entire series is so convoluted as to be nearly unfathomable. In part, we can attribute that to the general loopiness of the game's writing, which, for some fans, has steadily become its main aesthetic draw. In general, though, the attempt to serve both an ongoing narrative and a core skillset will tend to erode one concern or the other. Over time, most long-running, story-oriented game franchises will either grow as incomprehensible as Metal Gear, or become practically unplayable in the service of telling a coherent story. The effort to devise a scenario that extends a previous story while simultaneously allowing players to flex old muscles ultimately proves too much of a challenge. 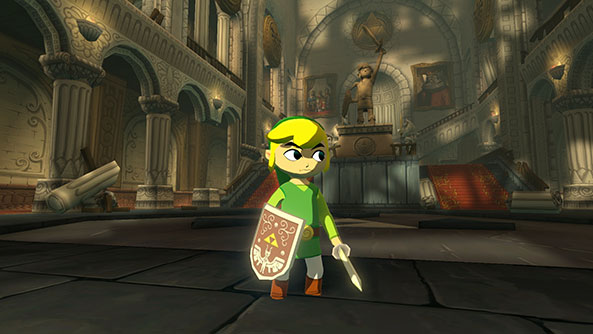 What we want more than an ongoing story, it would seem, is the opportunity to practice our skills in new arenas. Each new Hyrule in the Zelda mythos presents another set of variations on the problems we solved in the previous games. We're rewarded for knowing how to navigate a world, for being able to stun an enemy with a boomerang or reveal a secret passage with a bomb. We'll accept innovations, even a radical one like Ocarina of Time's shift to 3D, so long as they add depth to the skills we already know. Sequels that interrupt the iterative continuity of the series, often end up as a footnote. At best, they accumulate, like Zelda II: The Adventure of Link, a kind of dark horse mystique.

We might even go so far as to say that a good game transcends its incarnation as a sequel. We certainly talk that way sometimes. When someone asks what we're playing, most of us are as likely to say Fire Emblem as we are to specify Awakening, rather than one of its predecessors. In video game parlance, the name of the franchise is generally understood as shorthand for the latest installment.

Which suggests that the game itself is not any particular iteration of the franchise, but something more abstract that each one shares. Much like the recurring mythos that underlies their respective stories, Ocarina of Time and Wind Waker are not separate games, but the same game extended in slightly different directions. The real game, rather, is a set of behaviors, a battery of skills for responding to the sort of challenges that appear in each successive title. There are exceptions, of course, but the better we understand that as a general rule, the better equipped we'll be to see sequels for what they are, and more than that, what they could be.