Opinion: Horror games should explore what actually scares us

Share All sharing options for: Opinion: Horror games should explore what actually scares us

As is customary for the best month of the year, I've been watching, playing, reading and even writing a lot of horror fiction.

Watching a particularly gory slasher film the other day, my horror-averse girlfriend asked me — honestly — what's the genre's appeal. I thought about it for a second and spouted out something about how horror offers a safe space to explore the ugly, dark, violent things that we all have swimming in our brains. And then I went merrily on my way, cackling at an over-the-top, bloody surgery scene. She just shook her head and went to bed.

But that conversation has stayed with me as I've indulged in horror media over the past few weeks.

Not long ago, "kill all the zombies and watch a creepy cutscene" fairly described the creative breadth of horror games. These bloody distractions failed to live up to the brainy M.O. that I credit the genre of having.

Horror games changed during this console generation. They took risks, often stripping away powerful weapons. They got scary. I'm struck by how quickly horror in games has evolved, offering a more interesting exploration of a dark theme, or expanding on the horror formula beyond relatively simple action tropes.

The horror genre is diversifying, arguably more so than any other genre in the medium. Last year's The Walking Dead treated writing, character and theme as more than an afterthought to gnarly weaponry. Recent titles like Amnesia: A Machine for Pigs, Eldritch and even Outlast have expanded the horror formula, and all of them came out in the last month alone.

The horror genre is diversifying

I think this progress is evidence that horror games are ready and poised to give us horror based on much scarier stuff than zombies and demons. They should strive to achieve horror's full potential. They can — and should, perhaps — start to examine the things that scare us in real life.

I think interesting and important work could be done that explores and examines the things that terrify most rational adults. Things like disease and the fear of becoming debilitated. Abuse. There could very easily be a Johnny Got His Gun equivalent in gaming. Or a game about the horrors of cancer and chemotherapy and the brutal uncertainties associated with both. 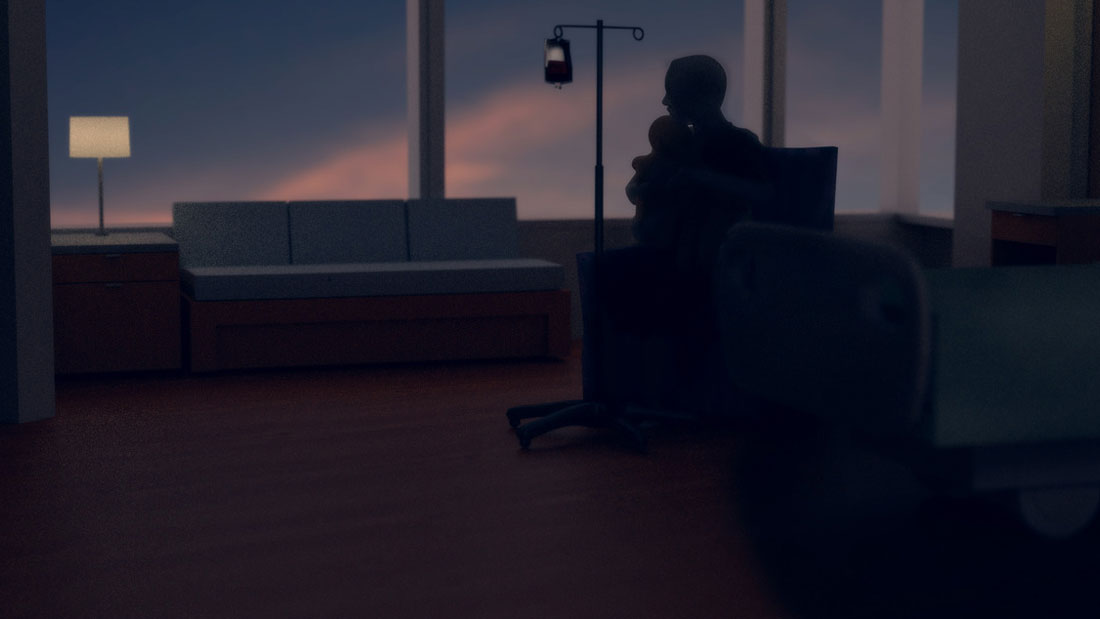 While we're on the subject, I'd like to see a horror game from a feminist perspective that tackles issues that affect women in particular — stalking, violence against women. The subject matter that's constantly used as fodder in "traditional" horror, but from a point of view that actually makes sense and attempts to parse the complexities and miseries associated.

There have certainly been games that have attacked some of this subject matter before. That Dragon, Cancer centered on a child suffering from a terrible illness, and Mattie Brice's Mainichi touched upon the subject of street harassment.

But I'd like to see the designs taken a step further, into honest-to-god horror. I want to play something that actually scares me, with an approach that pulls no punches with its subject matter and faces the cruel, upsetting realities associated with whatever that might be. That's what horror is good for, and why so many of us love it — or even need it.

Obviously — and I wish this went without saying — a horror game based on real-life violence and disease would require a skillful approach and a respect for patients, victims and sufferers of whatever condition or topic such a game were to address. But the same goes for any book or movie or play based on a difficult or taboo subject, horror or not.

Would they all be fun to play? Maybe not, but they don't need to be — see Cart Life, Papers, Please and the like. Horror isn't always fun to watch, but if you enjoy it, if you are compelled by good storytelling and dark subject matter that speaks to something in you, you find it worthwhile.

Every Pokémon Scarlet and Violet sandwich and ingredient