Beyond: Two Souls began with a photo of Ellen Page

Share All sharing options for: Beyond: Two Souls began with a photo of Ellen Page

Beyond: Two Souls, the latest emotional action game from Quantic Dream and director David Cage, began to take shape when he happened upon a photo of Ellen Page and knew she was his main character, he said in an interview with Kotaku.

Cage told Kotaku that Beyond started with the idea of making a game about death, a concept that came to him while he was attending the funeral for a close friend who had passed away.

"I started writing the first scene of Beyond: Two Souls and I asked myself, 'Who is my main character?' I thought she should have this strength inside her. She's courageous and she's brave," Cage explained. "But at the same time she is just a little girl."

After doing some searching, he found the following photo of Page at age 16, and it was "exactly what I was looking for," said Cage: 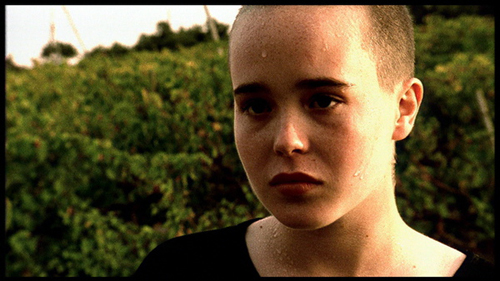 Cage continued to write the Beyond script for the next year, and it ended up with "pictures of Ellen all over the place.

"I began to realize that might be a problem," Cage continued. "Because I realized I was going to have to ask Ellen to be in the game."

Luckily for Cage, Page agreed to star in the game when the two first met in Los Angeles. Beyond: Two Souls, with Page as protagonist Jodie Holmes, will be released Oct. 8 on PlayStation 3.