First Gamers4Christ Tour event to be held Oct. 12 in Texas

Share All sharing options for: First Gamers4Christ Tour event to be held Oct. 12 in Texas

The first-ever event of the Gamers4Christ Tour will be held Oct. 12 in Whitehouse, Texas, according to organizers.

Attendees will be able to play and participate in tournaments that will begin at 10 a.m. with games like Injustice: Gods Among Us, Halo 4 and Street Fighter 4. It will also offer skateboarding, BMX biking and prizes for tournament winners. Proceeds will support Better Than Gaming, a pediatric cancer outreach program that sends Xbox consoles, games and Xbox Live accounts to hospitals.

The event will kick off at 9 a.m. CT and last until dark at the Gateway Baptist Church. The admission fee is $5.

Founded in 2011, G4C organization is the brainchild of Bradley Young, who began hosting combination gaming sessions and bible studies in 2011. You can see Young's video explanation of the event and the organization in his own words above. 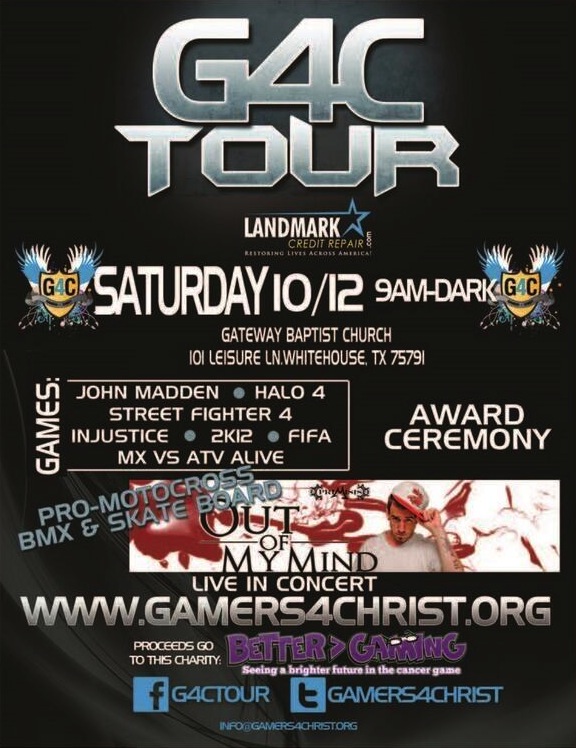