The current console generation gave people new ways to interact with music through video games. Primarily, those titles consisted of peripheral-based experiences that simulated the act of playing along with songs (Rock Band, Guitar Hero and their ilk) or dancing to them (Dance Central, Just Dance and others).

Although it eventually became possible to actually create music in some of those games, they weren't well suited to that purpose; the processes tended to be complicated, unfriendly to novices.

Enter Zya, a free-to-play iOS game from Calabasas, Calif.-based developer Music Mastermind that is being published by EA Chillingo. With Zya, the studio is looking to reach music aficionados — regardless of their level of innate musical talent — and give them the ability to easily make their own music and put together professional-quality mashups of popular songs. The app comes with numerous beats and melodies for a wide variety of digital instruments, and musicians can use them to create songs from scratch. But perhaps more impressive is Zya's capacity for building mashups: the way the app simplifies and automates complex music-mixing procedures to make them accessible to everyone.

Zya allows you to "create music with the songs you hear every day on the radio," said Dylan Stevenson, product evangelist at Music Mastermind, during a demo of the game to Polygon last week. At launch, Zya will come with 20 licensed songs across pop, rock and hip-hop, including hits such as Robin Thicke's "Blurred Lines," Kelly Clarkson's "Stronger," Lady Gaga's "Paparazzi," Outkast's "Ms. Jackson" and Maroon 5's "She Will Be Loved."

Stevenson took us through the process of making music in Zya with an existing song as a foundation: You pick a band member and a particular piece from a song, and go from there. Stevenson started out with an in-game character called Jane Doe, a punk-rock chick, and selected the bass part from "Stronger." Those stems aren't static — Zya allows you to tinker with them, and Stevenson tapped out a new rhythm for the bass line on the iPad he was using.

Next, you fill out your band with other characters, which is where the video game elements of Zya make themselves known. You'll earn score bonuses with "hitmaker combos" for putting certain musicians together. You can continue to layer in hooks from additional tracks, like putting the verse from "Paparazzi" alongside the bass part from the "Stronger" chorus. Or you can record a custom instrumental part with just your voice. After you sing into your mobile device's microphone to lay down a melody, you can turn it from a vocal part into instruments like piano and guitar or apply mic effects such as reverb and delay.

To put it all together, you choose a virtual producer to mix your creation; the producer's genre background will influence the sound of your song. From start to finish, the entire process took Stevenson less than 10 minutes. Zya can be hooked into services like Facebook and YouTube, and Stevenson uploaded his mashup directly to a YouTube video. He received "fan points" for doing so, and as you create more music, you'll rank up and unlock new band members.

At this point during the demo, it became apparent that there's some powerful technology behind Zya. The mashup process alone is impressive — the game allows you to combine parts of songs in different keys and tempos into something that sounds cohesive rather than disjointed. To make that happen as quickly as it does, Zya takes advantage of cloud-based mixing technology. The game caches hooks at different keys and tempos in the cloud, and is able to stretch and condense them on the fly.

"Zya's cloud tech is as powerful as Pro Tools, if not more," said Stevenson, comparing the game's capabilities to those of professional music-making software. "It takes a lot of heavy lifting to do this."

Zya itself is free to download, and users can make in-app purchases to add licensed effects like Auto-Tune to the game's library of audio processing tools; Stevenson explained that professional producers pay thousands of dollars to use those kinds of effects in the studio. Players will also be able to buy additional songs — accordig to Stevenson, Music Mastermind has licensed many more than the 20 that will launch with Zya.

"Zya's cloud tech is as powerful as Pro Tools, if not more"

Those microtransactions are one of the keys to Music Mastermind's ability to develop something like Zya, since they tie the game closely to the music industry.

Matt Serletic, the studio's CEO and one of its co-founders, comes from the music business. Over the course of a career that began in the 1990s, Serletic has worked as a Grammy-winning songwriter and record producer for artists such as Matchbox Twenty and Santana. He also has experience at the executive level, having served as the chairman and CEO of Virgin Records from 2002-2006. 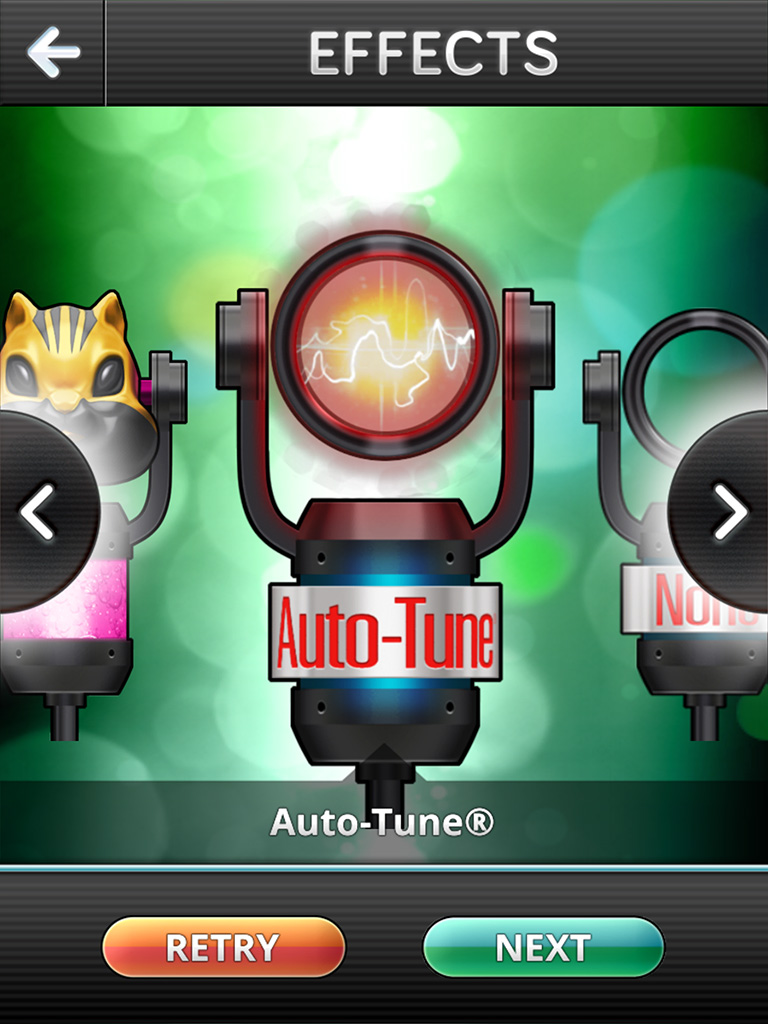 "First and foremost, we pitch [Zya] as a way for artists and music creators to interact in a whole new way with their fans," said Serletic in an interview with Polygon after the demo. "What's exciting is that we watch artists' eyes light up [with Zya], because they want to find new ways for their music to touch people and engage people."

The record industry is renowned for its reluctance to embrace new business models in the digital age, and even though the pitch for Zya was coming from someone like Serletic, it took a while to get record labels on board. But as an individual with a long history in the industry — as Virgin Records CEO, he introduced bills in Congress to protect musicians' intellectual property — Serletic understands the difficulties that music executives face.

"As [with] any business that's solidified and been there for a while, it takes a while for everybody to understand what the new road ahead looks like. So these [deals] took, really, a couple of years of talking to our partners to get them comfortable," he explained.

Serletic wants Zya to be mutually beneficial for Music Mastermind and for the music industry. The studio sees the game as a new revenue stream for the artists and record labels involved, and "they're responsive to that," said Serletic. "What's really cool is that they are, now, very supportive." 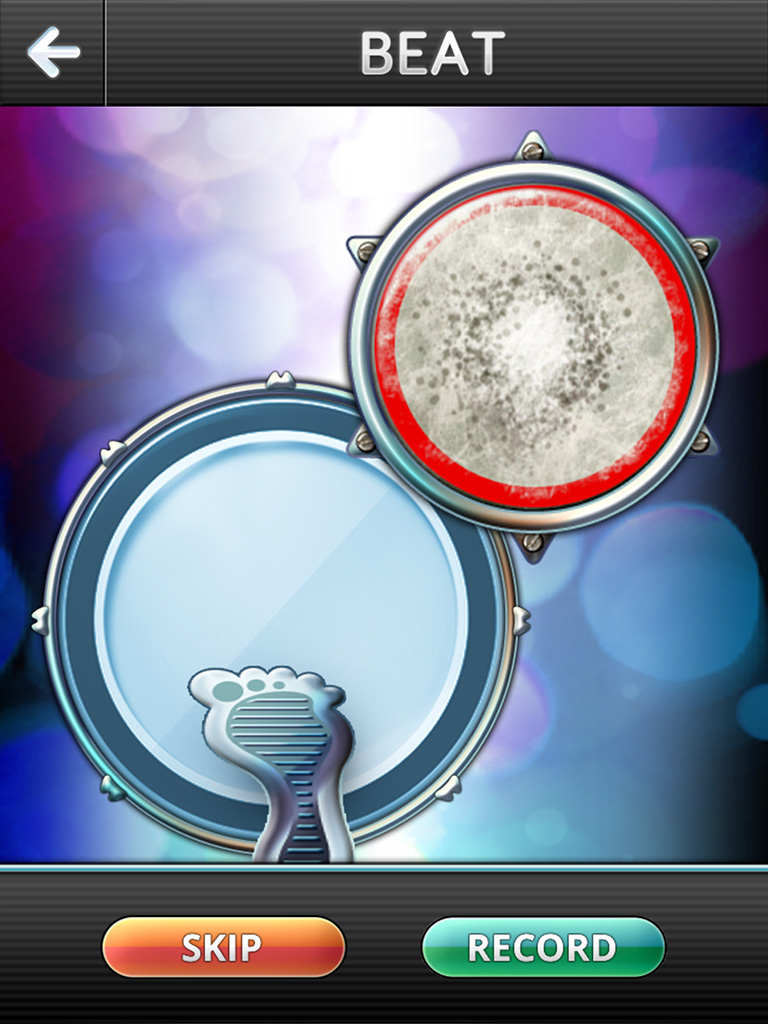 He also pointed out that as of now, musicians aren't being compensated for the countless mashups that people are making and putting up on the internet. Zya changes that: It opens up the mashup-making process to a wider audience than ever before, and cuts in the original creators, too.

"[Zya] creates, [for] the first time ever, a legal way for people to do this on a mass scale and really engage with music. It's just completely legal; it's something that's supportive of creating new revenue for the artists and the songwriting community, as well as creating a whole new experience for the consumer," said Serletic.

Music Mastermind is set to launch Zya later this year on iOS, and is also working on an Android version that it plans to release at some point in the future. The game's current library of songs spans rock, pop and hip-hop, but according to Serletic, the studio will see which genres community gravitates toward and requests, and then add new songs based on that with content updates "every couple of weeks or so."

"We think this is a way to break down walls between people and let them communicate musically in a whole new way," said Serletic.