How the water physics of Where's My Water? led to the addictive pattern play of Stack Rabbit

Share All sharing options for: How the water physics of Where's My Water? led to the addictive pattern play of Stack Rabbit

That was the question looming over the original development team at Disney Interactive. About two years later, it was time to make a brand new original game. After playing with and iterating on some initial ideas, they're ready to unveil their new game, Stack Rabbit, a free-to-play puzzle game for Android, iOS and Windows mobile devices.

Polygon recently spoke with VP of Creative at Disney Mobile's Glendale, Calif. studio, Tim FitzRandolph, about how the developers tried to capture the essence of what made Where's My Water?

There's a theory about how to make good games at Disney Interactive, FitzRandolph said, and that begins with internal prototypes known as "toys." With Where's My Water?, two keywords lead the development of the toy: physics and water. With Stack Rabbit, it was all about patterns.

"We were looking at games that can really appeal and be easy to play and easy to understand but still have a lot of depth to them, for a wide audience," FitzRandolph said.

The initial focuses are a way of connecting players with the game through a concept. Even if they don't know it, everybody understand the building block of physics when they see it through water. FitzRandolph believes that, because pattern recognition is something humans do all the time, it will serve Stack Rabbit like water served Disney Mobile Glendale's last original game and others like Bejeweled and Tetris. 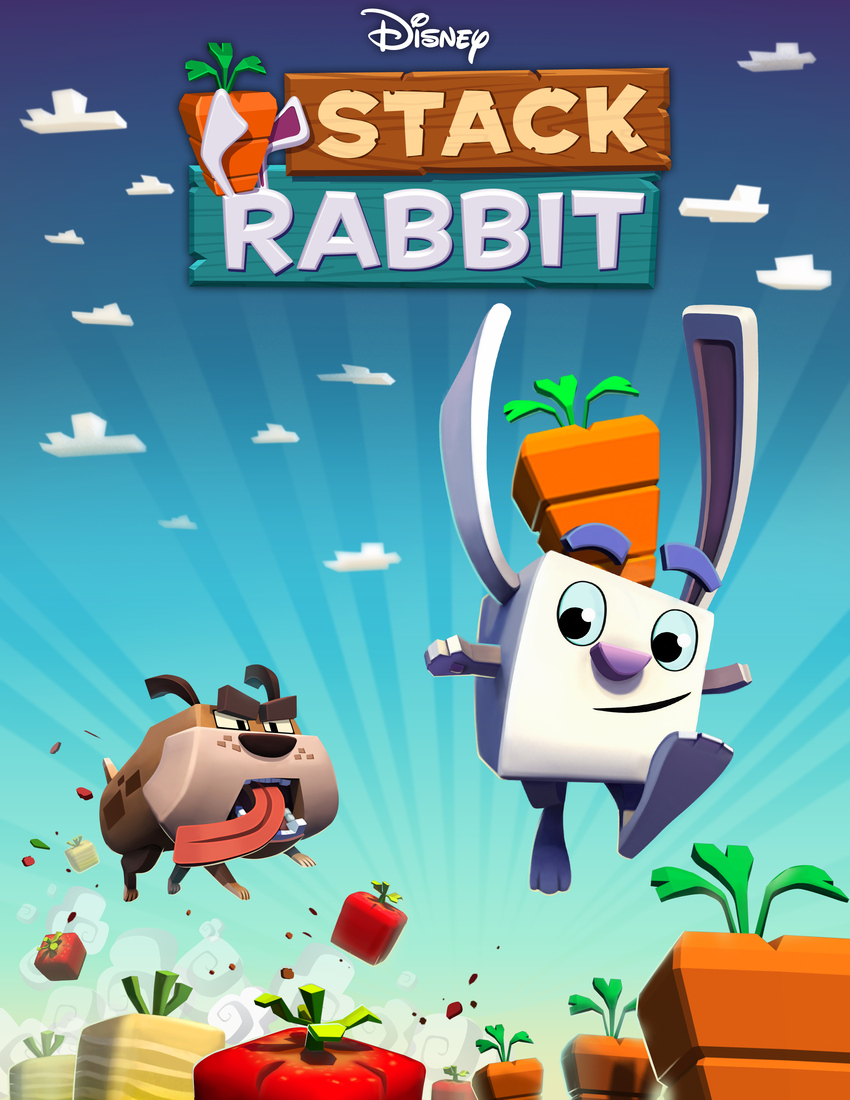 Perhaps just as important to the game was its character. Where's My Water? has Swampy, the lovable protagonist who both entertains and helps players understand the game's core conceit.

"We had this game that we came up with, where you kind of dig underground," he said. "We knew we had to have dirt that you could dig away, and we wanted you to get water from point A to point B."

The initial goal was for players to be able to figure out what they needed to do by simply looking at the screen. Swampy made that possible.

"The original genesis for him was, if we had a character standing in a bath, banging on the pipes because the pipes weren't working, and you saw that you could get water into the pipes for him, that'd be a really visual way to understand the goal of the game."

"A really visual way to understand the goal of the game."

Stack Rabbit introduces another character, Ben the rabbit, who lives on a grid filled with things to match. FitzRandolph estimates that the developer began work on the project about nine months ago, building the toy, figuring out how the world would work, piece by piece and mechanic by mechanic.

The game's direction and metaphors became obvious even in the first prototypes, as animated blocks grew out of a grid. They looked like crops, which meant that setting the game on a farm where an animal collected and stacked loot would be helpful for players.

"We realized that setting our game on the farm [where] you are playing as a character collecting or stealing the items from the farm would make for an interesting character, but it would also make the game make more sense, make the rules make more sense," he said, "so you wouldn't have to feel like you start off the game learning a million rules just so you can learn to play it."

After months of work and a lot of thinking, Stack Rabbit is available today on app stores worldwide. There's no way to know whether this will be a hit on the order of Where's My Water?, but it's clear that FitzRandolph is excited about it nonetheless.

"We can't wait to see what people think of this one," he said. "And then go on and make some more."