A new Halloween trailer for Castlevania: Lords of Shadow 2 explores the story behind Gabriel Belmont (aka Dracula) and his confrontation with Satan, as well as his ongoing family troubles, as the Belmont clan seek to foil his plans.

Developed by MercurySteam, Castlevania: Lords of Shadow 2 is due to be released by Konami on PlayStation 3, Xbox 360 and Windows in February. Konami also announced a 'Dracula's Tomb Premium Edition' today, for Europe-only, featuring a tomb casing packaging, a copy of the game, four miniature figurines, an A4 hardcover art book, and a steel-book. No price has been announced. 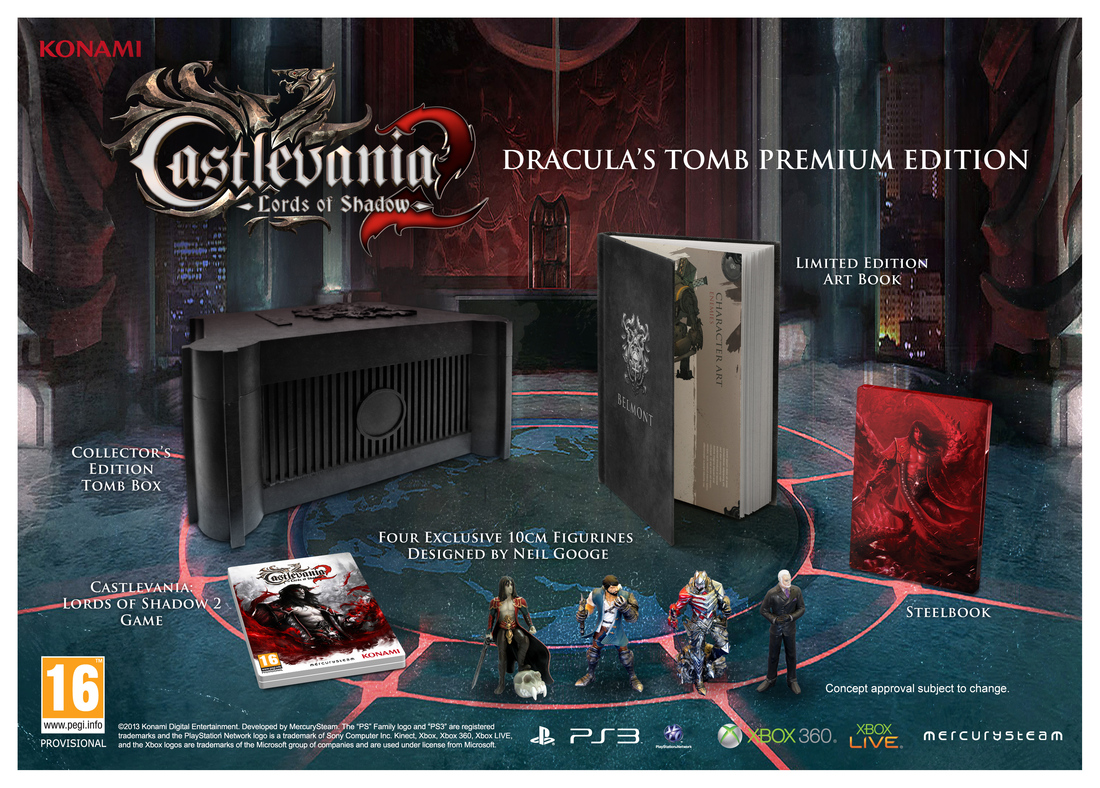