For Electronic Arts, the maker of the NCAA Football series of college football video games, the long court battle in the collegiate athlete player-likeness lawsuit is ending — as is the series itself, at least for now. But that wasn't the goal of the lawyers for the athletes.

"We would've been happy to have the game go forward. It was never our intent to not have this game [continue]," said Leonard Aragon, partner at the law firm Hagens Berman Sobol Shapiro LLP and co-lead counsel for the players, in a phone interview with Polygon this week.

The court case encompasses an antitrust suit filed by Ed O'Bannon (formerly of the University of California, Los Angeles) as well as right-of-publicity suits filed by Sam Keller (formerly of Arizona State University and the University of Nebraska), Ryan Hart (formerly of Rutgers University) and Shawne Alston (formerly of West Virginia University). EA, the NCAA and the Collegiate Licensing Company (CLC), an organization that handles licensing for dozens of schools, are named as defendants in the suits, which charge that the three companies profit from the players without compensating them in media such as EA's NCAA Football games. 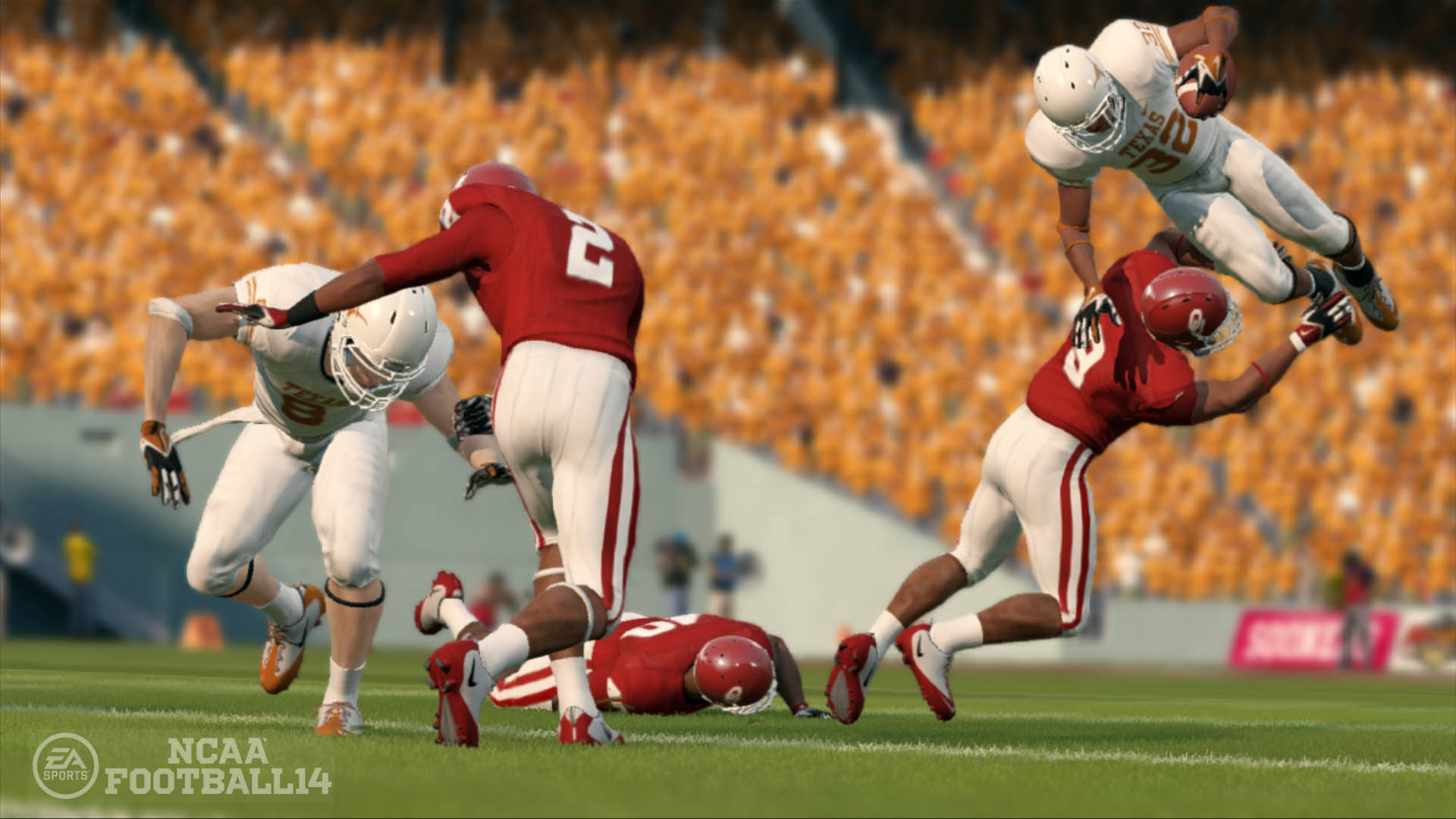 Last week, EA and the CLC filed papers in court to say they had reached a settlement with the student-athletes, later reported to be in the amount of $40 million. That would leave the NCAA as the sole defendant in the proceeding, and the NCAA indicated last month that it is prepared to continue fighting.

In addition, EA said last week that it will not release a new college football title in 2014, after indicating over the summer that it would press ahead in spite of the lawsuit. That means that for now, this year's NCAA Football 14 will be the last entry in the 20-year-old franchise.

Aragon declined to comment on the reported amount of the settlement, but did provide a few details about the nature of the agreement between his clients, EA and the CLC.

"That's not us. We didn't tell them to do that," said Aragon, when asked to comment on EA's cancellation of next year's college football title. "We would be fine if they published a game."

According to Aragon, there's no language in the settlement agreement that prevents EA from continuing to develop and publish college football games. In fact, said Aragon, "There's really nothing about future name, image or likeness use [in the agreement].

"There's nothing stopping [EA] from making the game, so long as they don't use players' names, images or likenesses. Or [they could] pay the students, which they didn't really agree to," said Aragon.

The allocation and eventual delivery of the settlement funds remains a question mark. Aragon said the parties have agreed to a settlement in principle, but still have to figure out details such as the way in which the money is distributed. That's because the case contains different groups of student-athletes.

Aragon went on to note that since the antitrust players don't appear in EA's games, they can't claim a lot of economic value to their name, image or likeness. Thus, they don't have much of an argument to receive financial damages in the settlement — or at least, not nearly as good of an argument as the right-of-publicity plaintiffs. So it's likely that the latter group will get paid more than the former group.

"We would've been happy to have the game go forward"

But there's a bigger question even after the money is divvied up: Will current student-athletes be able to receive the money immediately? According to the NCAA's eligibility rules, athletes cannot profit from their name while they are in school — a stipulation that was the basis of these lawsuits in the first place.

The NCAA has not yet indicated if it will allow current players to claim funds from this settlement. But earlier this year, when Texas A&M University star Johnny Manziel filed suit to protect his nickname, "Johnny Football," the NCAA said it would allow players to keep funds received as the result of a legal action.

Aragon noted that there's nothing in this settlement about the potential for EA and the CLC to pay players for their likenesses in the future, a setup that would allow EA to bring back the video game series.

"If the NCAA would allow student-athletes to receive some compensation for appearing in video games, that's something that we would be amenable to and would certainly listen to as part of a settlement, but we haven't heard anything yet," said Aragon.

In the meantime, after canceling next year's game, EA combined the NCAA Football developers at EA Tiburon with the studio's Madden NFL team, and laid off a number of employees from both teams in the process. A representative for EA declined to provide specifics on the personnel cuts to Polygon, but said that at this time, the company has completed the layoffs that resulted from the cancellation of the game.