Avalanche wanted to make a post-apocalyptic game for quite some time so the team jumped on the chance to work on the grandfather of post-apocalyptic wastelands when the opportunity arose. Currently developing the Mad Max franchise-based open-world game, a project that has proven to be both amazing and intimidating, the studio are set on acknowledging the Australian heritage of the post-apocalyptic series of cult movies.

"We want to cater to the fans, we want to make them happy — but we are also the fans we grew up with the movies," senior gameplay designer Emil Kraftling told Polygon at the EB Games Expo in Sydney. "We really acknowledge the Australian heritage of the franchise. And we are confident in our love for the franchise; we hope we can bring that across."

"It has been awesome to be here in Australia the fans have been fantastic and enthusiastic," he said. "They ask about Australian connection and comment that it now has an Australian voice actor for Mad Max. They really like that and we really like that as well. It was such a good thing that we were in such a position to act on that feedback and we had that opportunity to say, 'Of course, this is what we should do and we can do it,' and the game is much better off for it." 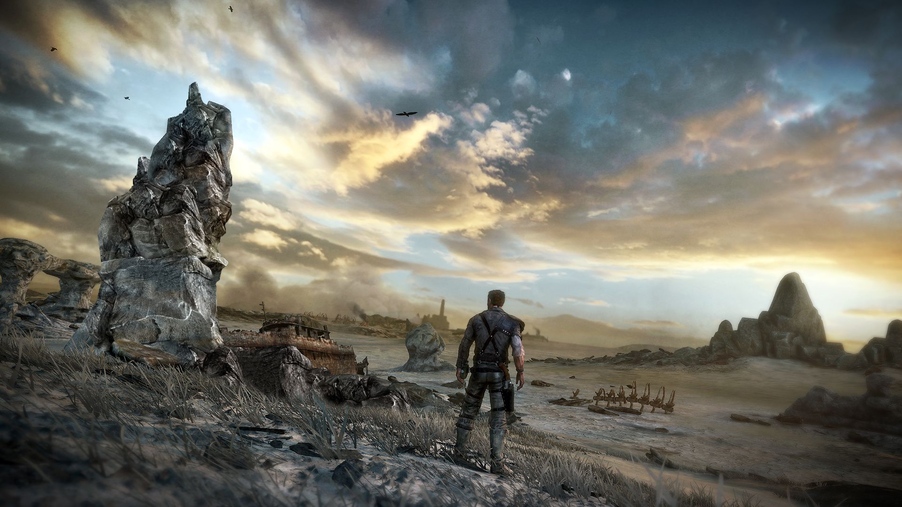 As for including Australian-accented NPCs into the game, Kraftling explains that the wasteland is a very diverse place that incorporates all of the world.

"We don't where it is set, we don't know where each character is from because they can potentially be from anywhere," he said. "We are still in the casting process and we really acknowledge the Australian heritage of the franchise, so we really are looking to have more than one Australian voice."

"We are very meticulous in getting real Australian actors and not Americans faking it," Kraftling said. "We have some Aussies in the studio and we always do a run by them to a check and see if the accent sounds Australian."

Avalanche and the game's composer Mats Lundgren endeavor to stay true to the franchise's musical stylings, with the goal to capture the wildly contrasting compositions of all three films.

"He has a really great soundtrack going," he said. "It is really hard — I assume it has been really hard for him to tackle because the soundtracks of the movies are not similar across the board, there are unique flavors in each of them. So what he has done with soundtrack is really... you get goosebumps listening to it. I think it is striking."

"The game is very different from how the movies are structured," he said. "And we have done some really awesome things with the music system in the game where it is very dynamic to what you do and where you are and how the music changes. How the mood fluctuates, uses music as a tool for bringing those feelings across to the player, like when you are thrown into a combat situation, it reflects that." 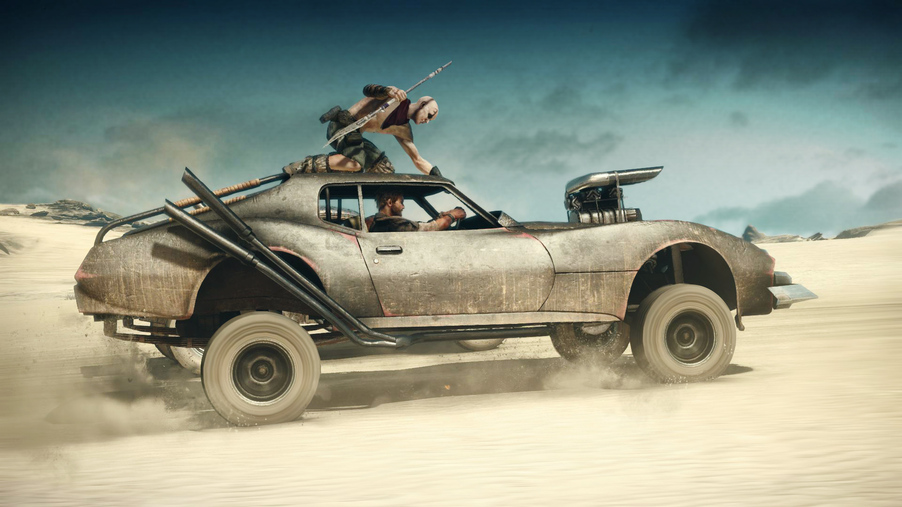 The game's story revolves around building Max's new vehicle, the Magnum Opus, because his original car, the Pursuit Special, is stolen at the beginning of the game's story. Teaming up with a mechanic called Chumbucket, Max works to create and upgrade the new car, with both characters having different reasons for building the vehicle.

"It is a great world in terms of how to visualize this the art direction of it there is so much to do with it for the characters but also for terms of the cars," Kraftling said. "The cars are such characters themselves in the movies with all of these custom built wasteland cars."

Narratively, the vehicle is a tool for Max to get away from the wasteland, as he wants to get away from the dangerous land. His sidekick, Chumbucket, is a religious nut who is semi-erotically attached to mechanical objects. For him, the car is an embodiment of the gods.

"How the car upgrades is up to the player you have to suit the players play style," Kraftling said. "If you are aggressive, you put on rammer bumpers or ramming grids.; if you are a defensive player, you can put armor on it for broader protection; if you are kind of a special player who wants to play with the harpoon and other types of weaponry, you can do that too. The idea is that no two players will have the same version of this car. It will look different.

Vehicle permutations are "near endless," according to Kraftling, Players can upgrade the car's components, such as tires, suspension, body types and chassis which all have an effect on the car's physics.

"It is entirely physics based. It is really to an extent where if you put a huge ramming grid on a car, it will weigh it down," Kraftling said. "If you go in an upgrade the suspension, it will go back up. Every little upgrade that you do to the car will have some sort of ramification to it and you have to use that to fine tune it. Like if you go really really defensive, your car will be slow and it will have trouble going up hills that are very steep because it just doesn't have the power to support all of that weight."

Every aspect of the game is simulating physics, but not real physics, according to Kraftling, over-the-top Hollywood physics. He also explained that the car's fuel consumption will differentiate depending on its upgrades and how the player handles the throttle, saying players can "eco drive" if they wish to.

For instance, different tires will perform with varying results depending on the driving surface. A set of tires good on tarmac will not perform well on gravel or sand, of which there is an abundance.

"But we have various environments in the world," he said. "The one we have shown off so far is the called the Great White and it is an old coastal line, basically. It has sandy dunes, coral reefs, shipwrecks and everything that you would expect to find at the bottom of the sea that humans had dumped there over the ages. 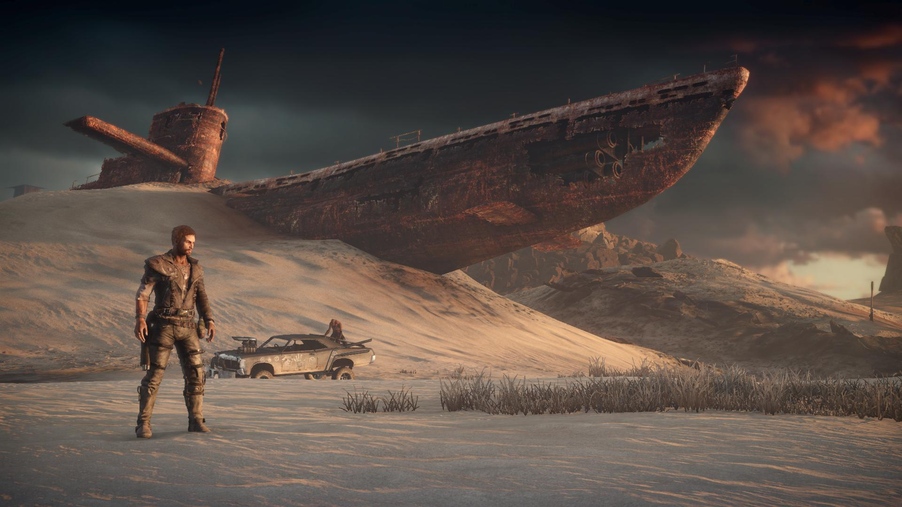 "It is a desert filled with these small things to discover this telltale of things past and tells a tale of what was this place compared to what is the world right now," he said.

Kraftling explained that each section of the world will be unique in terms of visuals, gameplay and types of enemies.

"Enemies will change depending on what environment you are in battles they can vary in difficulty in places of the world," Kraftling said, "You could potentially come up on a camp, and see that this is a really difficult camp and back later when you upgrade the car and gun a lot stronger."

The car, Kraftling says, is an extension of the players avatar. Vehicle combat is the game's major focal point, complimented with a robust melee system, which seamlessly blend, so there is no "now you are in the car gameplay and now you are on foot gameplay."

As it is a game set in the Mad Max universe, an unforgiving world where every piece of resource is fought over, its violent nature will be reflected in the game. While the game is not even close to being rated yet, Kraftling said that the studio will go "lengths and bounds to make sure that it is released in Australia."