Share All sharing options for: Beyond: Two Souls review: hand in hand

Review and information for Beyond: Two Souls

Talking about Beyond: Two Souls requires a bit of context.

Developer Quantic Dream has been trying to perfect its distinctive form of interactive storytelling for a decade now — the studio seems to have less interest in traditional games than an Old West schoolmarm. Beyond: Two Souls has no narrative ties to previous Quantic Dream titles Indigo Prophecy and Heavy Rain, but it shares a majority of their DNA.

On its third pass, Quantic Dream is closer than ever before to nailing a seamless interactive cinematic experience. And Beyond: Two Souls is so refined in its technique, I'm actually able to write "cinematic experience" with a straight face.

Beyond: Two Souls introduces a gifted young girl named Jodie. Like many tots her age, Jodie has an imaginary friend, but unlike, say, Mr. Snuffleupagus or Drop Dead Fred, Jodie's pal Aiden is very real, a supernatural entity with the ability to possess people, move objects seemingly on their own and heal wounds. Jodie (played wonderfully by Ellen Page) is left by frightened parents in the care of scientist Nathan Dawkins (Willem Dafoe), who becomes something of a surrogate father to the young girl as he tests the limits of her abilities.

Quantic Dream leaps chronologically though 15 years of Jodie's life, but it's not a straight shot to womanhood. Beyond's story is constantly bouncing around, hopping from a scene of Jodie training with the CIA to her first night being studied by the government to a party in her teenage years.

How exactly you interact with Jodie and the world around her varies pretty widely from scene to scene. You may need to choose whether Jodie answers a question with hostility or compassion. You may need to steer a motorcycle through winding mountain roads as you try to evade police. Or you may simply be making dinner for a new boyfriend with a series of timed button presses and thumbstick turns.

Of course, Jodie isn't the story's only protagonist — you can also switch control to Aiden at (almost) any moment with a button press. Controlling Aiden is liberating, with his ability to fly at will through walls and ceilings. He's also a great scout who can often pick up snippets of conversations Jodie would have no way of hearing otherwise. Playing as both the lead character and a spirit watching her from a distance effectively establishes a believable emotional connection between the two.

I probably could have gotten away with grousing about "quick-time events" after Indigo Prophecy. But this is Quantic Dream's third pass at this formula and it's clear that this is how the studio wants to handle action, and it seems comfortable letting players like it or lump it.

There are some genuine "action" sequences, like the aforementioned motorcycle chase or a couple of stealthy bits. But most of the higher-intensity sections ask only timed button presses to keep the action going. Beyond: Two Souls asks more that that player stay invested rather than be skilled.

Having adjusted to Quantic Dream's quirks, the only frustration I had was having so little freedom to experiment when playing as Aiden. The spirit can only possess specific people or items, and they are almost always required to move the story forward. I craved more flexibility here, a sense that I was driving the experience rather than watching from the back seat.

Beyond: Two Souls asks more that that player stay invested rather than be skilled 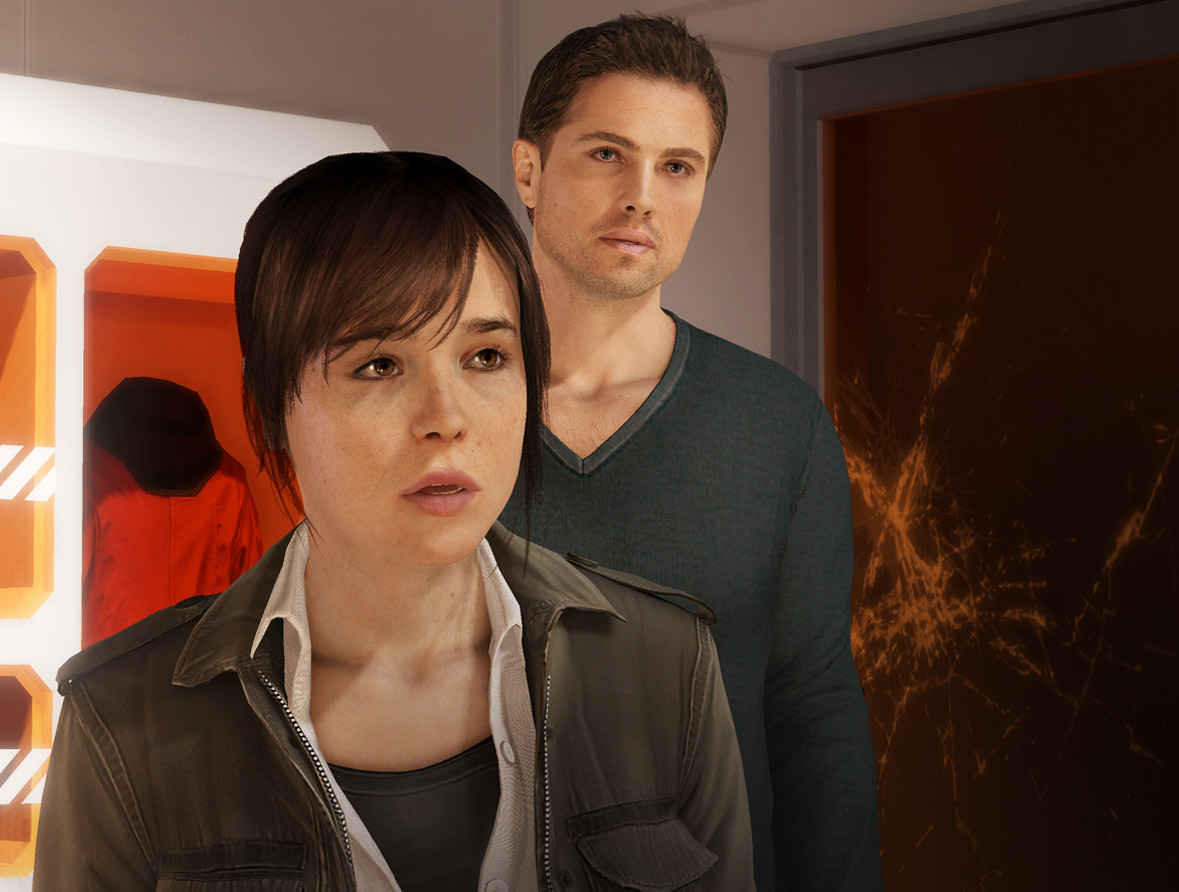 Despite that frustration, Beyond: Two Souls often succeeds where predecessor Heavy Rain failed because the storytelling is so much better. The performances are vastly improved — thanks in no small part to better actors — and the motion capture is staggeringly great. The detail of animations, both in faces and bodies, manages to leap right over the uncanny valley and into the realm of believability. In a few moments, like when I watched Jodie struggle gamely carrying a bale of hay into a barn, I would have sworn I was watching a real person. The environments are absolutely stunning, which helps the verisimilitude.

Unfortunately, David Cage and co. haven't made similar strides in writing. While it's certainly their best effort yet, there are still plenty of clunky lines that fall flat. There's also a sterile, half-hearted attempt at romance that's so contrived it actually drags down many of the story threads connected to it.

The romance fails in part from the severe lack of personality in Jodie's love interest — a recurring issue for the characters that fill Beyond: Two Souls. Jodie is well rounded, but she's surrounded by cookie cutters that seem to exist only to keep her own story moving forward.

The non-chronological storytelling device also frequently loses dramatic steam, zapping Jodie from intense moments in her life to more benign points. This would have been a worthwhile trade-off for flashbacks that colored the events of the future, but that's rarely the case. Typically, these shifts feel a little disjointed, despite the appreciated additional variety in settings.

With Beyond: Two Souls, Quantic Dream has smoothed away nearly all the rough edges in how it presents its stories. The other edge of that sword is that it lays the stories themselves bare to be judged entirely on their own. With so many of the traditional elements of gameplay stripped away, like challenge and exploration, a tremendous amount of weight is put on Beyond's story to carry the day. While it's exhilarating to see a team that has worked so hard to perfect a new way of telling stories, I couldn't help wishing they had a perfect one to tell.

Our review of Beyond: Two Souls 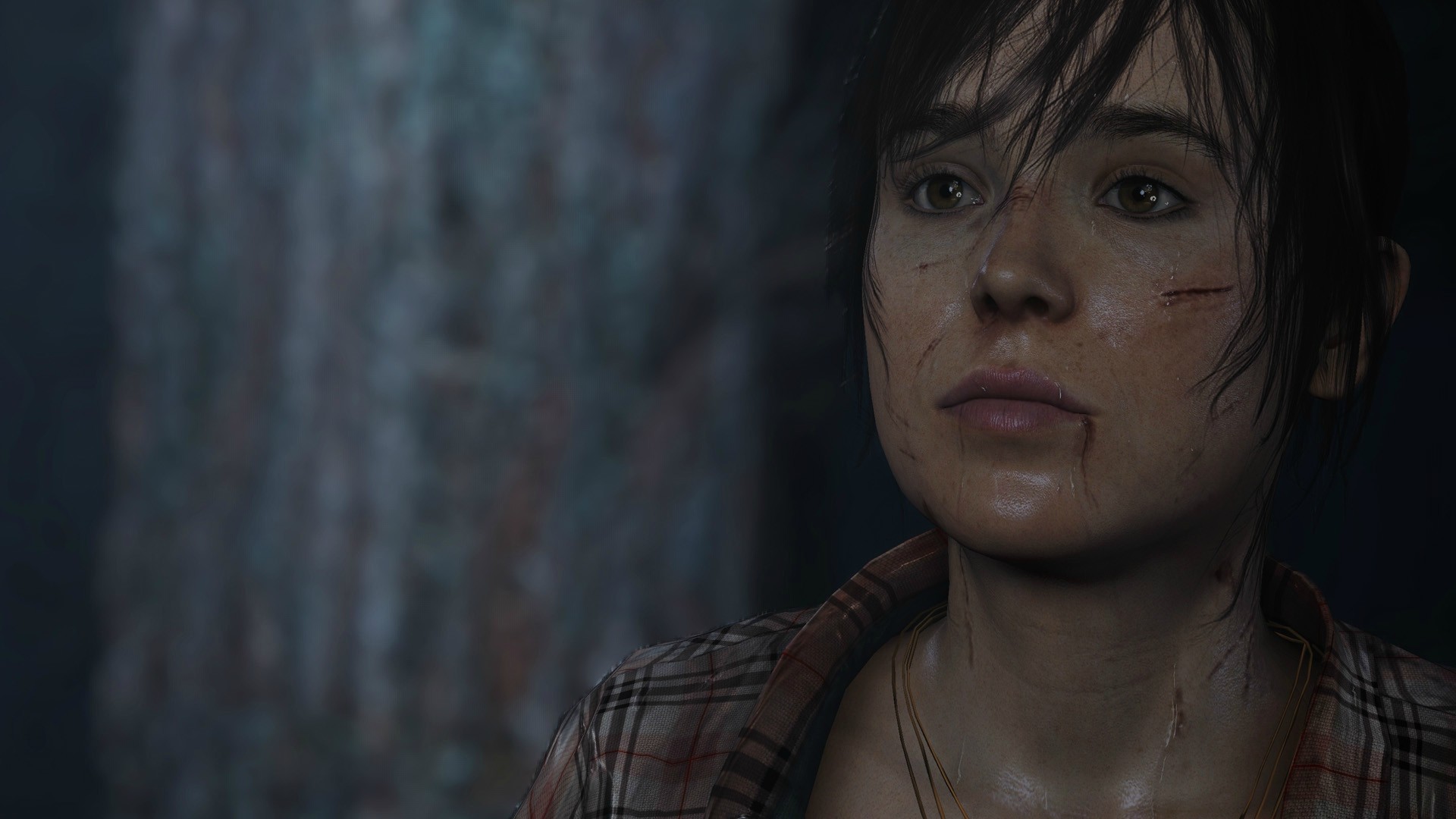