Toon Hero, an iPad app that allows users to create their own animated stories, is adding Portal 2 character P-body to its lineup, Trigger Happy CEO Shona Grundy told Polygon during a recent interview.

Trigger Happy's collaboration with Valve's began at San Diego Comic-Con 2013. According to Grundy, Valve was impressed by the company's app — so much so that they offered a crossover with one of their brands.

"It's kind of experimental from both sides, but we know that fans really engage with Valve and their brands, and Toon Hero is a really great platform for that," Grundy said. "It's a brand new way to engage with the gaming brand."

In Toon Hero, users construct digital storylines, jokes, greetings and more through videos, which can then be shared with friends. The app already boasts themes and characters from Jim Henson, National Geographic, Mukpuddy and more. Grundy described the app as a way to get a user's story "off the page and onto the screen."

"It's not just about the way [characters] look," Grundy said. "It's about how they move and express themselves that gives them character." 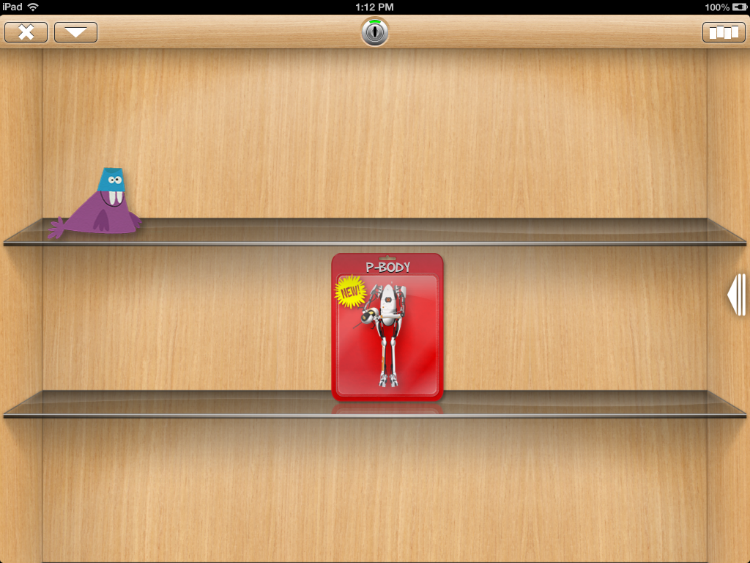 In the case of P-body, Grundy said, his personality shines through his movements and mannerisms.

"It's a really different look and feel, because the game was made in 3D and so they've adapted to fit the 2D platform," Grundy said. "[But P-body] is still who he is."

Toon Hero is available as a free download via the iTunes App Store; characters, backgrounds and more can be purchased in-game.