I would hate to ruin your first viewing of Gravity. Minor spoilers ahead.

Gravity is like a video game, in the most flattering ways. The biggest October film ever, directed by Alfonso Cuarón and written by his son, Jonás Cuarón, is about an unlikely astronaut, Ryan Stone, and her fight to survive the space equivalent of a traffic accident.

Gravity is like a video game, in the most flattering ways

The story benefits from what games do well: threat and tempo.

Progress is everything. If Stone stops, she'll run out of air, or be consumed in flames or be shredded by speeding space debris. The structure — and its threat of mortality — should be familiar to anyone who's played a game in which the doors are always closing behind you, the environment always threatening a new way to die.

Like an action video game, which cannot stop to dispense story for fear the player will skip it, the Cuaróns' script drapes its emotional through line over the action. There are no long arguments or physical conflicts. Stone never comes face-to-face with her antagonist; her problem is never explicitly visualized. 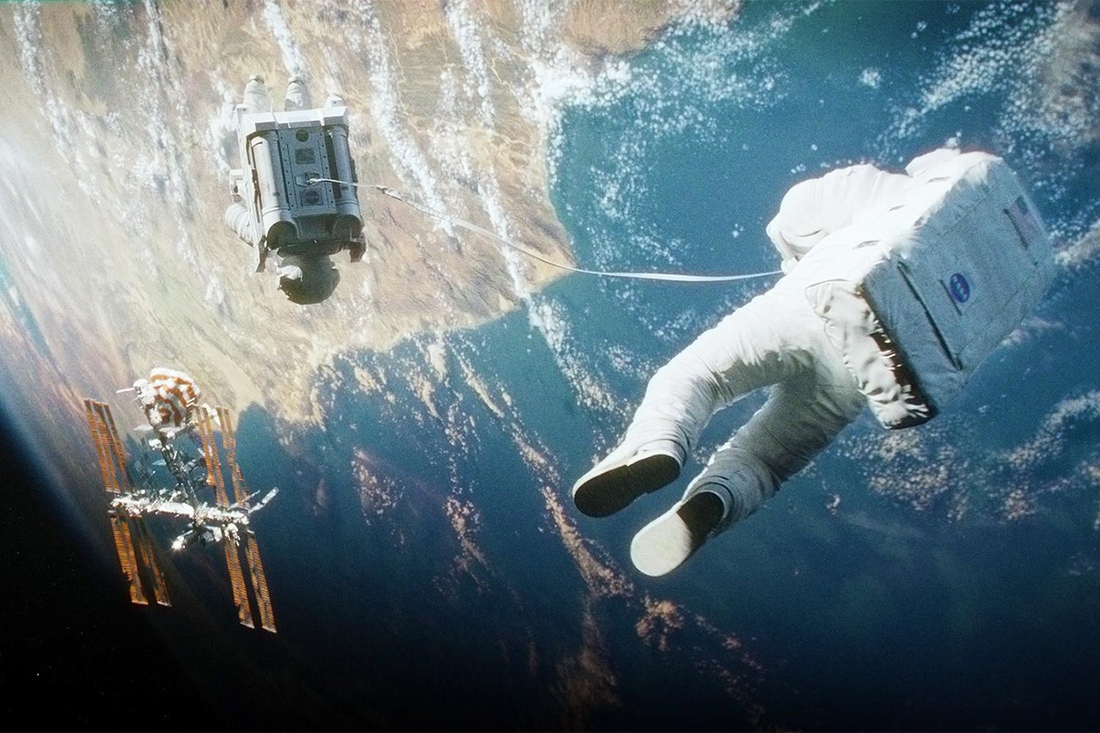 Instead, the action itself is used a metaphor for Stone's emotional progress. By choosing to live, to simply finish the quest, she battles her inner-conflict. And so, the film's action has context, meaning and purpose.

That's similar to how an action game is written. The player engages through action; action is the thrust of the game. So the writer gives that action meaning without impeding the activity. The post-war environments in Half-Life 2 and the pre-devastation audio recordings in BioShock provide the emotional oomph that gives the action meaning.

There are also the small touches: that the action in the film, like a game, is two recurring mechanics. Stone must learn to use her space thrusters and climb satellites. Both happen repeatedly in the film, in increasingly difficult fashions. After the accident, she watches her colleague Matt (George Clooney) thrust back to the ship. He helps her climb to safety. Thrusting. Climbing. Thrusting. Climbing. By the end of the film, Stone's thrusting through space with a half-used fire extinguisher, and climbing up a space station that's sinking into Earth's atmosphere.

Gravity benefits from what games do well

Alfonso Cuarón also uses first-person perspective the way it's used in a video game: the protagonist's arms and hands reaching in from the lower corners of the frame. It's the viewpoint of simulation: We are no longer camera; we are the protagonist.

I haven't found an interview where it's discussed, but I assume Jonás Cuarón, born in 1981, has played games. And perhaps his father has, too. Gravity feels like the work of people who love video games enough to borrow what they do best. There's nothing brainless about it.