Blizzard Entertainment is surveying registered users of Diablo 3 about the pricing of their upcoming expansion Reaper of Souls and interest in an special edition version of the pack.

The survey also asked what games and on which systems participants are gaming and quizzed people taking the survey about their knowledge of the upcoming expansion pack and asked them to put the features of the pack in order of importance. 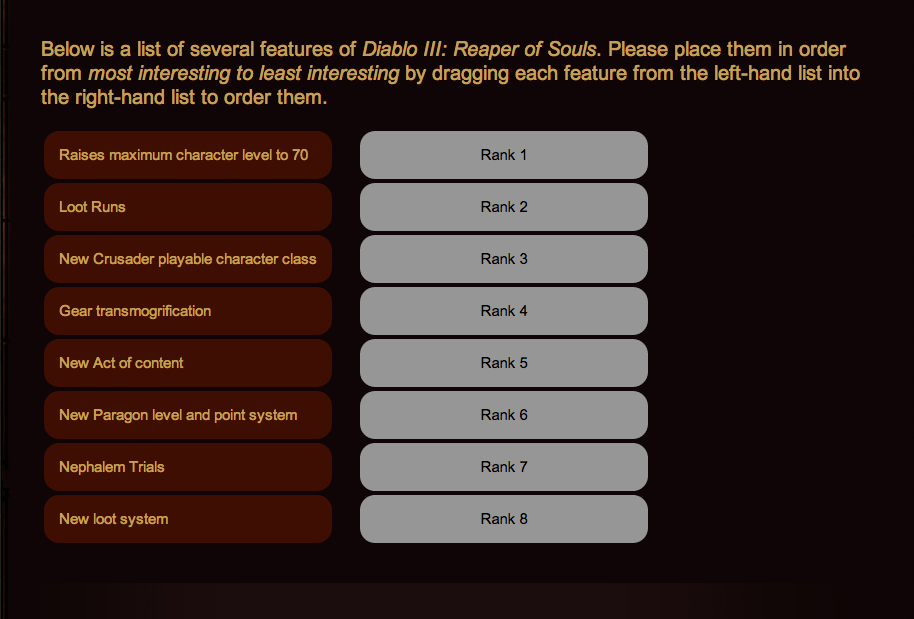 "Our goal at Blizzard Entertainment is to make the most epic gaming experiences possible, so we want to get your feedback as a registered user of Diablo III," according to the email sent out to gamers. "We invite you to participate in an online survey where your responses will help us determine which areas to focus our attention in the coming months."