Sony will release a see-through "Crystal" model of the DualShock 3 controller in Japan on Dec. 19, the company announced today on the PlayStation Japan website.

The wireless PlayStation 3 controller, which features a frosted almost-clear casing, will be available in limited quantities and will cost 5,500 yen (about $56 USD). Sony notes in the controller's listing that it is also compatible with the PlayStation Vita TV hardware, which is slated to launch in Japan early next year.

Sony released a similar clear controller for the PlayStation 2, a DualShock 2 that allowed players to see the guts of the accessory.

Polygon has reached out to Sony to ask if the Crystal DualShock 3 will be available in North America. We'll share more details as we have them. 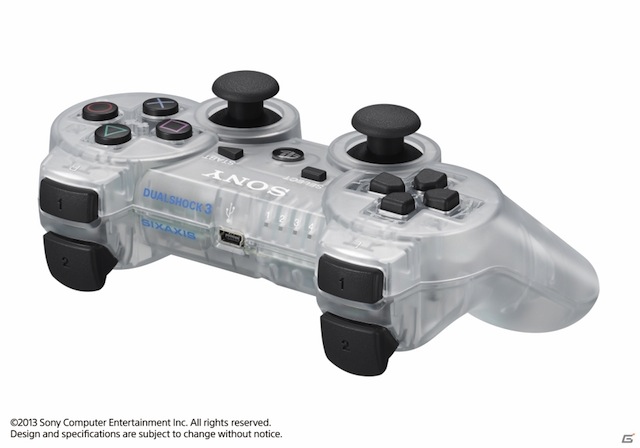