Opinion: Why I still look forward to a new Call of Duty

Share All sharing options for: Opinion: Why I still look forward to a new Call of Duty

Jumping into a new Call of Duty still gives me that fluttery feeling of anticipation I used to get when I knew I was going to start another school year.

There's a moment of panic when I'm frantically pacing, questioning whether it's going to be as good, if not better, than the last one. I know I'll see old friends, but also meet a bunch of strangers who, suddenly, I'll have to interact with. But most importantly, playing a new Call of Duty is like returning to a familiar place.

I've been playing Call of Duty since Modern Warfare. A little late to the game, I was intimidated by the constant talk of nefarious online dwellers who spit out vile remarks while simultaneously knifing you in the back. I was always a fan of intense first-person shooters, having played Counter Strike for a couple of years prior, and decided I would jump into the cool new thing. I haven't looked back since.

I picked up Ghosts on release day, worked a ten-hour shift, anxiously glancing at the box that sat on my desk every few minutes, and raced home to play. Like I had with the entire Modern Warfare and Black Ops series, I started with the campaign first, savoring the few single player hours I had played before signing onto PSN and meeting up with some of my usual clan.

And just like that, the feeling I used to get when I was finally back into the swing of school hit me.

Call of Duty's multiplayer experiences vary and before I defend my personal experience with the online aspect, I would like to note that there are still problems with a portion of the community when it comes to transphobia, homophobia, racism, and misogyny that should not be overlooked. 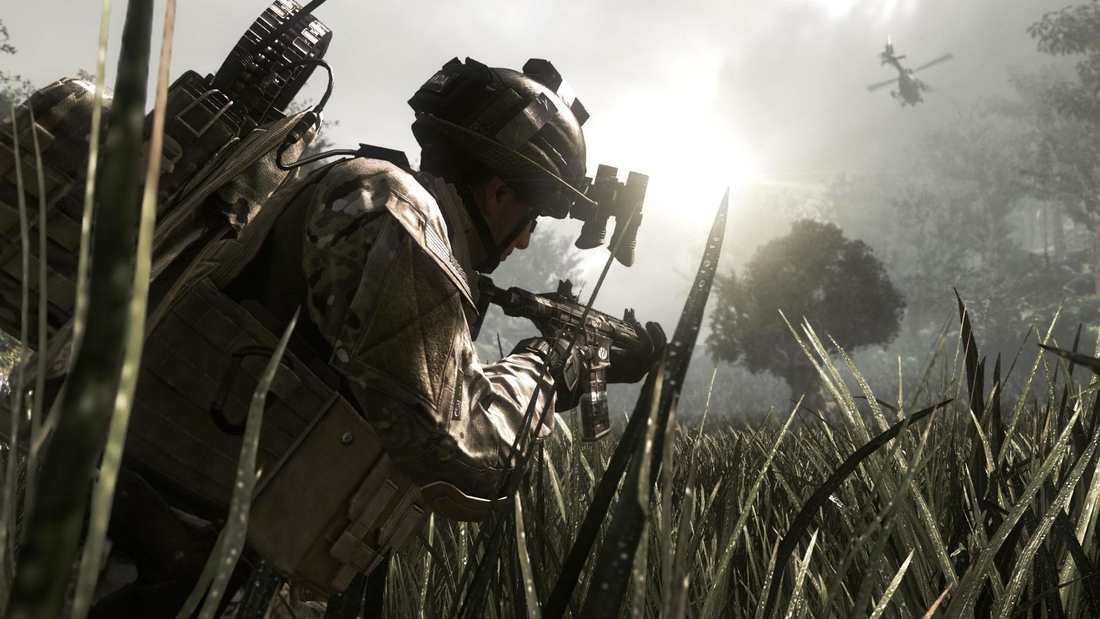 However, in the time that I have spent playing Call of Duty online, I have not only met some of the greatest people I now call friends, but I have learned more about different cultures than I ever thought possible.

I play with one friend who couldn't play Call of Duty back in Palestine because it was considered offensive material and heavily looked down on. Still, enthralled by the idea of playing the game, he eventually picked it up and fell in love with it. Although we came from polar opposite backgrounds, we immediately connected over our love for the intense action Call of Duty's online feeds its players. He was the first person I jumped into one of Ghosts' online maps with, and although we lost horribly to the opposing team, having new maps to run around and explore with one of my best friends was electrifying.

As a woman, and one who speaks loudly over a headset, I used to worry about dealing with Neanderthals who might be slotted into my team, but in the six years that I've been playing I can honestly say it's only happened to me a handful of times. For the most part, when I've been playing on a team that's lost, I may receive a simple, quick "GG" (Good Game) from one of the strangers on my team during that round, but most of the time it's just silence.

I used to worry about dealing with Neanderthals

I've been logging on daily to play some deathmatch rounds and was pleasantly surprised when I didn't hear one racist, one homophobic or one misogynistic comment. As I was playing, I began to think maybe parts of the Call of Duty community were beginning to clean up their act, or more likely, maturing. I even witnessed someone training another player during a live match on how to properly and effectively use their basic weaponry and map space to gain more kills and higher XP points.

At the end of the day, when I come home and I'm tired, there's nothing I'd rather do than play through a few rounds of Call of Duty online. In my opinion, there is a specific type of intensity that only it can provide with first-person shooters. I've played Battlefield, and I've gone back to Counter Strike over the years for periods of time, but I'm always drawn back to Call of Duty. Whether it discovering hidden crevices in a map you've played for years, or being able to have a dog as your teammate, there's a sense of wonderment that I get with Call of Duty I don't find in most other FPS'.

Again like school, Call of Duty is what you make of it. It can be one of the greatest games you play and it can be one of the worst. I lucked out in finding a great group of friends who have helped me better myself as a player, and I hope someday soon, all of the offensive commentary will be completely removed from the game.

A highly competitive, social, first person shooter with no derogatory comments. This is the Call of Duty online I've been able to enjoy for the past six years and upon reflecting, I've never been as relieved with a decision I made as I am with picking up Modern Warfare all those years ago.

Julia Alexander is a critic, sleeper, podcast host, coffee addict and freelance technology/gaming/culture writer. She has written for the Toronto Sun, Little White Lies magazine, Polygon and the Vaughan Citizen.