Share All sharing options for: Ratchet & Clank: Into the Nexus review: closure

Review and information for Ratchet and Clank: Into the Nexus

Ratchet & Clank: Into the Nexus delivers a worthy denouement to a generation's worth of Ratchet & Clank games that haven't always lived up to the name.

In an attempt to mix up the formula in 2011's Ratchet & Clank: All 4 One, Insomniac Games completely lost the plot. Last year's Full Frontal Assault continued that trend, moving further and further away from the things that made many gamers fall in love with the series to begin with.

Into the Nexus is, blessedly, a return to form. The outlandish guns, the creative sci-fi worlds, the tongue-in-cheek plot — Insomniac has created a short but excellent distillation of everything good about Ratchet & Clank for its final PlayStation 3 outing.

Picking up some time after the fabric-of-reality-threatening events of 2009's Ratchet & Clank: A Crack in Time, Into the Nexus is a slightly quieter adventure. Or as quiet as an adventure can be when it begins with a perilous, middle-of-space jailbreak, at least. 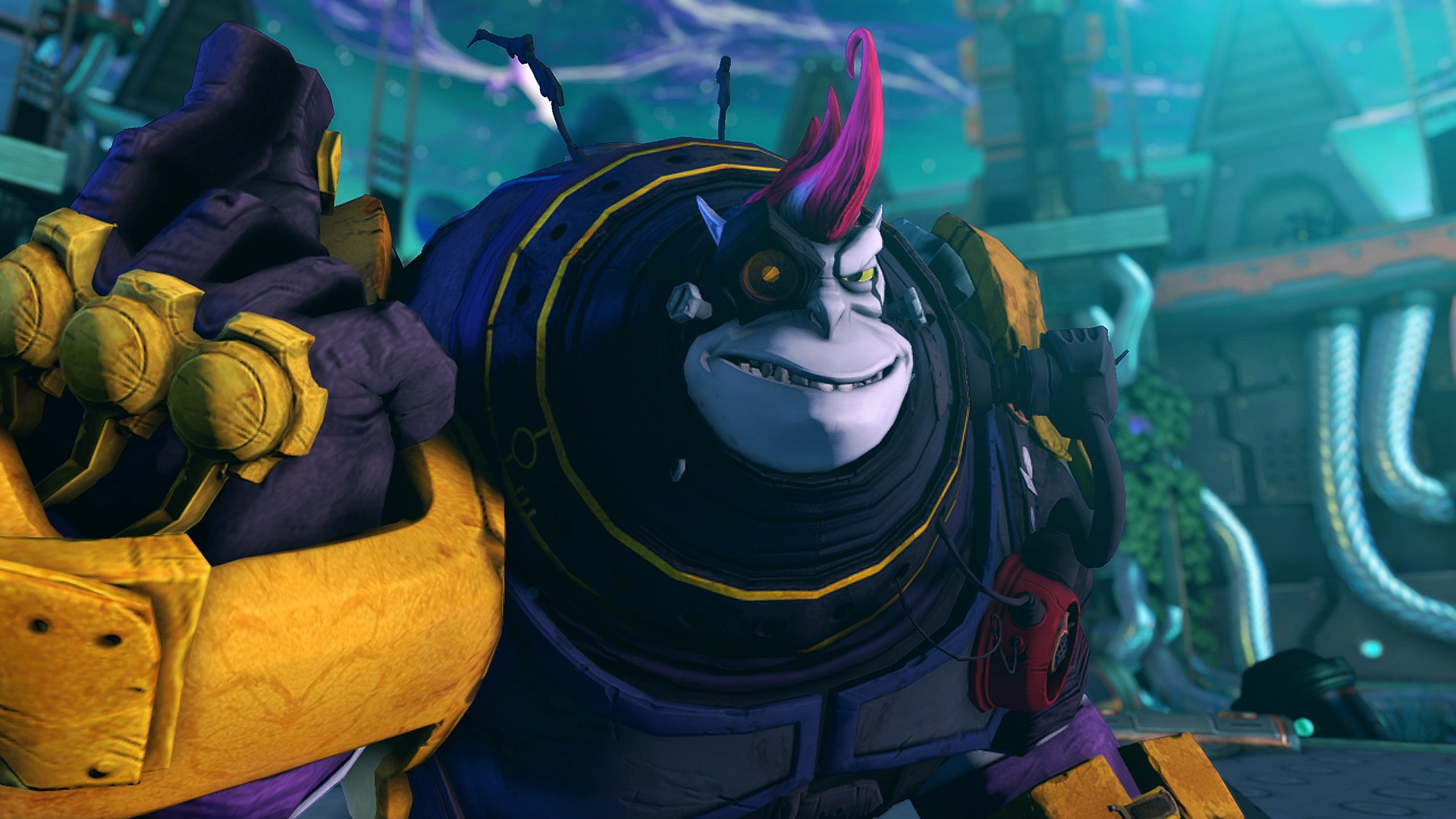 There's an uncomfortable balance between defense and exploration in Full Frontal Assault's campaign mode. You need bolts (the game's currency) earned from exploration and completing objectives in order to buy turrets back at your base, but leaving the base unattended while enemy waves are approaching is tantamount to surrender. Turrets and barriers fall apart at the slightest hint of enemy fire unless you're there backing them up, distracting bad guys and replacing busted defenses as needed.

It's easy to get overwhelmed — especially when a column of enemy troops warps in and begins tearing up your base while you're on the opposite side of the map — and Full Frontal Assault's single-player economy is lopsided in favor of the AI. It takes thousands of bolts to buy a single worthwhile turret but defeated enemies and smashable objects rarely provide a fraction of that cost.

At the game's outset, the titular duo is ferrying wanted space witch Vendra Prog to a prison somewhere on the other side of the universe. The trip is disrupted when Vendra's twin brother Neftin literally crashes the party, rescuing his sister and sending Ratchet and Clank on a fugitive hunt across the galaxy.

The exhilarating jailbreak segment sets the tone for the rest of the game. Though it maintains the structure seen in previous mainline Ratchet & Clank releases — you fly to a planet, explore some fairly linear paths to accomplish objectives, then fly to a new planet and repeat — Into the Nexus is more willing to break up the routine with exciting setpieces.

This introduction finds you flying through space, leaping between pieces of debris and avoiding huge swaths of laser fire from enemy ships. Another section has Ratchet using his jetpack to outrun a rising tide of poisonous sewer water. These sequences last just long enough to break up the traditional third-person shooting and platforming found throughout the rest of the levels — which isn't to say that the more traditional gameplay is handled poorly.

As always, the core strength of Ratchet & Clank's shooting is found in the game's variety of off-the-wall weapons. Standouts from the latest arsenal include vortex grenades — which create black holes that suck enemies in and then explode — and the winterizer, a gun that turns space thugs into snowmen while blaring jolly holiday tunes. Like the series at its best, these additions are playful and surprising.

That creativity makes its way into the more mundane weapons as well. Every gun in Into the Nexus can be upgraded along a fairly complex tree using "raritanium crystals" found throughout the levels. While a lot of the upgrades are useful standards — range up, damage up, ammo increases, etc. — dumping a lot of resources into a weapon yields more unique bonuses. For example, the regular laser gun gets the "Kinetic Pulse" addition, which allows it to send enemies flying when you shoot them, while the sniper rifle has an upgrade that slows time while you're aiming. The game provides good reasons to level up and continue using every weapon, even if they're a bit more down-to-earth.

Into the Nexus also finds some inspiration in its platforming thanks primarily to the jetpack gadget. By allowing Ratchet to zip through the air in certain levels for as long as he wants — until he runs out of fuel, anyway — Insomniac has cracked open the level design, creating a few planets that are larger and much less linear than I'm used to from the series. It also makes scouring areas for collectibles a faster and less mind-numbing procedure.

Ratchet gets most of the new toys and most of the screen time — Clank has a total of maybe a dozen lines over the course of the whole game. But the stalwart robot companion gets one portion of the game all to himself: new 2D "Netherverse" sections. In these bits, you control the very gravity around Clank, tapping the right control stick to send him flying toward ceilings and walls as he explores a dangerous shadow reality. More puzzle than platformer, these segments exercised different muscles in my mind and further helped differentiate the pieces of Into the Nexus.

The sole price for the polished variety on display here is length. I was finished with Into the Nexus' core story in about five hours, though that leaves an extra-tough new-game-plus and plenty of collectibles to clean up. Still, given the choice between a brief Ratchet and Clank game full of fresh ideas that don't overstay their welcome or a longer-lasting but weird and dissatisfying experiment, I'm happy with the direction Insomniac has gone in. 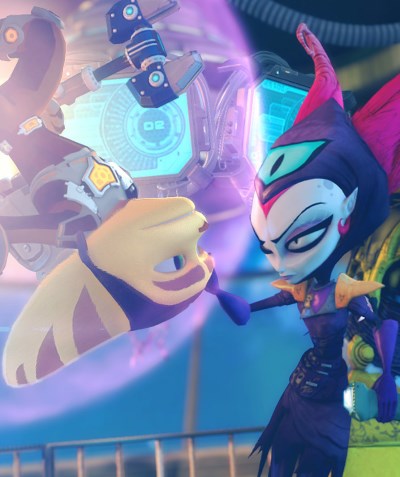 The PlayStation 3 has been a rocky road for Ratchet and Clank, but Into the Nexus is a fitting end. It returns to its strong roots without depending on nostalgia alone to drive it, embracing the adventurous spirit that birthed the series over a decade ago. Into the Nexus is a wonderfully strong note for Ratchet and Clank to go out on for this generation, and hopefully a good indication of the more exciting adventures awaiting them in the next.Ratchet & Clank: Into the Nexus was reviewed using final downloadable PlayStation 3 code provided by Sony. You can find out more about Polygon's ethics policy here.

Our review of Ratchet and Clank: Into the Nexus 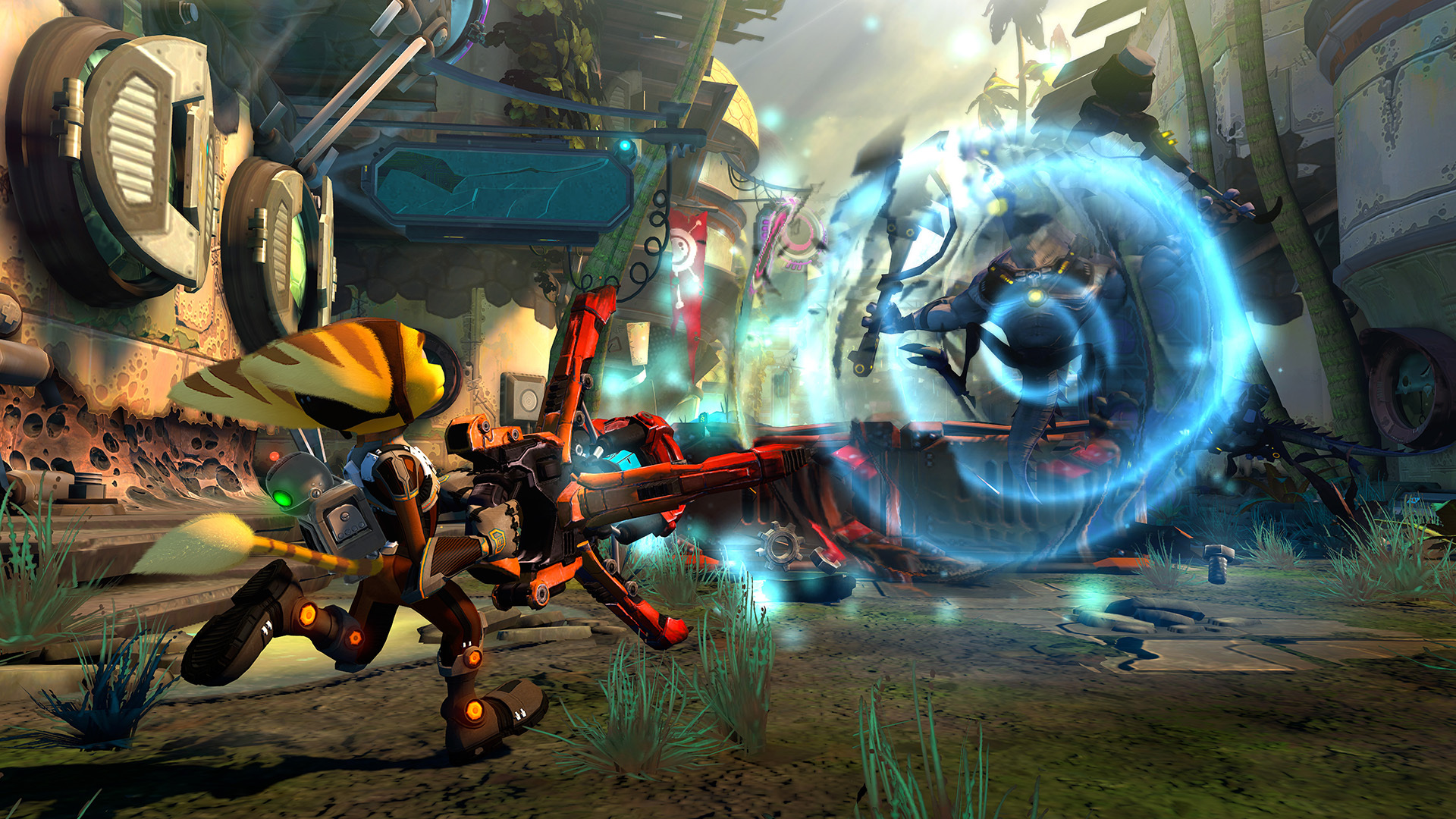