Finding the sexy in driving games

Share All sharing options for: Finding the sexy in driving games

On the surface of driving games, there's not a lot to them. You have a car. You have a race track or an open road. You have opponents. You drive as fast as you can, 'round and 'round and 'round, doing laps until you win, lose or crash the car beyond repair (i.e. lose spectacularly). Taking it at surface value, driving games should be some of the easiest games to make. Except they're not.

According to the experts — developers who have spent the past decade working on games like the Need for Speed and Forza Motorsport series — the races, the opponents and the laps are only part of the magic behind driving games. Yes, they feed our desire for competition. Yes, people generally enjoy races. But more than anything, games like Need for Speed, Forza, Gran Turismo and more tap into something much bigger: our aspirations, car culture and our desire to get our hands on something sexy. 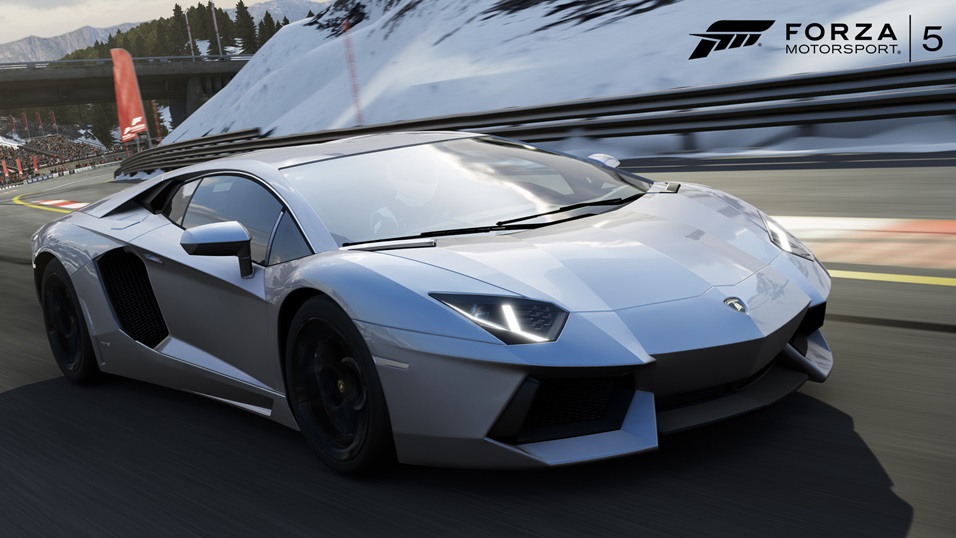 When the original Need for Speed launched in the mid-90s, players could only choose from eight cars. None of them quite resembled the real thing. The game's depictions of the Ferrari 512TR and the Porsche 911 Carrera were grainy and boxy. But even in their pixelated form, these cars shone like stars. A player with little knowledge of cars could tell right away that these shiny boxes represented cars that were faster, more powerful and more expensive than anything they had sitting in their driveway. Part of it was in the name — you don't need to have driven a Ferrari to know of its caliber. Part of it was in the design — sports cars have a distinctive look about them. And part of it was everything else — the guttural roar of the engine, the speeds the cars could achieve and the impossible ways they handled.

Most people know more about cars than they think, according to Need for Speed: Rivals creative director Craig Sullivan. And most people have a greater connection to car culture than they're aware of.

"It's one of those things where pretty much everybody drives a car, right?" he says. "Particularly in the States. If you want to go anywhere, you pretty much have to have a car. So it's one of those things that would guarantee that a lot of people own a very similar vehicle. You've got a car with four wheels and you drive it around. It's very easy to then think, OK, maybe when I get a bit more money, I'm going to get a new car. I'm going to get a better car."

It's a culture that's been around for a long time, Sullivan says, and it's not limited to cars. People are always tempted to upgrade what they have — to get a better computer, a newer pair of running shoes, a more advanced watch or phone. To an extent, driving games satisfy that desire, even for people who wouldn't self-identify as gear heads.

"People often make strong emotional ties with cars, and you don't necessarily need to be a 'car person' in order to feel that connection," says Forza Motorsport 5 creative director Dan Greenawalt. "Ask practically anyone and they'll probably have three favorite cars: the first car they ever owned, the car they currently drive and the car they hope to own one day. 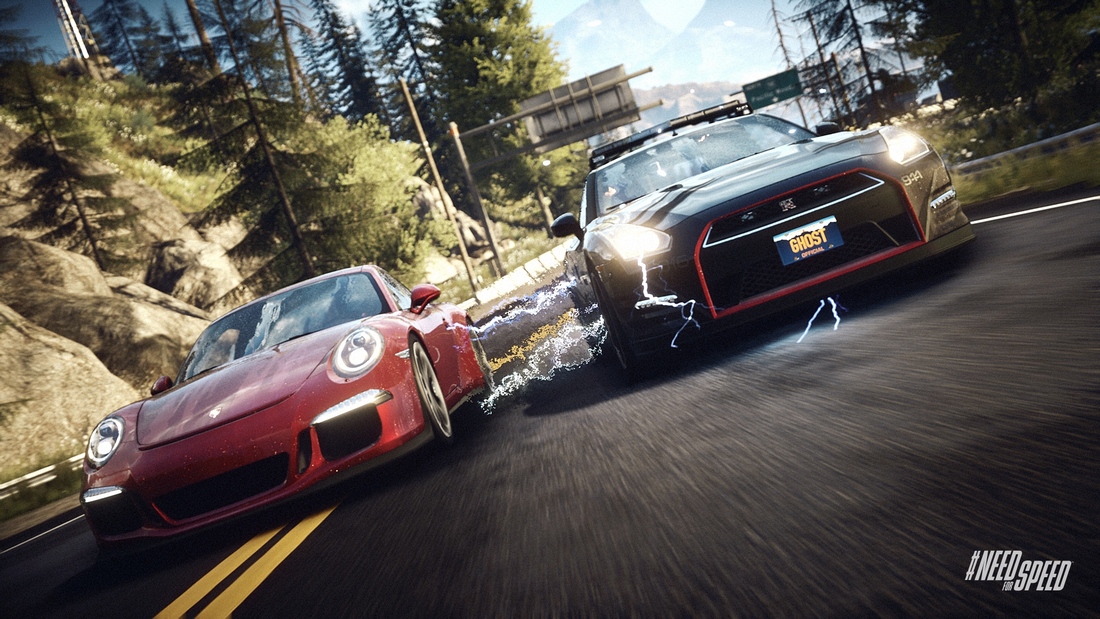 "The thing is, that list is completely different for every person you ask, and each will likely have an in-depth story to go along with each of those three cars. That's the kind of emotional reservoirs we want to tap with the Forza Motorsport 5 car list. We want these cars to resonate with as many people as possible."

This emotional connection and the aspirational desires are the reasons why driving games are about so much more than the race, Greenawalt says. The cars are the stars. In the years since the original Need for Speed, every driving game has pushed to be more realistic, to offer more cars and to create an environment where players can indulge in car culture without the hefty price tag. For the cost of a video game, you can get under the hoods of cars that are valued at millions of dollars, poke around their dashboards, zoom in to inspect the upholstery and take it for a spin in ways that would get you arrested or killed in the real world. In the case of Need for Speed: Rivals, you can drive some of the world's most expensive cars on highways, through cities and ram into police cars with impunity. In Forza Motorsport 5, if you drive a grand prix car like the 2013 Lotus E21 into a wall, you can hit a rewind button to avoid the crash. Or you can just do it all over again. You won't get hurt, and no one will sue. 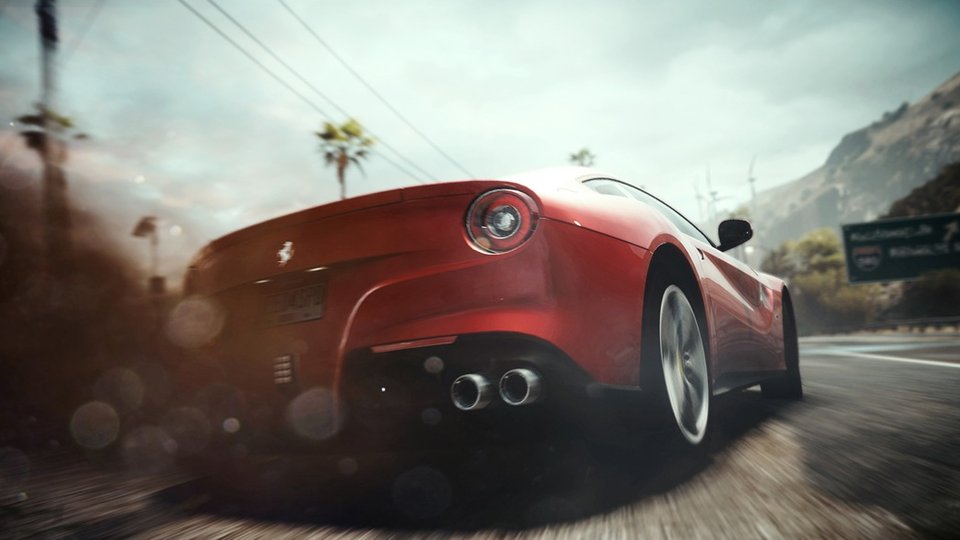 In the promotional trailers for both Forza Motorsport 5 and Need for Speed: Rivals, the camera pans along the cars that you can drive in the game. There are long shots, there are close-ups, there's focus on the textures and shine of the paints, then there's a shot from the sky where we see the cars racing each other, gracefully waving between one another like they're dancing. The trailers capture the many facets of these cars — their grace and their ability for aggression, their roaring power and the ability for smooth and controlled movement, and their undeniable sexiness.

"Our approach to graphics was through chasing 'perfection through imperfection,' Greenawalt says. "When you go to a car showroom, you see cars in a near-pristine environment — well-lit, shined and waxed, and essentially looking as good as it ever will. 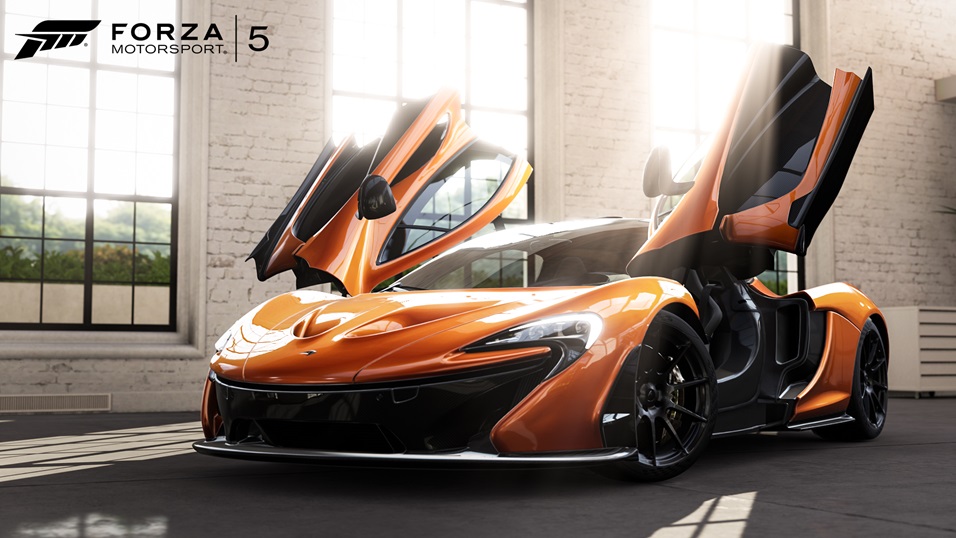 "However, the closer you get to the car, the more you start recognizing those tiny flaws — things like scratches in the rotors or 'orange peel' effect on the paint. In Forza 5, we're able to recreate those subtle nuances that really make the cars feel like something more than pristine, virtual objects. So go ahead and stare; that's what they were built for!"

According to Sullivan, it's all about making the cars look tempting and selling more than the car itself. "It's like if you're watching a TV advertisement about chocolate or ice-cream, they sell you the emotion of that," he says. Few ads will advertise a product just as what it is. Rarely does a commercial say: "Here is some chocolate, it tastes good." They show close-ups of the chocolate as it melts and comes together to form a luscious block of dessert. They sell more than a tasty time — they sell luxury, relaxation and indulgence. The same goes for cars. It's less about the function of the vehicle and more about everything that comes with it.

Need for Speed: Rivals will launch on the PlayStation 4, Xbox One and current-gen consoles. Forza Motorsport 5 will launch exclusively on the Xbox One. With only a few weeks before players get to experience the fantasies that Ghost games and Turn 10 have created, we asked Greenawalt what it is about cars that he finds sexy. He answered with a question:

"Have you ever seen a Pagani Huayra?"

The Quarry’s adult characters are what make the game great