Update 2: The message on EA's Help site about the PlayStation 4's day-one software update causing instability in PS4 games was "posted in error," said an EA representative in an email to Polygon. The spokesperson pointed PS4 users to Sony's support website for information on the PS4.

Original story: The PlayStation 4's day-one firmware update is responsible for "stability issues" across all games, according to a post on Electronic Arts' support site.

According to EA, the problems — which include crashing and freezing, as well as "non-responsive connections between the player's console and their TV screen," during gameplay — affect all PS4 games, not just EA titles. The support page goes on to say that Sony is working on a new firmware update to address the issues.

The launch-day firmware update (version 1.50), which Sony put up for download on the PlayStation website earlier this week, adds numerous major features to the console, such as playback of Blu-rays and DVDs, online multiplayer, PlayStation Vita Remote Play and share-button functionality.

Sony has not yet officially corroborated EA's comments. We've reached out to Sony and EA for more details, and will update this article with any information we receive. We've also checked in with Activision and Ubisoft to ask if they're seeing reports of stability problems for their games.

Sony said yesterday that reports of PS4 hardware issues are "isolated" to 0.4 percent of consoles shipped.

Update: EA has since taken down that page on its support site, but we captured a screenshot that you can see below. 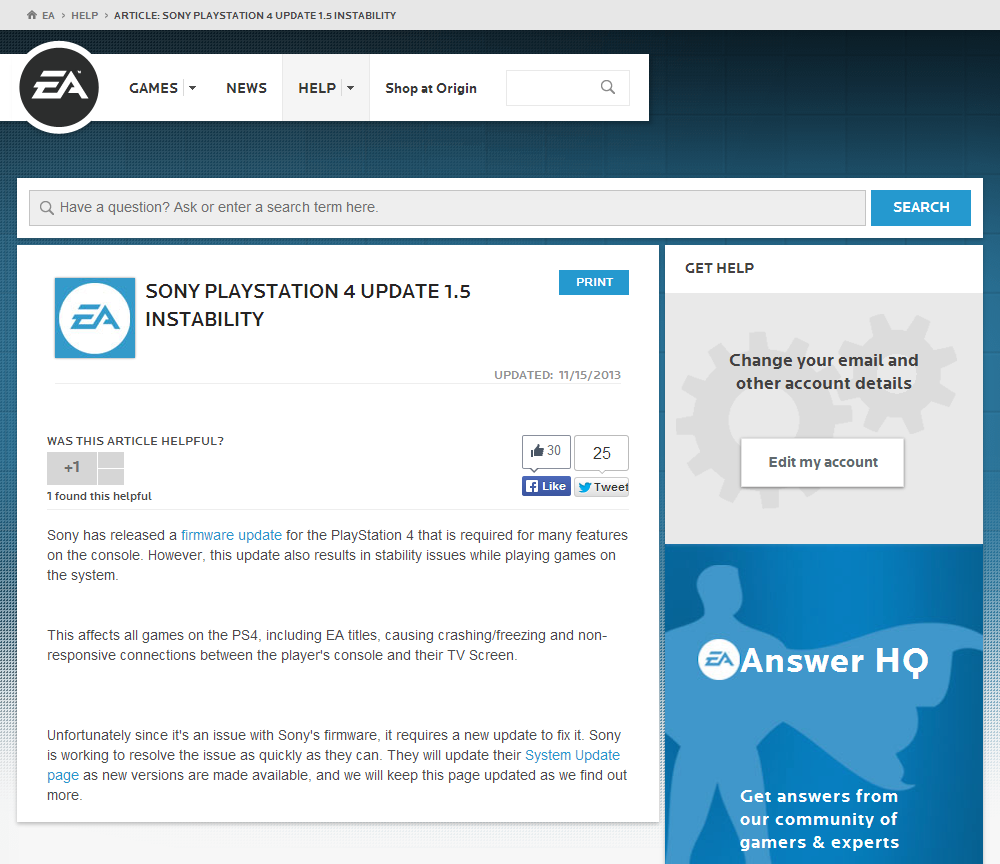