Is TowerFall's move to PS4 and PC, a big blow for Ouya?

Share All sharing options for: Is TowerFall's move to PS4 and PC, a big blow for Ouya?

When Matt Thorsen announced that his hit game TowerFall will be released on PlayStation 4 as well as Windows PC early next year, it might have seemed like a kick in the teeth for Ouya, which has held an exclusive on the title since the console launched last summer, and done much to aid its fortunes.

After all, among the many experimental indie games launched on the Android console, Thorsen's multiplayer archery battler was the standout, cited by some reviewers as a pretty good reason to buy the $99 console in its own right.

But, according to Ouya's head of developer relations Kellee Santiago, Thorsen's move is a vindication of the company's open model, and of its usefulness as a place for developers to experiment.

"Ouya allows developers to test out an idea easily and quickly with a gaming audience in the living room," she told Polygon. "It allows the gaming audience to identify the rising stars. Developers can test out their ideas and find other platforms. That represents a success for the developer and for us."

Santiago signed TowerFall earlier this year, almost as soon as the game started attracting attention, following a demo at PAX East. She offered Thorsen development funding in exchange for six months exclusivity following the launch of Ouya. He agreed, partly, he said, because of Santiago's good reputation in the game development community. She was previously president of Journey-creator Thatgamecompany and has been a partner in the highly respected IndieFund since 2010.

"It took maybe a week to put a deal together and maybe another week to get the paperwork done," said Santiago. Her pitch to developers is that Ouya is the "easy platform to develop for," both in terms of its technology and the straightforward and efficient way the company interacts with developers. 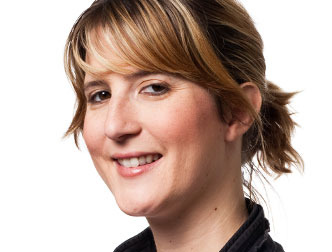 It's a lot easier to get a game onto Ouya than onto a PlayStation, Xbox or Nintendo platform. "The barrier to entry is very low," she said. "When you look at a game like TowerFall, there might have been a lot of check-marks against it [for other consoles]. It has low resolution graphics, it was only local multiplayer. So in the version that existed at PAX East it might not have attracted that kind of attention. But for Ouya, we don't have those barriers, it's just about great games in general. We allowed him to further validate the gameplay so someone at Sony could recognize it as a worthwhile investment in its new iteration."

She added that, although Windows PC is also an open platform with few obstacles, it is rarely a living room experience. "There is a rising movement in indie development around local multiplayer games, whereas on PC on many distribution channels you would be required to have an online multiplayer component," she said.

No sales figures are available for Ouya, but its impact has been modest, making it far less enticing an option for developers looking to make a living. Thorsen said that although he has no regrets about signing for Ouya, and that the development fund was extremely useful, his game has only sold around 5,000 copies. Santiago pointed out that the console has only been on sale for a few months and is growing.

A spokesperson followed up on Ouya sales, telling Polygon that the machine is "doing incredibly well and has exceeded all of our expectations," adding that "there is a lot of demand for the product, and as a result we've gone full chain with Target as well as expanded our global retail presence." 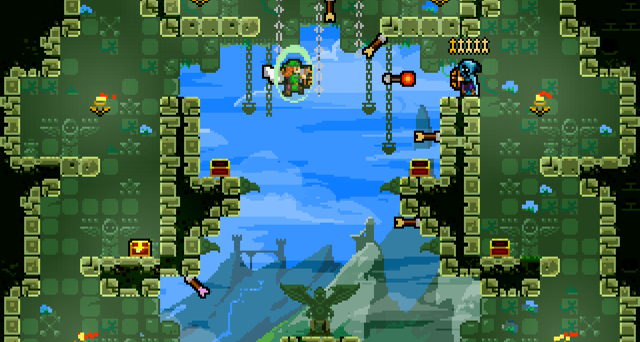 Even so, Thorsen's big commercial opportunity is undoubtedly on PlayStation 4 and on Steam, which he said is a "necessity" and the best place to distribute indie games.

But his expansion is also Ouya's gain. The new game, called TowerFall Ascension, offers new modes which will be made freely available to owners of the game on that platform. "TowerFall is a great game and a great partner," said Santiago. "But for these things to be successful they need to expand. They are not leaving Ouya so much as expanding outwards."

All of these games have been signed to Ouya, and have received money from Ouya. "It is the kind of console that we as developers have been looking for," said Santiago. "Ouya is the console that developers want to see succeed because it is so focused on developers. We never own the developer's IP nor do we control it. We want to empower them financially to make their game. We don't want to control them."

Every new movie and show coming to Disney Plus in July

Every movie and show coming to Netflix in July