Crimson Dragon is a total misfire.

This Panzer Dragoon spiritual successor has such a great soundtrack, in fact, that I mention it now, at the beginning, before things get terribly, terribly dark. So, let it be said: Crimson Dragon is a misguided, frustrating, confused game that I didn't enjoy whatsoever and would recommend to only the hardest of die-hard Panzer Dragoon fans.

But man, those songs.

The story is nonsensical and communicated almost exclusively with text walls over matte paintings and static character models. Here are the key plot points that I present without connective tissue because whatever you come up with is likely to make as much sense as the actual game: Dragon planet. Mysterious virus called "Crimsonscale." Government conspiracy.

No, Crimson Dragon is far less invested in storytelling beats than getting you onto the back of a soaring, fire/laser/missile-breathing dragon. Why it's in such a rush is a mystery, because what sounds like it should be an exercise in pure exhilaration is rarely more than a grueling chore.

Crimson Dragon is on rails, always pushing you towards the end of a level, save for when you come up against a boss and the reins come off. You do have a limited amount of control over your dragon as he flies, allowing you to use the left stick to dodge enemy fire or grab beacons for extra points.

With the right stick you aim one of a wide range of weapons, from lock-on missiles to large square reticles that kill everything caught in their frame. 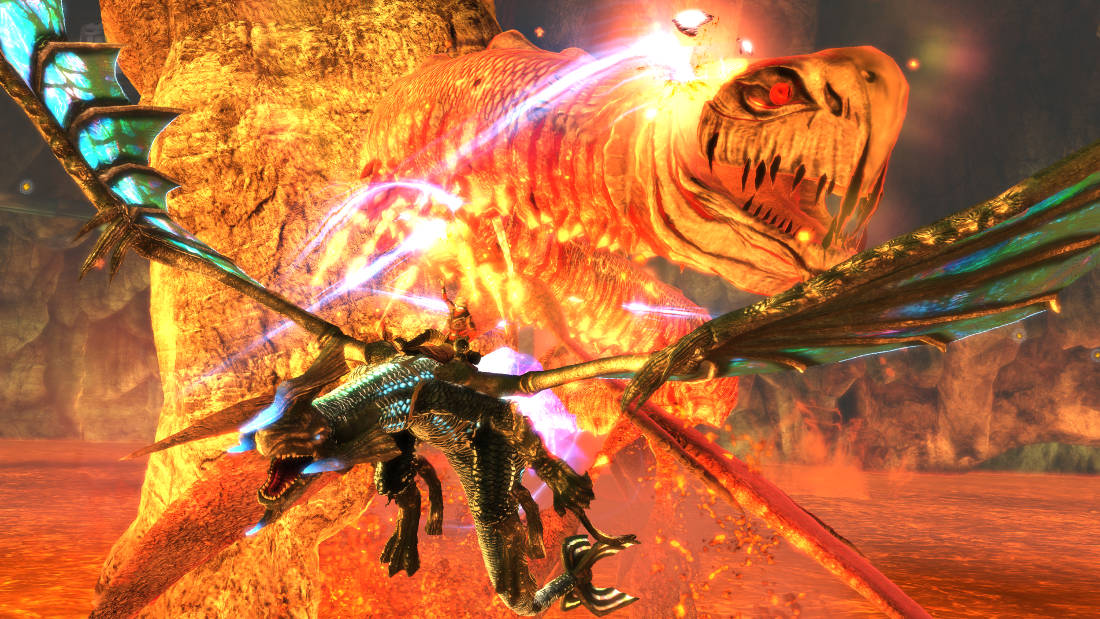 Your control of the dragon and its automated momentum are constantly at odds with each other. You see a threat coming, turn to avoid it and then... the automated camera shoves you right into what you were trying to avoid. It doesn't help that your sluggish mount doesn't move at anything faster than a lumber unless its agility has been significantly upgraded.

This isn't something I learned to work through; I was still getting smacked around even at the tail end of my eight hours of playtime. It doesn't help that muddy levels and wonky hit detection made avoiding threats that much more difficult.

The frustrations just pile on from there. Dragons are equipped with two elemental weapons, a core skill and a selectable secondary. Each enemy has its own elemental designation, so if a level features, say, wind enemies, you'd want to bring a fire weapon along. If you're lucky enough to find special items to feed your dragons, you can teach them elemental skills to give them a bit more flexibility. 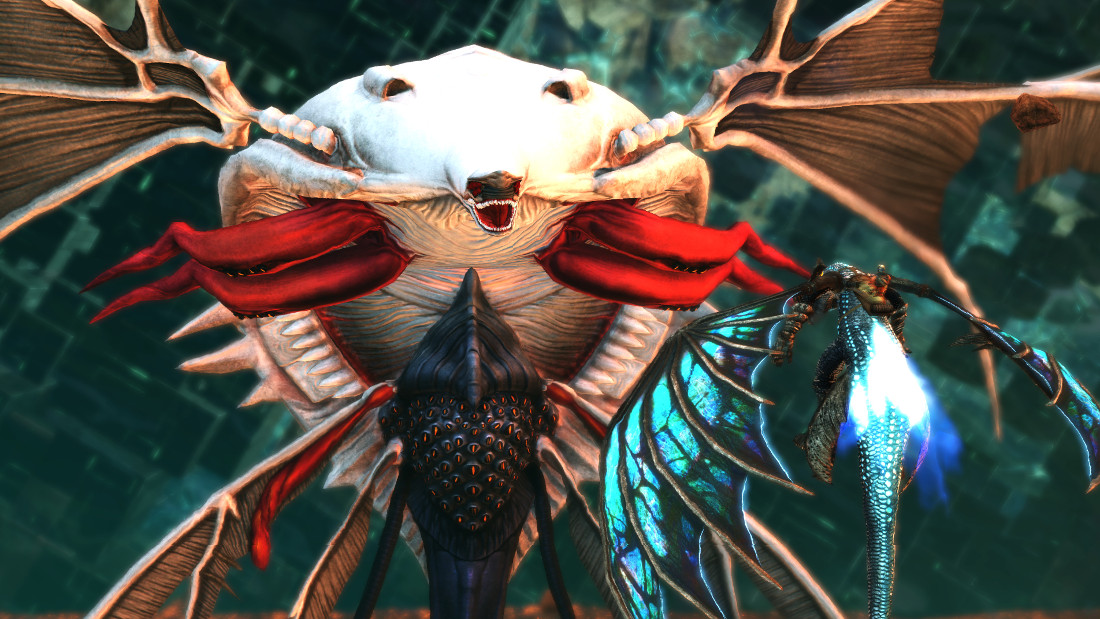 This system seems designed to nudge the player into switching between their dragons regularly, but doing so splits experience between your rides and can leave you with a balanced team that's completely unprepared to take on the next mission.

If you want to add a dragon to your squad to fill an elemental hole it's not only extremely expensive, but risky, as the dragon starts at level one and requires a lot of work before he’s prepared to take on all but the most basic missions.

So, the only way to avoid grinding is to lean on one dragon, but their elemental weakness can make levels feel unfairly difficult.

Short on credits? Don't worry, you can buy jewels with real-world money that you can use to pay for these item packs or new dragons. The odd thing about all of this is that you can use the gems in the item packs to brute-force your way to the end of most levels. I actually was able to complete the next-to-last level without firing a single shot by expending a couple of gems. Crimson Dragon is a paid game with a lot of free-to-play sensibilities and it does not straddle the line gracefully.

Equally out of whack is the balance between Kinect and controller. For a game that began life as a Kinect-only title, Crimson Dragon goes out of its way to bury what little motion control it has left. I knew I was able to execute a barrel roll by leaning to one side from watching Colin Campbell's hands-on video, but didn't know I could issue commands to my wingman until I (1) emailed the game's PR rep to ask about it (2) found out there's a "Game Help" menu you have to quit out of the game to get to (3) found the motion control section and tried to remember all the commands, since I couldn’t check them mid-game.

If you do decide to grind, you have to pay credits every time you take on a mission, so the returns will be muted. A couple of times I accidentally cleaned myself out buying upgrades and had to grind an earlier free mission until I had enough to pay to play the level I actually needed to finish. Infuriating.

The upgrade store itself has plenty of its own quirks. Rather than directly buying items, you can use credits to get packs that include food for your dragon (which provides experience or new powers), stat-altering, single-use ampules and a revival gem, which you can deploy upon dying to refill your dragon's health mid-level.

I was still getting smacked around even at the tail end of my eight hours of playtime.

By the by, you have to take your right hand off the controller and put it to your temple to issue commands, and that is the hand you use to shoot things, so I would recommend forgetting about voice commands entirely.

Just like the limp motion controls, Crimson Dragon is similarly underutilizing the Xbox One's graphical processing capabilities. While some of the dragon designs are cool and there's an impressive sense of scale, there is no amount of detail or visual polish that would distinguish it from an Xbox 360 or PS3 game. 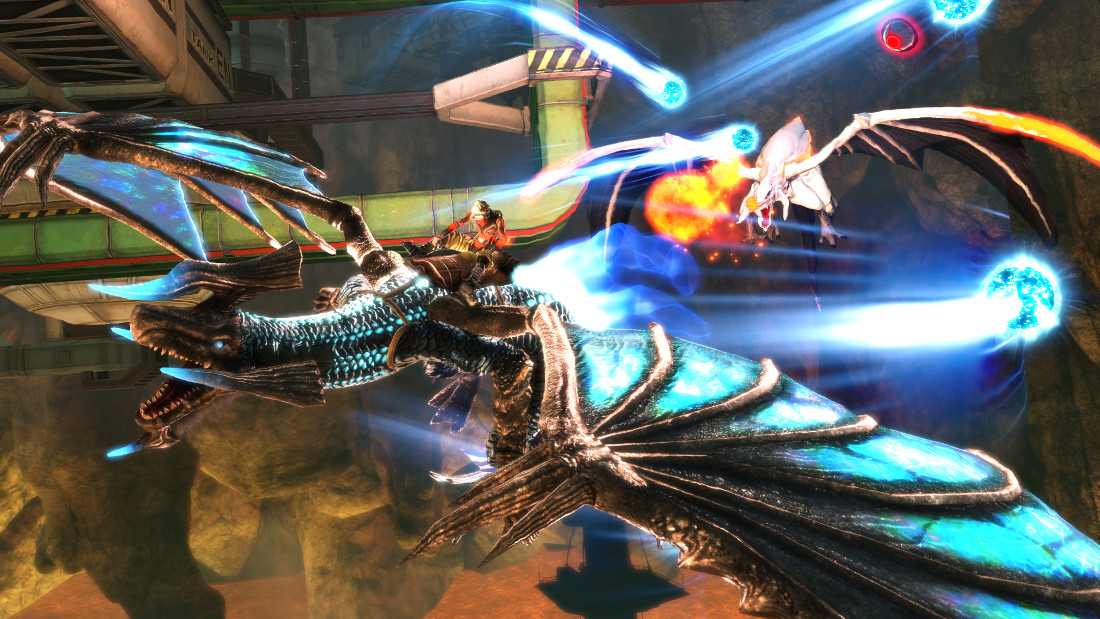 Crimson Dragon is a total misfire

But I could forgive all of these missteps, the weird microtransactions, the underwhelming graphics, the off-kilter systems, if, on a very basic level, it was fun. It's not. Crimson Dragon manages to take riding on a sweet flying dragon and make it a bland, frustrating slog. In my book, that's about as unforgivable as sins come.

Crimson Dragon was reviewed using a downloadable Xbox One copy provided by Microsoft. You can read more about Polygon's ethics policy here.

About Polygon's Reviews
4 xbox one