Review and information for Zoo Tycoon

I realized I'd hit rock bottom when I got this text message:

"I fed a giraffe and then it might have had a baby."

The text was from Chao, one of Vox Media's support managers. Apparently she'd fed my giraffe in Zoo Tycoon, and it might have had a baby. My stomach was already in my throat when I received the follow-up message and learned the giraffe definitely had a baby.

Normally, I love to share games with co-workers, acting as a spirit guide for the weird, unusual, overlooked stuff they might miss. But not this game. Not this time. Not this zoo. My zoo. Stay away from my zoo, Chao. And stop messing with my giraffes!

I took a deep breath: So this is what it's like to be a zoo tycoon.

Zoo Tycoon, a reboot of the series of the same name, invites you to repair and improve zoos, or if you're so bold, create one from scratch, building and managing everything from the color of the walkways to the breed of the lemurs.

With Kinect, you can make faces at the animals and oh my gosh they make faces back it's so cute I'm just going to die 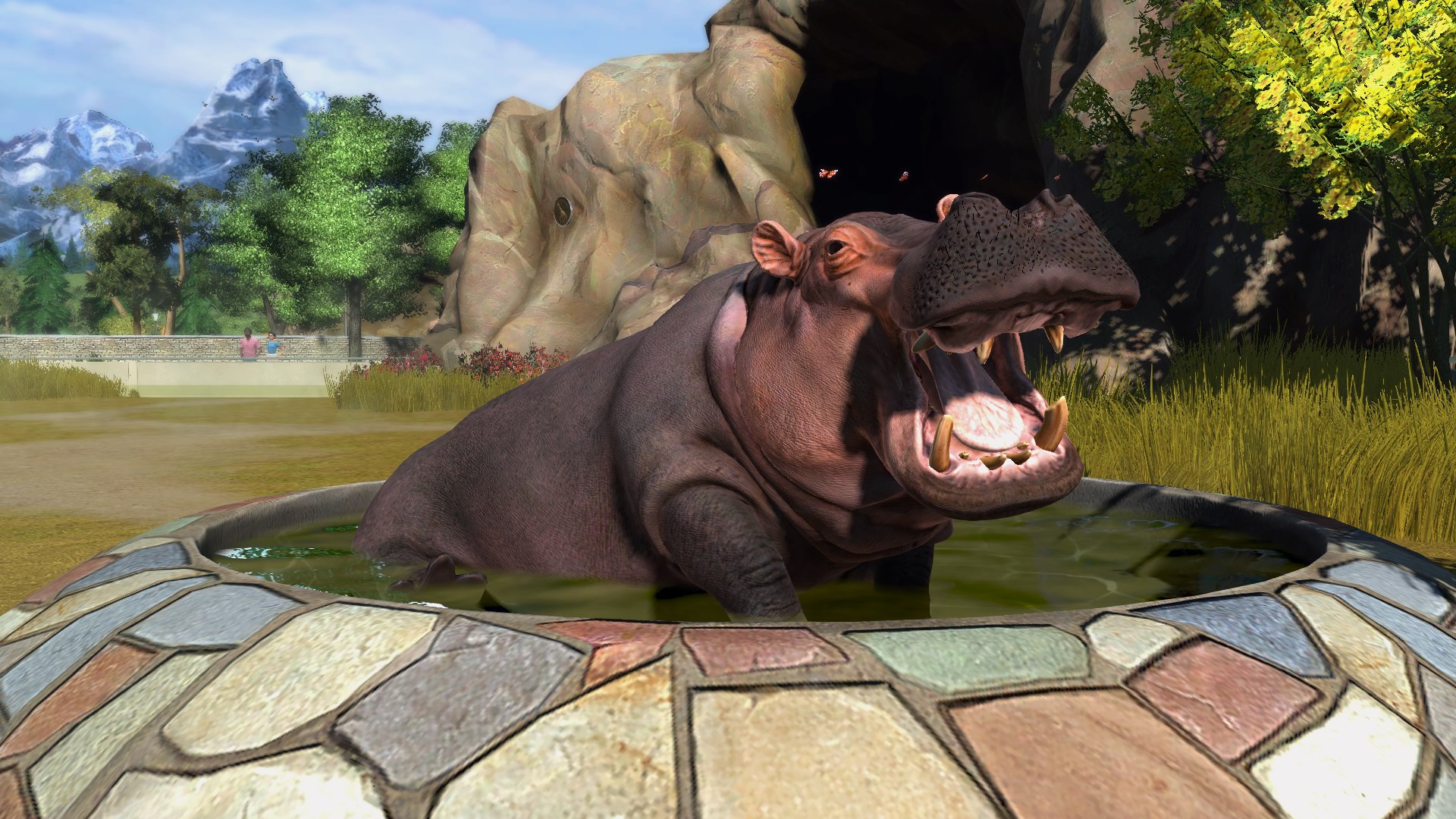 Much of the work can be done from an omniscient, birds-eye-view. Using the simple menu system and a circular cursor, you select a new display or restroom or concession stand and plant it wherever you'd like on a flat grassy map, gradually creating a sprawl of restrained wildlife. The screen is often overtaken by tiny pop-up updates written in tinier text not ideal for a television screen. The design calls to mind simulation games on PC. While squinting on the couch, it was easy to imagine the game would be more enjoyable at a desk.

Zoo Tycoon's best trick, and the reason I enjoyed playing it in a big room with lots of people, is the ability to switch at any time into a third-person character — a zoo tycoon, if you will — and roam the park you've constructed. The tycoon character exists to help you better engage with the park and its dozens of creatures. With Kinect, you can feed the animals, wash the animals and make faces at the animals and oh my gosh they make faces back it's so cute I'm just going to die. The game can be played in its entirety with a controller, but I supplemented the controller with the occasional Kinect-based animal interaction because I'm a sucker for hand-feeding giraffes — even if I know deep down they're just artwork and lines of code.

Co-workers cooed at the many soul-smotheringly sweet moments that happened with newborn rhinos and bear cubs. The game calls to mind Kinectimals, another Frontier Developments game in which you play with impossibly cute baby animals.

The art design carefully walks the line between cartoonish and life-like. Zoo Tycoon is an attractive game despite the occasional frame rate issues and some jaggy character models. Love and a little obsession clearly went into the animals, which look and behave like they could be transplanted into an adorable YouTube video. They yawn, stretch and scratch themselves like it's their job — which I suppose it is. But cute critters does not a video game make.

The throughline for the game is an endless stream of tasks with roughly three available at any time. There are minor punishments for not completing these tasks within a relatively forgiving time limit, but not enough to distract you from creating the park you want to create or taking time to make kissy faces at tigers. The tasks exist more as a tutorial, a guide and a failsafe to stop you from leaving the game on all day and accumulating massive amounts of money without punishment.

Eventually, you'll want to ignore most of the tasks, because they can be quite repetitive: I'm looking at you, repeated request to drive a buggy from one end of the park to the other in order to deliver coffee to my cruddy cafe.

In the early hours of Zoo Tycoon, every action, no matter how small, is cause for confetti, a level increase and a slew of unlocked animals to adopt. The beginning is fun, but it's also work, like you've been tricked into whitewashing Frontier's fence. For every minute spent building something new, I'd lose two minutes to repairing displays and cleaning poop. 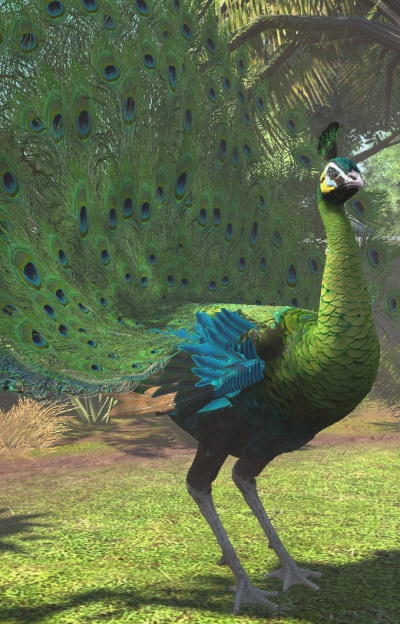 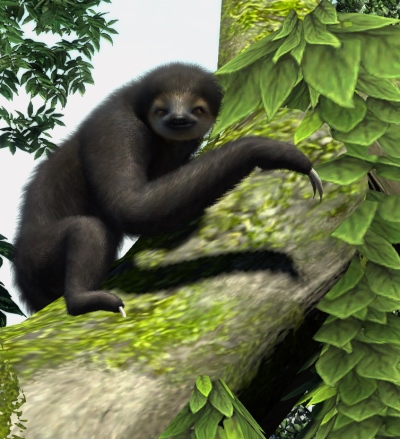 The real work comes from late-game tasks like freeing large numbers of endangered animals or breeding rare types of animals, things I wouldn't have considered without the game's motivation. I didn't expect to find depth, and so I didn't notice the game gradually training me to flip between perspectives, building, cleaning and repairing with the speed of a major league competitive gamer.

For a family game, Zoo Tycoon is commendable for not treating its players like children. Complex management options, from setting advertising campaigns and ticket prices to upgrading a skill tree, are tucked away, waiting to be found, if you seek that sort of depth. If not, the game is just as enjoyable and cute. I minimized costs and maximized profits because I wanted to, not because I had to.

And yet, the game found ways to manipulate me into doing good: improving local living conditions, reducing visitor costs, releasing animals to the wild. The latter would have felt especially tough if the game didn't keep me updated on their status: often happy, having kids with a new mate in some far off country.

Promoting good behavior is about as much as the game gets in your way. Otherwise, the choices are yours. If you want lots of money and freedom, try the sandbox mode. If you prefer a little challenge, the "campaign" is a collection of 20 half-made zoos waiting to be fixed in just the right way. There's a cooperative mode if you rather get your zoo on with a friend.

A few days in, and I'm now running three zoos in tandem. It's not that the game explicitly allows for this, rather I have three separate save files. The different zoos represent my different moods. One's my hardcore sim. One's all of the cutest animals. One of them is my junker; you know, in case my friend Chao wants to ruin anything.

Zoo Tycoon is repetitive and a little glitchy; it's simple and sometimes irritating. It's also a smartly designed simulator, accessible for all. It's charming and sweet, to the point that I never wanted to stop playing â even when my colleagues demanded we use the console for one of the bigger launch titles.Forget them, I just want to see my next task. What can I do to make this zoo better, the visitors happier and the animals healthier? For a game with tycoon in the title, it's got a good heart.

Zoo Tycoon was reviewed using a retail Xbox One copy provided by Microsoft. You can find additional information about Polygon's ethics policy here.

Our review of Zoo Tycoon 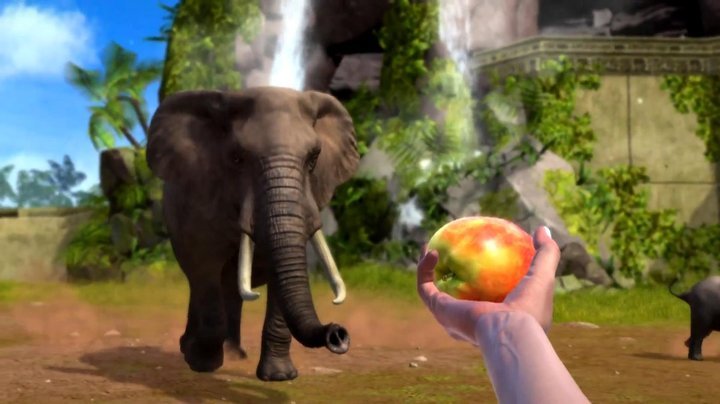