It's not the most stable racer, but Need for Speed Rivals puts spectacular ideas to great use

For some time now, EA's yearly racing franchise has been in a cycle, with each strong release matched by a disappointing one. 2010's Need for Speed: Hot Pursuit saw Criterion take over the series and improve it greatly, while 2011's The Run was a mess. In keeping with the trend, last year's Most Wanted was excellent.

Need for Speed Rivals — from new studio Ghost Games — breaks with that tradition. Though it suffers from more technical problems than its immediate predecessor, Rivals is an impressively ambitious game. And though it's available on older consoles, its heart beats firmly in next-gen, paving a high-speed road for the next batch of racing games to follow.

Need for Speed Rivals is set in the mountainous Redview County, a huge, desolate region where a strange war has broken out: cops versus racers. You get to swap between both sides of this conflict, moving a simple story arc forward as you progress — albeit a story without any actual characters.

"Only wins will stop us losing," the racer narrator intones at one point. Deep stuff.

Rivals' plot is presented via monologues by two nameless narrators, one for the cops and one for the racers. It's goofy and overly serious in a way that comes across as trying too hard rather than just having fun with a silly concept. "Only wins will stop us losing," the racer narrator intones at one point. 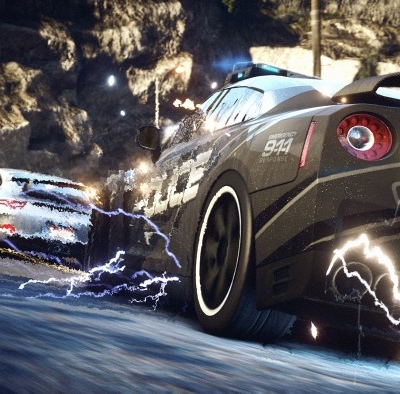 But any heavy-handedness begins and ends with those mercifully brief interstitials.

The racing itself is as light-hearted and arcade-y as it gets. Want to fly down a highway at 200 miles per hour while still somehow maintaining control over your vehicle? Done. Want to drift around a corner like an expert with the simple tap of a trigger? You got it. Vehicles pull off stunts smoothly right from the start, and they only improve as you unlock new cars and upgrades. That level of control feels great, and it's also necessary to get through Rivals' many challenges.

Whether playing as a cop or a racer, you progress in Rivals by completing "speedlists," increasingly complex groupings of assignments that improve your rank and unlock new vehicles. An early speedlist might be as simple as completing a couple of head-to-head races against random drivers out in the world. Late-game speedlists add more and more objectives — my latest tasked me with taking first place in three races, slamming into the side of 10 other racers, performing three "perfect turbos" (i.e. using turbo to speed up without crashing) and more. It can be a lot to juggle, but the game wisely lets you tackle each assignment at your own pace.

Since Rivals takes place in a big open world, you can choose what to do at any one time. At some points, I would buckle down and jump right from my garage into a series of time trials and races. At others, I'd ignore my speedlist entirely and roam the world, seeing how much havoc I could create before the cops managed to bring me in. I always had multiple speedlists to choose between at any time too, so even story progress wasn't restricted. Rivals never nailed me down to a specific path, providing a freedom that plays to its strengths. 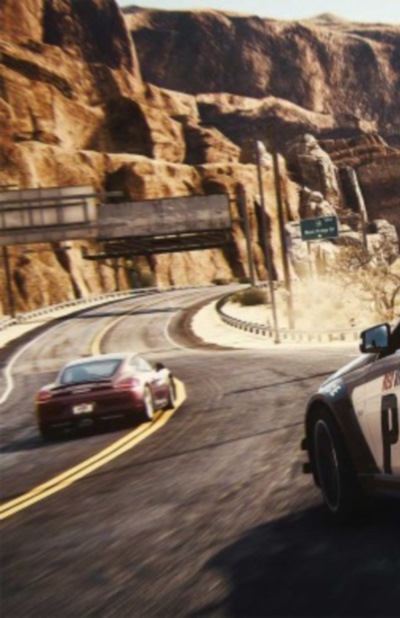 Ghost Games uses that freedom to build an enticing risk-reward balance into the game. Everything you do out in the world earns "speed points" — completing events, pulling off drifts, finding jumps and even just hitting high speeds. Speed points are in turn used to purchase new cars, upgrades and tech when you're parked at a garage. Here's the twist: The longer you're out in the world, the higher your multiplier grows, allowing you to gain more speed points... but if you get busted or wreck your car, you lose any points you haven't banked by returning to a garage. 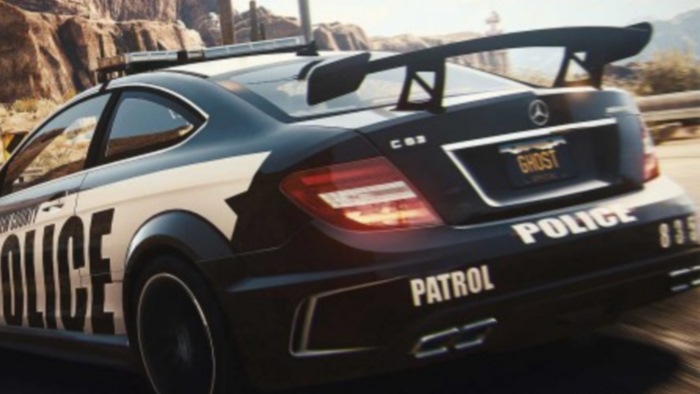 Since a higher multiplier also attracts greater police attention, building up huge points deposits becomes a wonderfully dangerous game. Getting taken down means more than just tapping a button to restart a race; it means losing all those points you've worked so hard to gather. My favorite moments in Need for Speed Rivals blossomed naturally from this system — being out in the mountains with 150,000 points, my car one or two smashes away from being wrecked, desperately searching for a repair shop to keep me running long enough to make it back to a garage so that I could spend the points on much-needed upgrades. I've never felt that kind of tension in a racing game before, and it's invigorating. 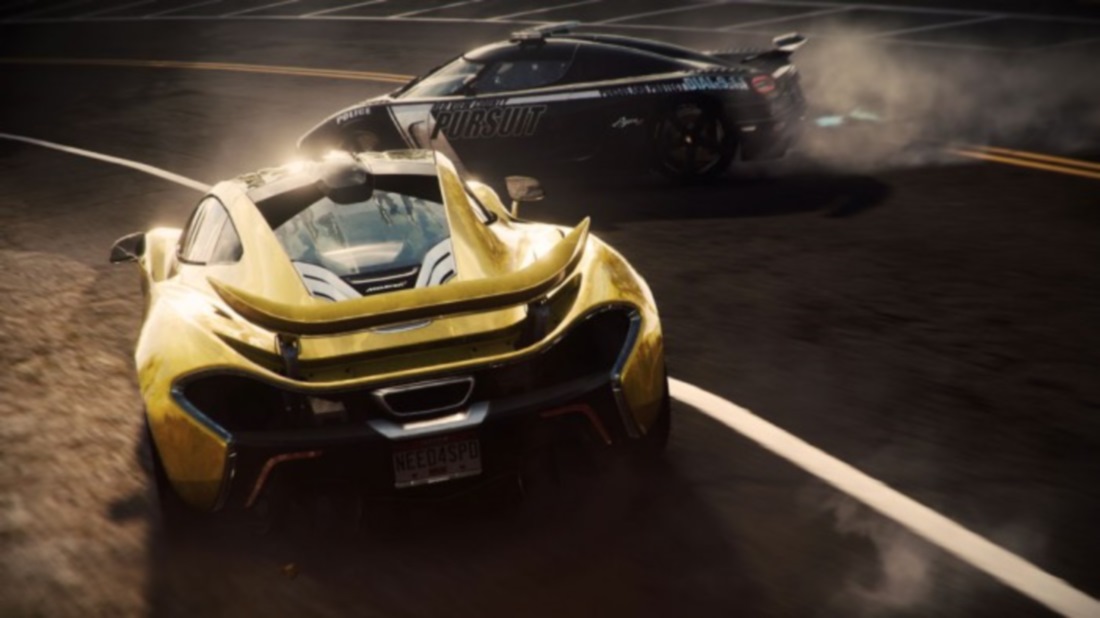 Need for Speed Rivals looks beautiful and has a relatively consistent framerate, but the online infrastructure (see below) is the most next-generation thing about it. Everything Rivals does with multiplayer is technically possible on last-gen consoles, but it's never been done this smoothly, tech issues aside. When it's working as intended, it feels like a future fitting of two consoles designed around being connected to the Internet at all times.

Rivals also includes a second-screen experience in the form of Overwatch, a mobile app that allows you to interact with your friends even when you're not playing. You can be helpful — say, by giving them an extra shot of turbo — or you can be a jerk and drop spikes into the road ahead of them. It's a cool idea, but in its current implementation Overwatch feels disconnected from the rest of the game — more like random acts of fate than a game-changing addition.

Need for Speed Rivals' has a brilliant approach to online play

If it sounds like this system is tailored mostly toward racers, that's because it is. Cops have things much easier but also much less interesting. When playing as a cop, you don't have a multiplier, you get non-upgradable vehicles for free, and events are almost completely based around smashing into racers until their cars are wrecked. As such, I was less pulled in by the cop career, but it provided a nice break in-between longer stretches as racer. Police events also give good reasons to experiment with some of Rivals' more exotic toys — specifically, pursuit tech.

Though it's available to racers and cops, pursuit tech is especially useful for the latter. These special purchases turn Rivals into a sort-of mini kart racing game, giving you items that help you get the upper hand. You can use turbo to blast ahead of competition in races, or pop an EMP to temporarily shut down a car in front of you. Police can call in road blocks or air support or drop spike strips. Though they were enough to make me scream out some choice swear words when used against me, I never felt like pursuit tech unbalanced the game. It just adds to the crazy sense of danger when any individual cop or racer could bust out a stun mine at any time. 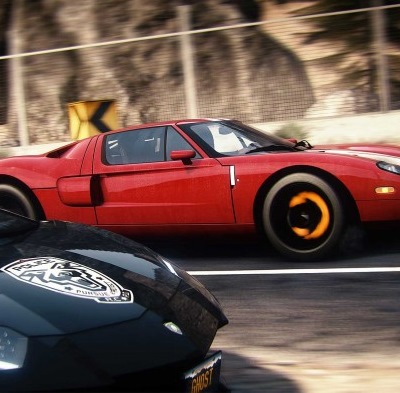 Those individual cops and racers might not be AI-controlled either. Need for Speed Rivals' has a brilliant, forward-thinking approach to online play. Any time you start the game while online, you're automatically put into a server with up to five other players. You can see where other players are on the map and jump near their location, or you can ignore them and just try to do your own thing. But if someone playing a cop runs into someone playing a racer, the game will automatically pit them against each other. If that racer is currently in a race, it will seamlessly shift into a "hot pursuit" event (i.e. a race that includes cops coming after the racers). If one racer comes across another in the middle of an event, they can jump right in, automatically increasing the multiplier for both of them.

The fluidity of these shifts brought on by other players is fantastic and leads to a great multiplayer experience that builds on single-player progress rather than interrupting it. It doesn't come without some frustrating hiccups, though.

If whoever is considered the server's "host" drops out, everyone else's game will be temporarily interrupted while the game "migrates hosts." Not only does this kill the momentum when it happens in the middle of an intense event, but it actually caused me to lose several times. When the host migration process finished and the game started back up, I would still be in the middle of an event, but my car would be stopped, whereas AI opponents were still moving. Needing to accelerate back up to high speeds from zero meant giving up first place as often as not. Even when playing offline, I also sometimes noticed AI cops and racers spawning into the world in front of me.

It's not the most stable racer, but Need for Speed Rivals puts spectacular ideas to great use

Need for Speed Rivals' technical shortcomings are frustrating primarily because almost everything else about the game is so well-designed and impressive. It builds on the series' legacy but also stretches into meaningful new directions. It may hit a few bumps, but if this is what Ghost Games can pull off in their first release and the first next-gen Need for Speed, the future is bright for this franchise.

Need for Speed Rivals was reviewed using a retail PlayStation 4 copy of the game provided by Electronic Arts. Some multiplayer functionality and Overwatch mode was tested on a near-final build of the game on a debug PlayStation 4 at an event in San Francisco. You can find additional information about Polygon's ethics policy here.