As it shares DNA with several of Mario's latest main-series outings, 3D World doesn't feel as inventive as, say, Super Mario Galaxy did in 2007. But it succeeds on its own merits, with brilliant level design, excellent pacing and surprisingly coherent multiplayer action.

You play as Mario, Luigi, Peach or Toad — the original lineup from Super Mario Bros 2. — and do what this crew does best: run, jump and wield power-ups across dozens of colorful stages. Story-wise, Bowser is involved, and there are innocents to save — but Super Mario 3D World is mercifully thin on plot, allowing you to focus on the important stuff: traversing levels, finding stars that allow you to progress, and beating up bosses.

Each character has his/her strengths: Mario is the all-around dude, Luigi has the highest jump, but he's harder to control, Peach has a crucial floating move, and Toad is the fastest. I found the interplay between characters refreshing and fun, since, unlike in Mario's other multiplayer adventures, it actually matters who you choose to play as. You can beat the game with any character — and with any combination of them — but I preferred Toad and Peach for their particular skills.

As in the New Super Mario Bros. series, one to four characters can tackle the game at any time. But here, the 3D space gives multiple players more room to maneuver, and I immediately felt more comfortable taking on difficult levels and boss battles with friends. While you can still mess with your partners (by picking them up and hurling them into lava, for example), there were far fewer tragic-comic multiplayer deaths.

For the first time in a multiplayer-enhanced Mario title, I actually preferred to play with others. The friendly competition afforded by score rankings created a satisfying push-pull between competition and collaboration, and I felt better supported to take on bosses with a buddy or team. 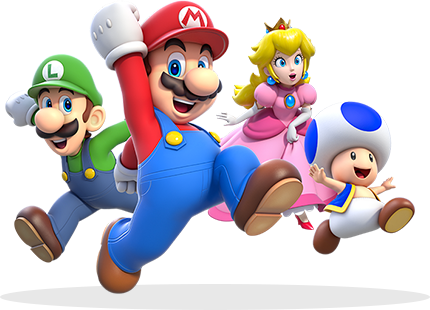 Stages are designed to work well with any number of challengers — they range from the tight, confined corridors of ghost houses to free-standing vertical gauntlets and relatively open plains. There's impressive thematic variety as well, and Mario nostalgia is well-balanced with new power-ups, enemies and obstacles. In one snowy stage, I faced off against goombas in Kuribu-shoe-like ice skates and avoided being blown off of the level by giant wind monsters. In another, old-school squid foes (bloopers, for the uninitiated) surrounded me as I had to navigate foreground and background areas in an underwater cave. The designs are always playful and fun, and served new, more outrageous challenges with every stage.

3D World introduces new ideas slowly, then ramps up the difficulty as you go along. A simple switch-grid in the first area of a stage hints at the diabolical switch gauntlet you'll face down later. In another, I was gently introduced to the spiked "rammerhead" obstacle, only to face a crazy, complicated maze of the lethal rollers in the last screens of the level. It's a prime example of excellent pacing and a testament to the developer's masterful hand at level design.

After many years of playing the damsel in distress in the main Mario series, Princess Peach is finally in a (playable) starring role again in 3D World. She fares well — as her floating ability gives her a serious advantage when platforming gets hairy, my companions and I would often fight over who got to play as Peach. It's a refreshing — and long overdue — return to form for the Princess of the Mushroom Kingdom. 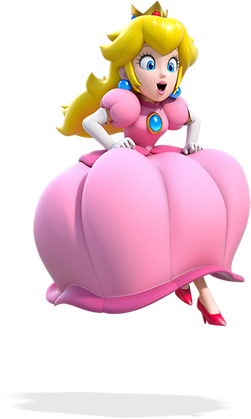 Once 3D World picks up, it feels tough but fair, and the ability to pick a character that suits your playstyle helps a great deal. If you die enough times in a stage, you're given the option to grab an infinite Tanooki suit, which grants invincibility and the regular Tanooki ability to extend your jump. This makes every level a surmountable challenge, even if you aren't a 3D platforming savant.

My only frustration with 3D World was the isometric perspective that sometimes accompanied the pulled-out camera. I died — or lost my power-up — countless times because I misjudged a jump or enemy thanks to the dreaded (for me) 3/4 angle. I got somewhat used to this over time, but the annoyance persisted even after I felled the final boss and dug into the considerable end-game content. 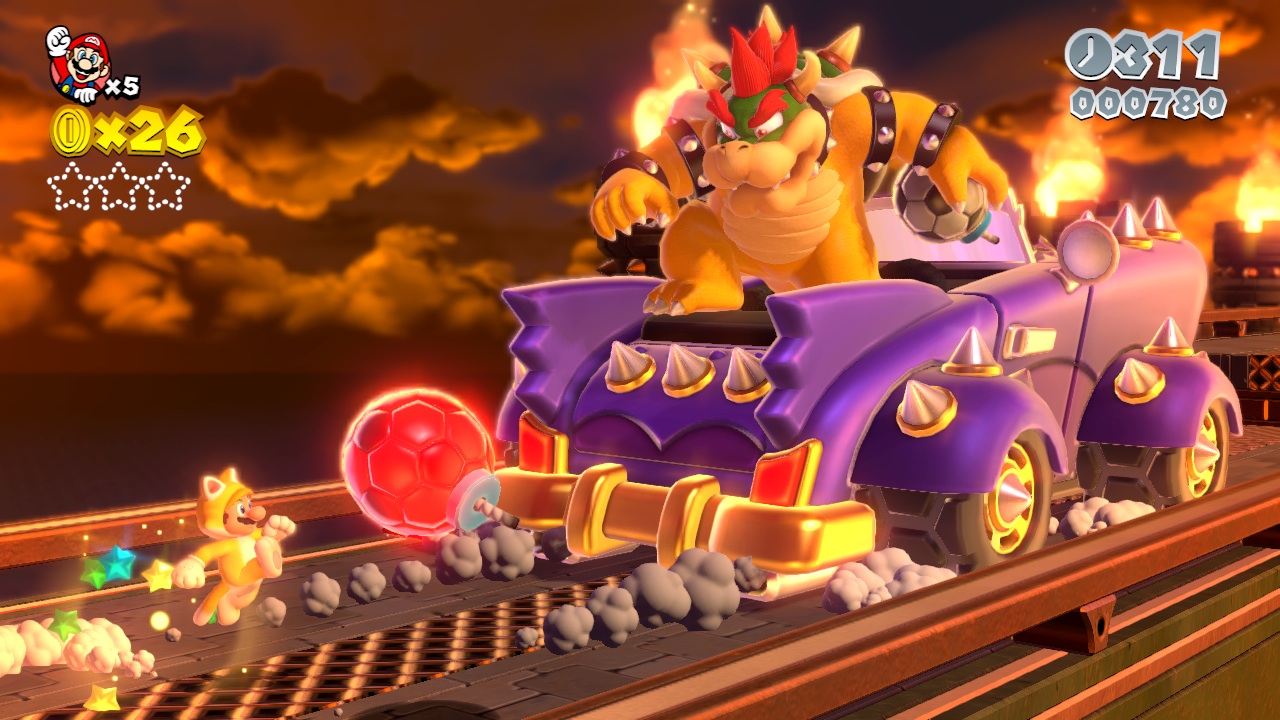 3D World's overall feel is improvisational and playful, and nowhere is that more apparent than in the new power-ups. The "cat bell" — which appears often, and features in all of the cover art — grants an adorable kitty suit, the ability to climb up walls, and a ferocious pounce attack to each wearer. This is easily the friskiest — and dare I say, most fun — new toy in a Mario game in years, especially when playing with multiple kitties. The double-cherry — which allows each player to control multiple "doubles" of their given character at once — is also brilliantly deployed, in stages that required me to use the environment to separate and gather my clones.

Super Mario 3D World doesn't reinvent the Mario formula. But it is in every way its own game, with a bright, joyful aesthetic that's supported by inspired level design and a cast that matters. It gets the balance right between nostalgic touches and clever new twists, and never once let me down with a boring boss or too-familiar retread. In all my years of playing with the Mario gang, I've never been quite so happy to hurl myself into the unknown, and 3D World delivers challenge, surprise and joy in almost every moment.