The revolution will be livestreamed

Share All sharing options for: The revolution will be livestreamed

Forget better graphics, fancy controllers or voice commands, the next big thing in gaming might just be you.

The ability to quickly and easily start streaming videos of yourself playing video games from a next-gen console is proving to be quite popular.

Livestreaming through Twitch or UStream is a launch feature on the PlayStation 4 and Microsoft says that ability is coming to the Xbox One early next year through their partnership with Twitch. While streaming live video gameplay to video services isn't new, historically it hasn't been exactly easy to do from a console either.

"Broadcasting from the current generation of consoles you can do, but it's really, really hard," said Matthew DiPietro, vice president of marketing for Twitch. "You have to be a bit of a MacGyver. The desire for gamers to want to share their gameplay via live video is obviously there. There are 600,000 a month who want to do that so badly that they are willing to invest in hardware and spend a ton of time to do this stuff.

"The whole reason we talked to Sony and Microsoft was to remove all of those technological barriers for entry for people who want to broadcast." 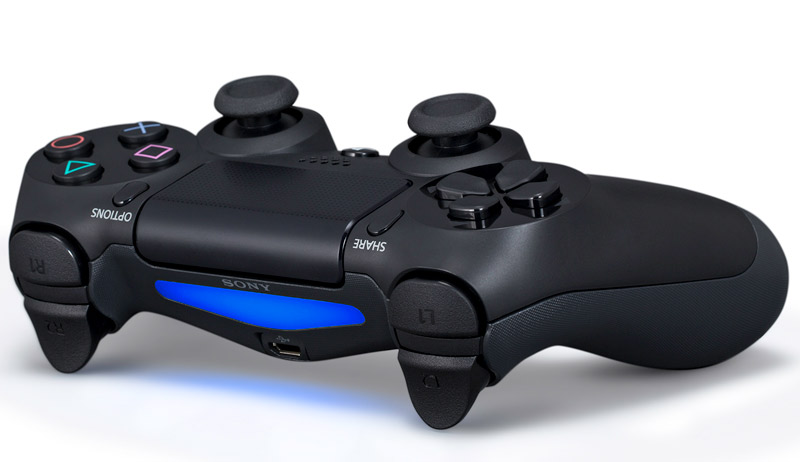 Sony was so invested in the idea that they created a button on the PlayStation 4's controller that allows gamers to almost instantly start streaming their gameplay over Twitch or Ustream.

John Koller, vice president of product marketing for SCEA, told Polygon that Sony's main reason for adding a share button to the controller was to "help build a vibrant, thriving community that is constantly interacting on PS4."

"We see a demand among gamers to share their gameplay, whether it's through a live broadcast or recorded clips, but traditionally it has been difficult to make that happen," he said. "With the share button, we are making it simple for gamers to broadcast their gameplay by removing the technological barriers with getting capture cards and streaming gear.

"The overarching strategy is really about celebritizing the gamer, since we think it's important to personalize who they are, how they play, and convey the emotion that they have. Now they can save and share their greatest moments in games easily with friends across social media networks, or through live streams."

Microsoft declined to comment for this story, though they said in a prepared statement that the ability to broadcast gameplay is something they are excited about.

"We are working to ensure the initial Twitch on Xbox One broadcasting experience meets the expectations of the Twitch community, so while this feature won't be available right away, we'll let you know as soon as it is ready," according to the statement. "Our goal is to deliver it during the first part of 2014."

There are no plans to bring UStream livestreaming support to the Xbox One, though it too is available now for the PS4.

"Ustream is not currently working on (Xbox One integration)," said UStream's vice president of product marketing David Gibbons. "To integrate this capability natively (as it is on the PS4) would require a close cooperation between Microsoft and Ustream. We haven't been in discussions about this, but we wouldn't rule it out as a future possibility."

Both Ustream and Twitch officials say that the impact on their service has been almost immediate. In short, it's a big hit among PS4 gamers.

"It's obviously in the early days, but even before the official launch there were several consumers who got their hands on units and were trying it out," Gibbons said. "The system has been working flawlessly, and there have been game streams active continuously on the site." 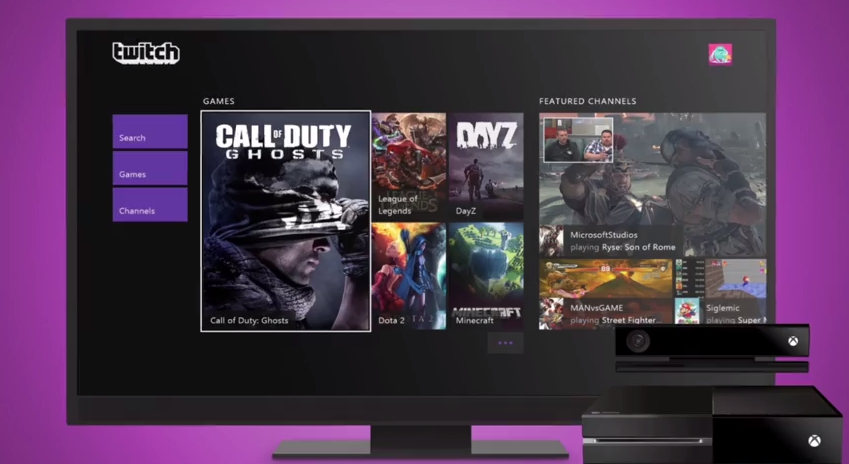 Twitch's DiPietro declined to share any specific numbers about how many people are livestreaming from their PS4s, but noted that Killzone: Shadow Fall was a top five streamed game on the PS4's launch day. Twitch has also created the ability to browse through only PS4 streams on their website. Currently, that option nets what seems to be an endless selection of livestreams.

Despite the sudden increase in streams, DiPietro says the service hasn't had any issues.

"We've been preparing for this very, very consciously for over 12 months," he said. "We knew it would increase broadcasters and viewers dramatically."

DiPietro says the service's integration into the PS4, and eventually the Xbox One, could have a profound impact on Twitch.

"As the consoles get into people's hands we will see growth rate," he said. "The last few years we've had 15 percent month-over-month growth in viewers. The current gen console are in greater than 50 percent households. I have every reason to expect next gen will meet or beat that penetration.

"The potential is just mind boggling. The question is how fast and how big will this become."

"The potential is just mind boggling. The question is how fast and how big will this become."

"While it's been popular in the past, the integration between the PS4 and Ustream lowers the technological barrier to streaming your gameplay to the point where anyone can accumulate a global audience," he said. "That's exciting for any gamer, and viewing games and listening to commentary on them has all the same appeal as watching any other sport. We predict it's going to grow into a very commonplace, even an expected capability for future gaming systems."

Sony's Koller also sees in livestreaming the ability for players to discover games they may not have otherwise noticed or cared about, something that could have an equally dramatic impact on consoles and the games that come to them.

"I think this functionality will extend to helping gamers discover new games and content," he said. "For instance, you might watch a stream of a game that you've never heard of, and then want to try it for yourself. This may be particularly useful with indie games that get less exposure than the larger titles.

"The Share functionality also opens up collaboration among gamers in a new way, as you might discover alternate methods to defeat a boss or get through a tough area by watching clips or streams."

And as important, Koller notes, this functionality extends to beyond the existing PlayStation 4 community.

"PS4 is designed to be a social platform where all of us play together. Gameplay streaming allows gamers to show off their greatness while feeding a vibrant, organic community of like-minded players," he said. "The share feature also enables gamers who haven't bought a PS4 yet to be part of the community by watching and commenting on PS4 livestreams. People can check out the games that set the system apart, and ultimately get a taste of the PS4 experience."

As the next-gen consoles role out their livestreaming support, it's clear that social is an integral part of their strategy.

Twitch's DiPietro calls it the "connective tissue" of gaming.

"From the broadest perspective, live video is becoming the social connective tissue in the gaming community," he said. "The way families use Facebook, gamers are using Twitch. Watching gameplay has been a part of the game experience since the very beginning, since I was 8 watching my brother play Space Invaders on Atari. This has always been part of the experience. We just have taken it and put it in 2013, in a world where we have broadband capability and 24 hour internet.