Pretty much everyone that plays Forza drives like an asshole

Forza Motorsport 5 will make you love cars. It will also make you hate your friends.

Console launches need racing games. There's something about new hardware that gets developers in the mood to refine the genre's sense of speed, to make races feel more authentic. And of course, it doesn't hurt that racing games so capably demonstrate the visual power of new platforms.

Forza 5 addresses those needs. All of its tracks have been rebuilt, laser-scanned and meticulously crafted to be more authentically asphalt-like. It's got beautifully constructed cars, and a world filled with light so bright you can't even see the track coming out of certain corners. But Forza 5's biggest addition is something you won't necessarily see. Until, that is, it tries to smash you off the road — all with a friend's name hanging over it.

Forza 5 can play somewhat like an arcade racer, with a host of assists and options to set that will render every car a speeding bullet, vulnerable only to the most direct of collisions. But Forza's passion pushes toward simulation. Forza 5 isn't about the spectacle that drives games like Need for Speed rivals. It's about learning tracks, and more, learning about the cars you're driving — their quirks, their strengths. As you get better at Forza and disable driving aids, every car is slowly revealed to be its own puzzle to be solved.

Thankfully, Forza 5 continues the series' goal of accessibility. There are a number of options present to ease less familiar players into Forza's world. The most obvious is the return of the driving line. It's a guide projected on the track that shows you where the ideal point for your car is on any given turn. Almost as helpful is the replay feature. At almost any time, you can hit the Y button to reverse time and re-run a part of the course in real time. Take the last turn on Laguna Seca too hard and slide into the sand? Try it again. Get smashed into a railing? Try again.

Unlike other racers, Forza wants you to get things right without wasting your time — and ideally without hating the the inventor of the combustion engine any time you blow a decent lead with one miscalculation. It's a welcoming thing to be able to try a turn over and over to finally get it right without the need to restart a race. This is what Forza 5 is about.

I don't care much about cars. I don't drive. I don't lust after the latest Italian supercar or keep tabs on BMW's latest model. But I love to watch people talk about cars. I love to watch Top Gear, to see its hosts delve into a topic they clearly care deeply about, that's been an enormous part of their lives. It's a treat to get a view into that passion. It's rewarding to understand it.

Forza 5 isn't a dry, library-like collection of cars, observed in clinical detail with rubber gloves. Developers Turn 10 and their collaborators from the BBC's Top Gear want you to get your hands, and your car, dirty. They seem to want you to love cars and car culture as much as they do. Forza 5 progresses by gently pushing you through series of races and new event types — as you race, you gain more experience, unlocking new event types and new categories. Everything is tailored to you, and feels designed to keep you playing and keep you learning more.

It's somewhat disappointing that Forza 5 doesn't take its relationship with Top Gear even further. The introductions provided to each race category are great, human looks into those subgenres of the sport. They communicate the love that people have for cars in a broadly relatable way. But these moments pass all too quickly. What's left is still affectionate rather than cold, but it lacks the same personality. 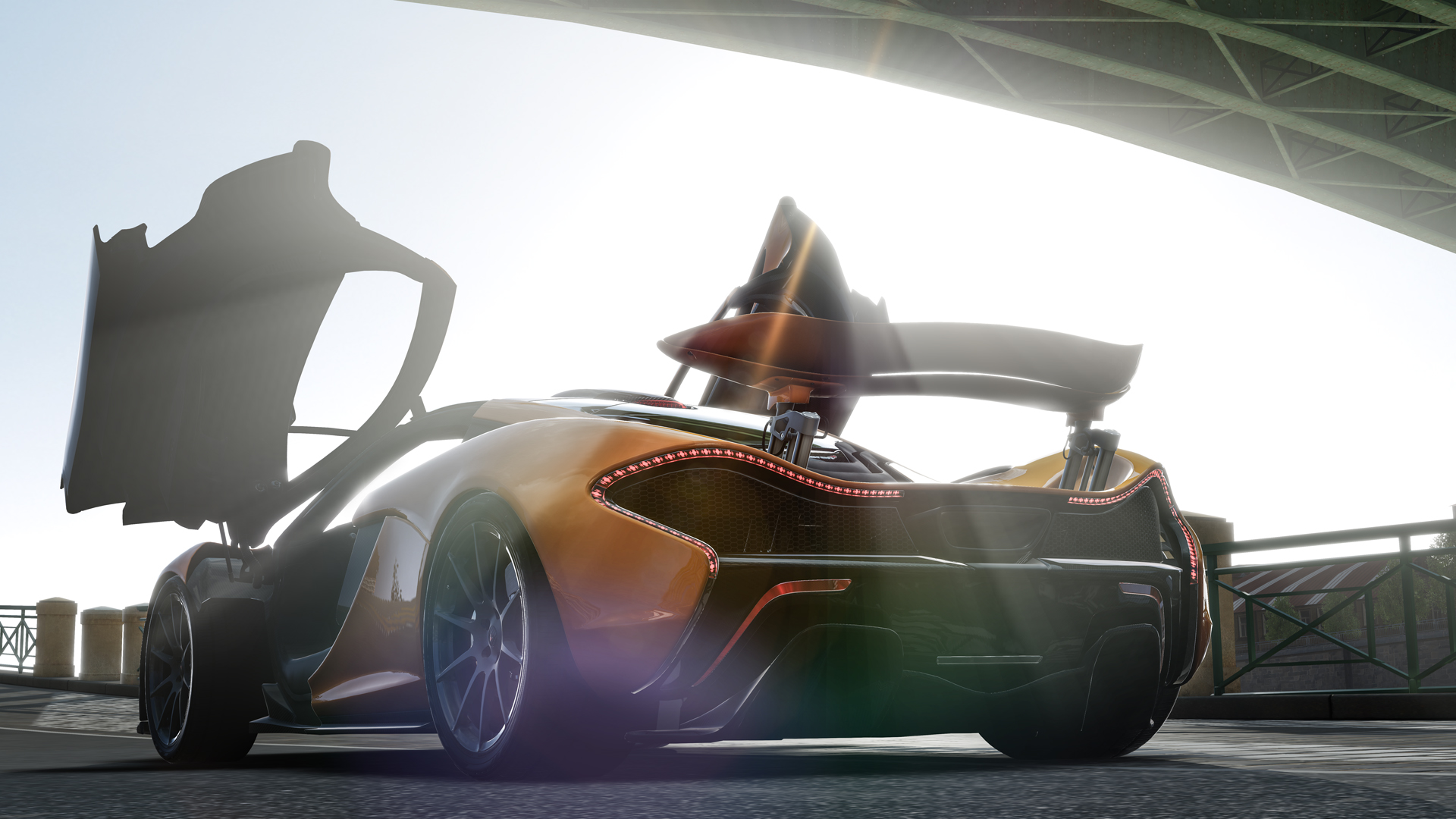 Forza 5's most obvious next-gen qualifiers are visual — incredible lighting and shadows dance across the track as cars speed around each course at a hundred miles an hour or more. In the Forzavista mode, you can also get right in and appreciate the work and detail that went into each of Forza 5's cars.

But, as mentioned below, it's Forza 5's AI and controls that feel like the biggest step forward from Forza's past. Microsoft's impulse triggers offer effective force feedback for the new controller. They often create the sensation that the triggers themselves are fighting you.

Pretty much everyone that plays forza drives like an asshole

Of course, you might forget all about that love and devotion when you get rammed out of a turn.

Forza 5's biggest addition to the series is the revamped Drivatar system, which originally made an appearance in the series debut in 2005. As you play, the game pulls telemetry data and analyzes your behavior server side. The result is a sort of driver profile that pops up in your friends races — and your friends and other Forza 5 players' drivatars appear in your races.

Thanks to these AI profiles, just about every race pits you against racers that feel human. It was eye-opening being thrown against friends who were playing the game, and finally getting a view into their driving habits.

My conclusion? Pretty much everyone that plays Forza drives like an asshole.

I wasn't far into Forza 5 before I was swearing at my television, cursing the virtual representations of my friends for their on-track behavior. The Drivatar system leads to AI that is irritatingly, competitively human. Racers bumped, collided, nudged and generally played dirty. The first turn in most races was a calamity.

This was something of a double-edged sword. On the plus side, it forced me to think on my feet more than Forza has in the past. Previous Forzas always felt oriented on driving a perfect line after getting past the initial pack, and that's not the case at all in Forza 5. The gold tier for each race — the placement that gives the most credits and experience — includes first through third place, which was as good an indication as any that I wasn't going to finish first all the time.

But the Drivatars combine with another change: There's no more penalty for car damage at the end of a race. The motivation to keep your car intact is mostly gone. The result is a game that feels a little more physical and a little less graceful than its predecessors.

That said, just about every race was exciting. I had to watch the competition all the time. Most races were a constant struggle, rather than an early fight with a cushy late-race lead. Driving and succeeding always felt like an accomplishment. Even when I didn't place first, I felt like I had achieved something, sitting on the edge of my seat, begging out loud to make a turn I knew I was pushing too hard into. Forza 5 feels like a more physical experience than its simulation predecessors.

This is helped by Forza's excellent controls, along with a new addition on the Xbox One's controller: the impulse triggers. The way Forza feels, physically, is probably the most next-gen thing about it. The controller's triggers give an incredible amount of useful, tactile feedback. I knew exactly when I was pushing my car too hard in a turn based on how aggressively the controller fought my inputs. It made me a better driver.

Not everything has made it in the transition to new hardware. There are fewer tracks than 2011's Forza Motorsport 4, and fewer cars. But in my dozens of hours with Forza 5, I never felt short of courses to race on, or things to do.

Forza 5 is beautiful, sure, with a stunning, light-filled world of engines and tire smoke. But with the introduction of aggressive, convincing AI that makes every offline race feel like a multiplayer competition, Turn 10 has charted a course for the future of the series â and created the Xbox One's first must-own game.

About Polygon's Reviews
9.0 xbox one