Ryse is beautiful but hollow

Ryse: Son of Rome isn't the worst game available at the Xbox One's launch, but it may be the most cynical.

From its setting to its scope to its bloody tale of revenge, Ryse is every inch a calculated contender with the competition's God of War franchise. With the latest iteration of developer Crytek's powerful CryEngine technology, it seeks to be even more of a visual spectacle.

While the end result is polished, entertaining to look at and even sometimes a little fun, Ryse doesn't embrace the endless possibility of the new hardware it's helping to debut. It drags you through the motions, and those motions get pretty mundane.

As yet another video game protagonist driven by revenge alone, there's not much to Marius

Set in a revisionist history version of ancient Rome, Ryse follows the story of Marius, a soldier-turned-centurion with a tragic past. After his life is torn apart by a barbarian invasion, Marius becomes one of the Roman legion's fiercest warriors, fighting on the front lines of the expansion of the empire into new territories.

As yet another video game protagonist driven by revenge alone, there's not much to Marius. Some early scenes with his family hint at a gentler and more interesting character, but he quickly fades away, replaced by a screaming general-type who's loyal to his men but little else. The plot offers a handful of twists, reveals and new characters to try to keep things interesting, but nothing sticks, and it all builds up to a dull finale — though one that at least didn't try to shove hope for a sequel down my throat.

In fact, a lot of Ryse is dull despite swordplay that looks exciting enough. The mechanics feel good at first; you can smoothly leap between multiple opponents, swapping between regular sword attacks, shield bashes that throw enemies off balance, and blocks that prevent you from taking damage. Slice at an enemy enough times, and a skull icon appears above their head. This signifies that you can perform an execution — the ultimate example of both Ryse's flashiness and its lack of actual substance. 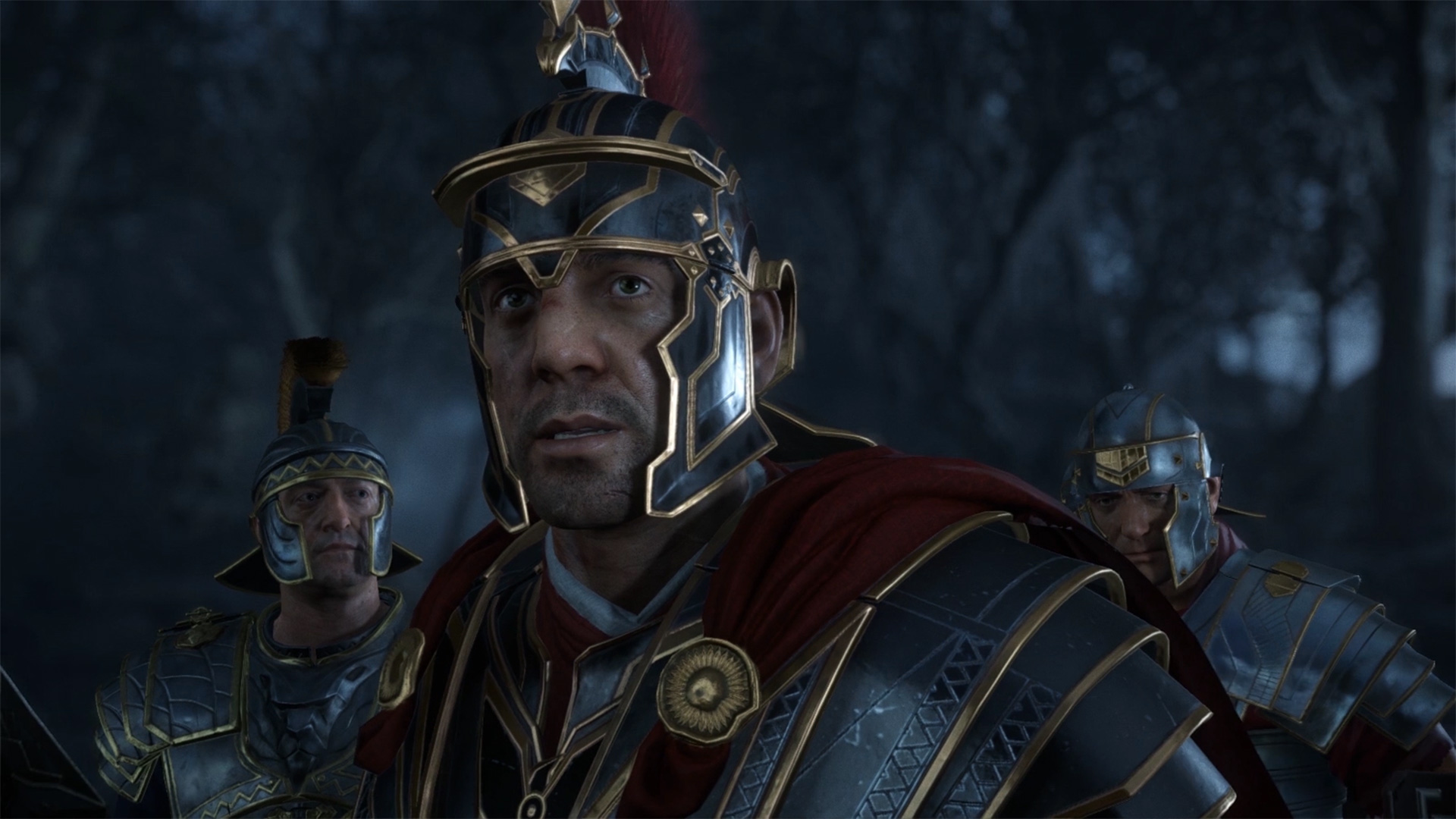 Ryse: Son of Rome's next-gen qualities are most obvious in its visuals, especially faces and human bodies. Developers have been perfecting tricks to make environments look good in games for years, but making human models that aren't trapped in the uncanny valley is a trickier task. Crytek's latest CryEngine iteration makes some huge steps in the right direction.

But for as great as the characters look, the concessions Ryse makes are all the more frustrating. In particular, it repeats character models constantly. The game only has a few different types of enemies, and most of those types look exactly the same every time you face them. Every shieldbearer is the same burly, bearded man, for example — which is especially awkward at the many points where you fight two of them at the same time.

Executions are essentially long quick time events. The enemy flashes a color, and you tap the button on the controller corresponding with that color. Your reward: a gory death animation, including such horrific sights as slicing off limbs to view the bones within and using your foot to hold a barbarian underwater while he drowns. It's playful yet horrific stuff. But even if you're into that, Ryse is determined to bore you.

The game has dozens of executions, but if you're playing smart — in a way that kills enemies fastest and gets you the most rewards — you're going to be using them on virtually every single foe. They're going to repeat themselves. A lot. The game only took me five hours to complete, but I still felt like I had seen the same executions over and over again by the end.

Did I mention that the executions don't actually take any skill to pull off? While it's true that you need to whittle an enemy down on your own enough to make an execution possible, once the execution has been initiated, you can set the controller down. Fast button presses earn bigger experience point rewards, but the animation will play out the same way and finish off the opponent even if you don't press anything. Given that there's only maybe five or six enemy types throughout Ryse, the many combat scenarios quickly become reruns of the same tactics — dodge, shield bash, swipe with the sword, repeat, execution, over and over and over.

To its credit, Ryse departs from that formula for some memorable segments. One repeated bit has Marius huddling together with his legion of soldiers in formation. They march forward, raising shields to block incoming archer fire and pausing to toss spears when in range. It's a simple but entertaining mechanic, and it's used just enough to provide some variety. Another great part sees Marius commanding troops on a castle wall as barbarians toss up ladders and push siege engines to try to break through. It gives you more to deal with than the same-old combat, and you can even shout some orders using the surprisingly responsive Kinect. 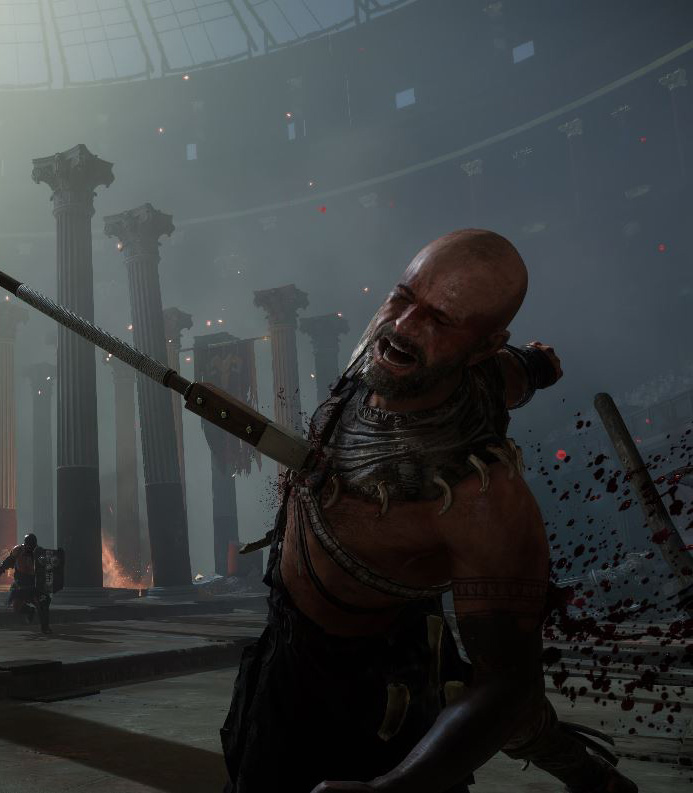 executions don't actually take any skill to pull off 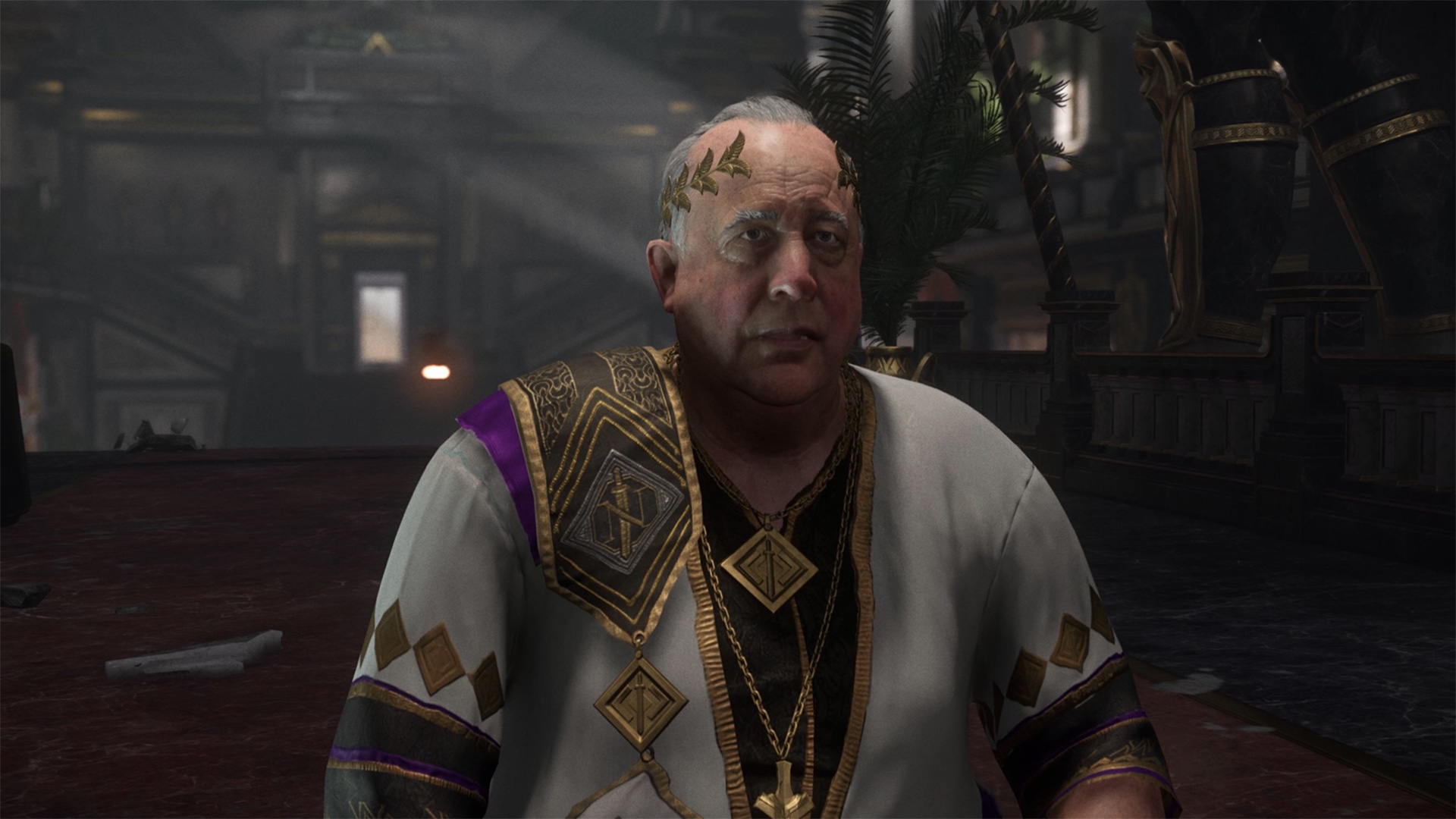 Within its generic action game plot, Ryse hides an uncomfortable approach to demonizing its villains. The game's bad guys are consistently portrayed as feminine and, as the game progresses, sexually deviant. Worse, Ryse ties those traits in with heavily implied homosexuality, later adding bestiality into the mix as well.

There is some historical precedent for feminine traits being seen as negative in this time period, but most sources point to homosexuality being a common and accepted extension of male sexuality — not something that the citizenry would be driven to mock. Moreover, even if there was a historical basis for it, Ryse uses those traits to frame your enemies as unlikable and worth killing. It's a cheap and frankly gross tactic.

But as cool as they are, those events are the exception. They're also missing entirely from Ryse's arena-based co-op multiplayer.

Titled "Gladiator mode," the online co-op attempts to add some longevity to the game with slow-paced leveling and a loot system that's absent from single-player. However, all you'll be doing is that repetitive combat, and even within that, some of the sparkle is gone. The visual splendor gets interrupted by seeing your partner run through the scene or watching them idle when they're actually in the middle of an execution.

Tons of armor and weapons to choose from could add some depth in theory, but in practice the loot is both tedious and exploitative. Most of the items affect your stats in very tiny, difficult-to-notice ways — how fast you gain focus to allow for special attacks, how quickly you gain experience points, etc. — which makes getting something new a lot less exciting than it could be.

The key word there: random. You don't purchase specific individual items in Ryse. You buy packs that come with a certain number of items from a certain tier of power. So it's entirely possible to spend your hard-earned gold and get nothing of value. In fact, I only purchased three or four loot packs and still ended up getting several pieces of junk that I had no interest in. Though it's a system borrowed from other microtransaction-heavy games, I don't think it's a very kind way to keep players engaged.

Ryse is beautiful but hollow

Then again, kindness is the last thing Ryse: Son of Rome concerns itself with. It's a gorgeous, dark and bloody tableau. But all that visual beauty and dramatic gravitas goes to waste with an aimless plot and a monotonous combat system. Ryse has all the guts of next-gen â often quite literally â but none of the glory.

About Polygon's Reviews
6.0 xbox one