Microsoft promises dedication to Australia with unique Xbox One experiences

Share All sharing options for: Microsoft promises dedication to Australia with unique Xbox One experiences

Microsoft Australia will put its Australian consumers first with the launch of the Xbox One, with promises of a unique experience, content and features created specifically for the Australian market and an increased effort to work with Australian indie developers, according to the company's interactive business lead Jeremy Hilton.

Speaking to Polygon at the Xbox One's launch event in Australia, Hilton said the company is focused on providing strong Xbox One support in the region. This includes working closely with Australian independent developers, setting up unmetered streaming, providing region-specific entertainment content and dedicated local servers.

Microsoft's Independent Developers @ Xbox program, where accepted developers receive two development kits for free and become registered Xbox One developers, will roll out with the console's launch. In the future, Microsoft plans to allow for retail Xbox Ones to a development kit.

"We have a long focus of working Australian developers who are primed to work with us, you know Halfbrick and what they did with Fruit Ninja Kinect," he said. "At the end of the day we want the best content for Xbox and regardless of whether that's internal or external, we want to to work with the best developers in the industry.

"Certainly the independent scene is booming at the moment and there is some interested dynamics at play where other platforms like mobile and tablets are quite congested, so they are turning their gaze to what the consoles look like and their capabilities look quite different to the prior generation. Absolutely there has been a lot of interest. It is a new opportunity for the Xbox One."

Even though the program was perceived as a knee jerk reaction, Hinton said, the program has been in the works for a long time, with Microsoft working with developers to mould the project. Hinton pointed out that Microsoft has a long history in fostering development in Australia, saying "it isn't necessarily something that we talk about a lot."

He used the the XNA program as in example where the company set up universities and high schools with consoles and developer licences, encouraging students to learn maths and science through programming a game. The company also aims to make programming as a skill more appealing, identifying that Australia needs more people in IT.

He said Microsoft is in talks with educators in the past few weeks to implement a similar program with the Xbox One, however their first priority is getting Australian developers on the ID@Xbox program. 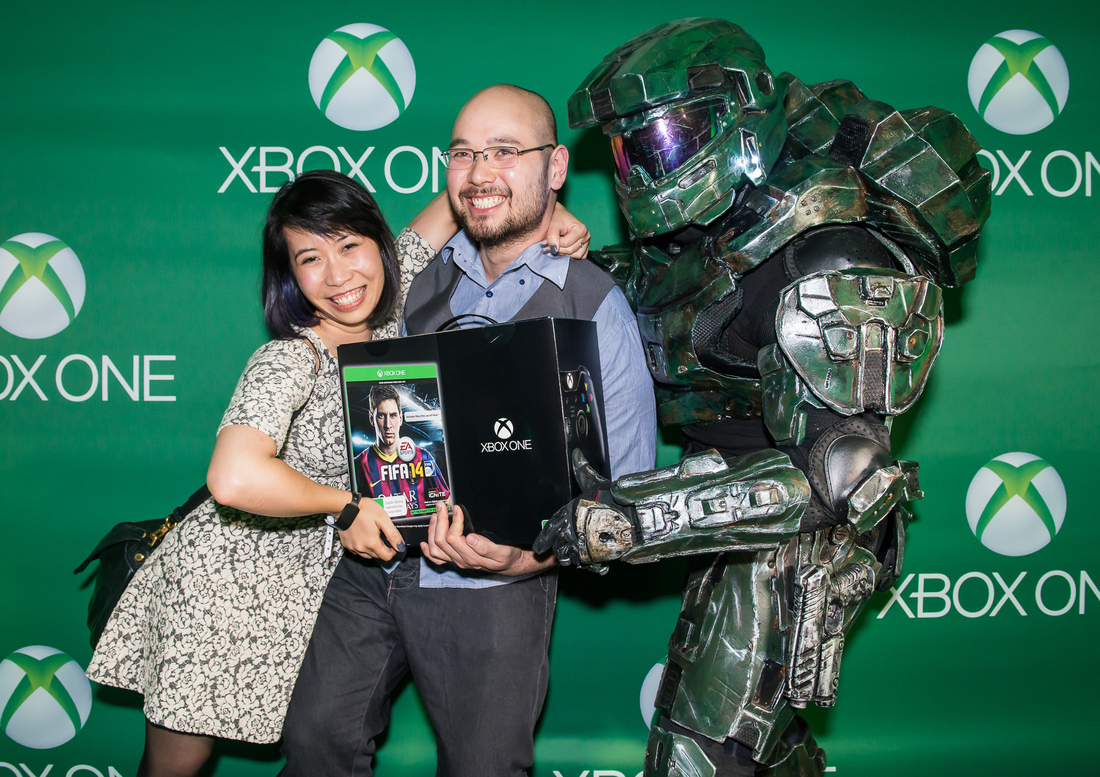 While Microsoft revealed to Polygon that pre-order numbers for the console in the region were six to eight times greater than that of the Xbox 360, Hinton was unable to narrow that figure down.

"The numbers have been significant in just the last couple of days, so we are not yet ready to make announcements but we will reveal these numbers once we verify them," he said. "The number is above even our more most optimistic forecasts."

Hinton couldn't reveal what those forecasts were, but did guarantee that pre-orders in Australia will be fulfilled without delays.

With the Xbox One, Microsoft is confident that the hardware will not experience issues similar to Xbox 360's Red Ring of Death failures.

"We have engineered the best possible box, that is going to work fantastic today and for the next decade as well," Hinton said. "And so I think we spent significantly more resources and the best minds across Microsoft to create a piece of hardware that we are extremely pleased with. "

According to Hinton, Microsoft has done a range of things to enable the best experience for Australians when they get that day one update, such as making sure that it has the right server capacity for the market and making sure that content is cached locally with ISPs.

"The beauty of having the investments we do in our servers, specifically with our Azure cloud platform, is it is 300,000 servers in the global network," he said. "It is a global service for us so anywhere there are Azure servers they are able to support Xbox Live system with that. We have announced that we are building Azure data servers in Sydney and Melbourne.

"Even just having the server infrastructure for gamers, let alone the local impact, the ability for the multiplayer to be run on our servers to stop cheating and throttling and things like that," he said. "The ability for content creators or anyone who makes a game for Xbox gets access to our infrastructure to host their content and a lot of our partners are doing that from day one.

"It helps them with scaling, we have a pretty good record with prior launches," Hinton explained, "and we've got a lot of lessons over the years as well and of course we have done a lot of this already the Fortune 500 companies launching their data centres for them."

While Microsoft wants to offer the best gaming box on the planet, it also wants to provide the best box for everything else users do their living room. This, according to Hinton, is because Australians have changed the way that they consume content on their consoles over the past eight years.

"We love our shooters but the same time we love to play together socially, so it is a funny mix of the two," he said. "You can have Dance Central be wildly successful as well as your Call of Duty. I think with media consumption, we are still a little bit further behind. That is partially because of broadband and partially ownership of content, but we are rapidly catching up."

"Australians just got used to waiting for content or waiting for features but we really know markets are nuanced, they like different things from their living room experience," he said "So our intent is to deliver an experience that is unique to Australia. So live TV works day one, three app partners, SBS and Quickfliks will follow very shortly."

Foxtel for the Xbox One is yet to be confirmed, but Hinton mentioned that the enthusiasm received from unannounced content providers is amazing and more will be revealed in 2014. According to HInton, the conversation isn't ‘Will this feature come to Australia?,' it is when. Current content available at launch includes watching ABC content through Xbox video and movies on demand through Hopscotch.

"There are some things that are new and will be pioneered to the U.S. first before bringing it to Australia, but about those things are ownership of content," he said, using Netflix as an example. "There are a few things at play - Australia in terms of numbers is not that large compared to other markets. So if their licence costs are per unit of content, then you need a lot of people consuming in order to make that back."

"The issue is some of these partners will choose to launch in other markets first and get scle there and then enable other markets to come online later," he said. "We certainly see that there is a shift in attitude in content owners in Australia and they very much understand the unique experience we are offering with the Xbox One."

Microsoft is in talks with a range of Australian broadband providers to offer Xbox One users unmetered data for certain products and services. For example, Microsoft and Foxtel rolled out a Foxtel service on Xbox 360 that was unmetered for Telstra BigPond users.

"We are in constant discussion with a range of partners to deliver the best experience on our console," he said, adding that they have nothing to announce right now. "But yes we have talked to everyone."