Report: Lego The Hobbit coming next year for all major platforms

Share All sharing options for: Report: Lego The Hobbit coming next year for all major platforms

A Lego game based on Peter Jackson's The Hobbit films could be coming next year, according to allegedly leaked promotional materials for the title.

Brickset forums member "sidersdd" posted photos (shown below) of the back of the instruction booklet used for the 2014 The Hobbit Lego sets. The first photo shows wizard Gandalf the Grey with Dwarven hero Thorin Oakenshield and the Hobbit Bilbo Baggins, while the later shows Bilbo's hand holding the famous One Ring.

According to the photo, the game is slated to launch in 2014 for all major platforms — PlayStation 3, PlayStation 4, Xbox 360, Xbox One, Nintendo Wii U, Nintendo 3DS and Windows PC. It also lists developer TT Games and publisher Warner Bros. Games.

Animato Studios lists the same image, also stating it came from the back of an instruction manual for upcoming The Hobbit sets. These sets will not be available in North America until December.

Last year, TT Games and Warner Bros. released Lego The Lord of the Rings, a retelling in typical slapstick Lego fashion of Peter Jackson's film trilogy based on the works of J.R.R. Tolkien. The second film in The Hobbit trilogy, The Desolation of Smaug, is set to debut in theaters on Dec. 13. 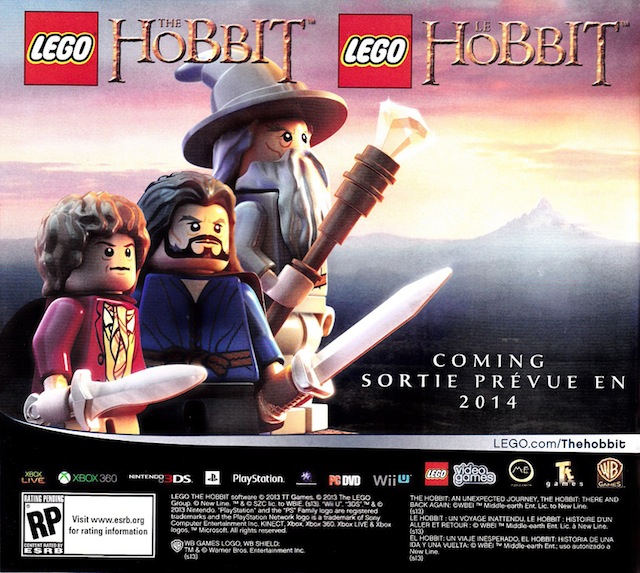 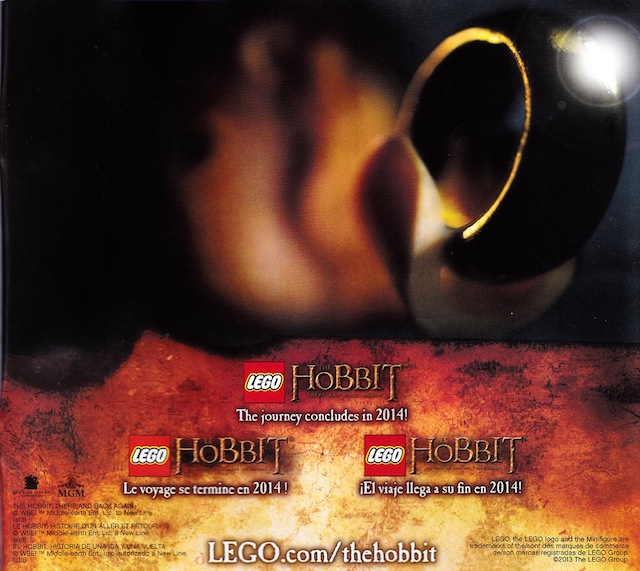