Pokemon X and Y bundles for Nintendo 2DS are reportedly on their way to Europe, according to a listing from Dutch retailer Toys XL and Intertoys.

As spotted online, the 2DS bundle appears to no longer be an exclusive to South Korea. "Looked in the Intertoys folder and it looks like that indeed the Pokemon X/Y 2DS Bundle is there." reads a statement from Twitter user NintenDaan, along with the release of the image below.

The bundle was initially revealed as an exclusive in Korea, featuring a red and white Nintendo 2DS system, a copy of Pokemon X and a blue and black system bundled with Pokemon Y. These bundles will be available in Korea on Dec. 7 for 180,000 won (around $170). We've reached out to Nintendo for a European release date. 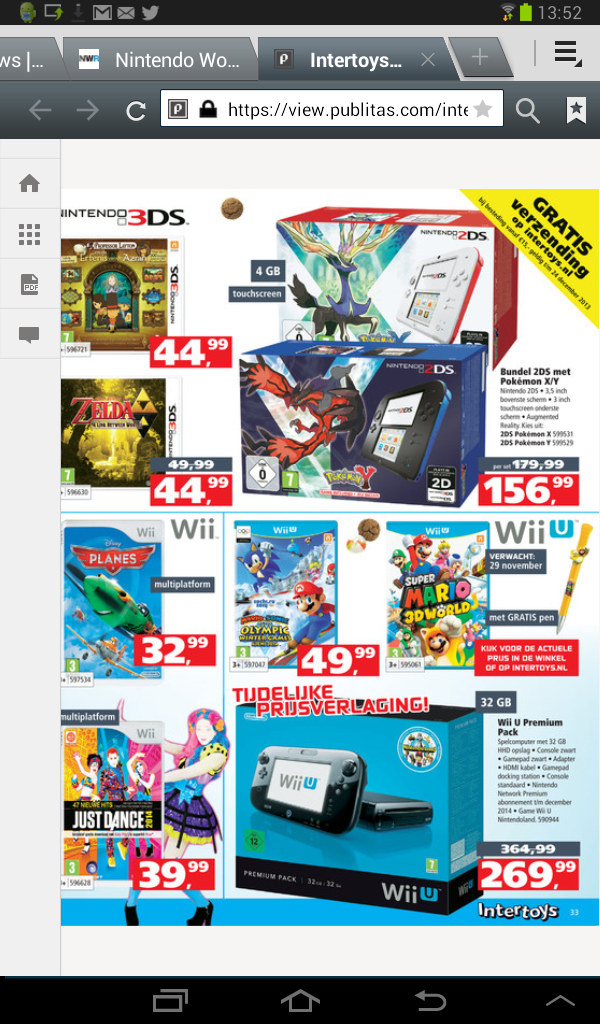