Check out this Super Mario Bros. mural on the side of a school

Share All sharing options for: Check out this Super Mario Bros. mural on the side of a school

One elementary school in China is expressing its adoration for Nintendo's Mario brothers with a colorful mural tribute on the side of the building, as captured by Flickr user "dcmaster."

The photo, which the photographer notes was taken in Shenzhen City, shows a Chinese primary school decked out in its Super Mario Bros. finest. The mural shown below includes both Mario and Luigi — though Luigi here has foregone his trademark green to adopt his brother's clothing colors — as well as a suite of Koopa Troopas, Goombas, Pirahna Plants and some conveniently-placed Fire Flowers. Warp pipes are placed around windows and Mario himself stands in a victory stance near the clock at the top of the building.

"Saw this at the weekend an elementary school in Shenzhen China where I'm currently living," he wrote in a post on NeoGAF. "How cool is that!" 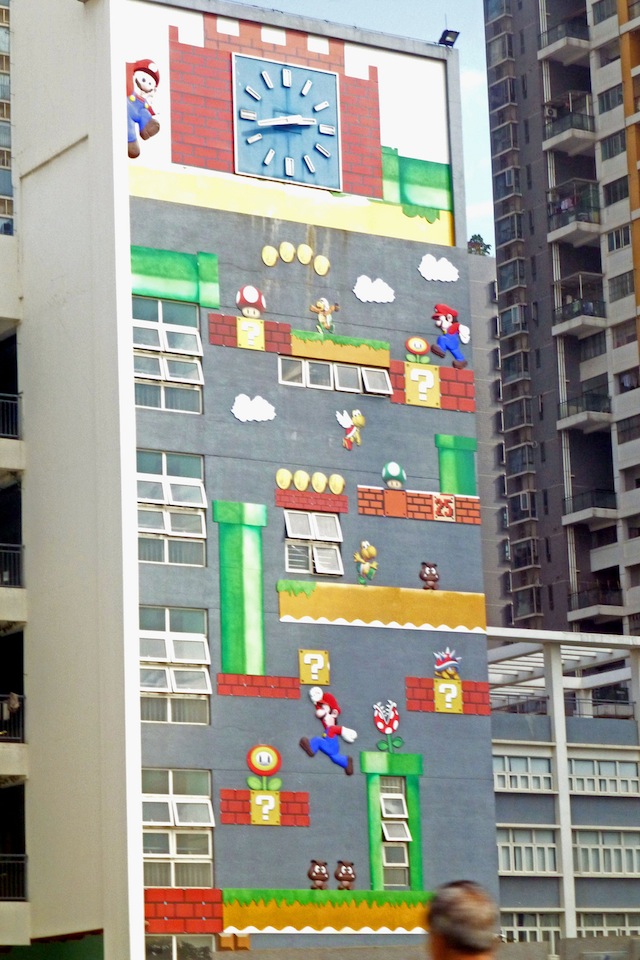