Powerstar Golf wraps all the anxiety and the excitement of a next-generation console into one unassuming golf game.

It brings together a familiar cartoon aesthetic, crazy course design and an engaging layer of social hooks. Even when you're playing completely alone, you'll always be going up against friends' records.

Outside of its smart approach to multiplayer, Powerstar Golf pulled me in with its tight, challenging gameplay. I just had to get past some questionable economics first.

Your first task in Powerstar Golf is choosing a character. There's a motley crew of eccentric weirdos to choose from, but most of that cast is locked away behind later challenges at the start. You'll have to settle for suave astronaut Frank Weaver or sharp scientist Reiko Kobayashi. Your character choice has a small impact on various stats — for example, Reiko has a little more accuracy while Frank has more power — but for the most part this choice just determines which handful of wacky one-liners you'll hear every time you hit the ball.

Reiko, Frank and the rest of the cast are obsessed with something the game calls "adventure golf," which basically amounts to playing golf in ridiculous and dangerous locales. There's the city park with the speeding bullet train in the middle of it or the ancient East Asian castle untouched except by the addition of, you know, golf holes. There's even a damn volcano. These exotic destinations are split into four courses of 18 holes each, providing plenty of variety and challenge — more than enough to keep me interested. 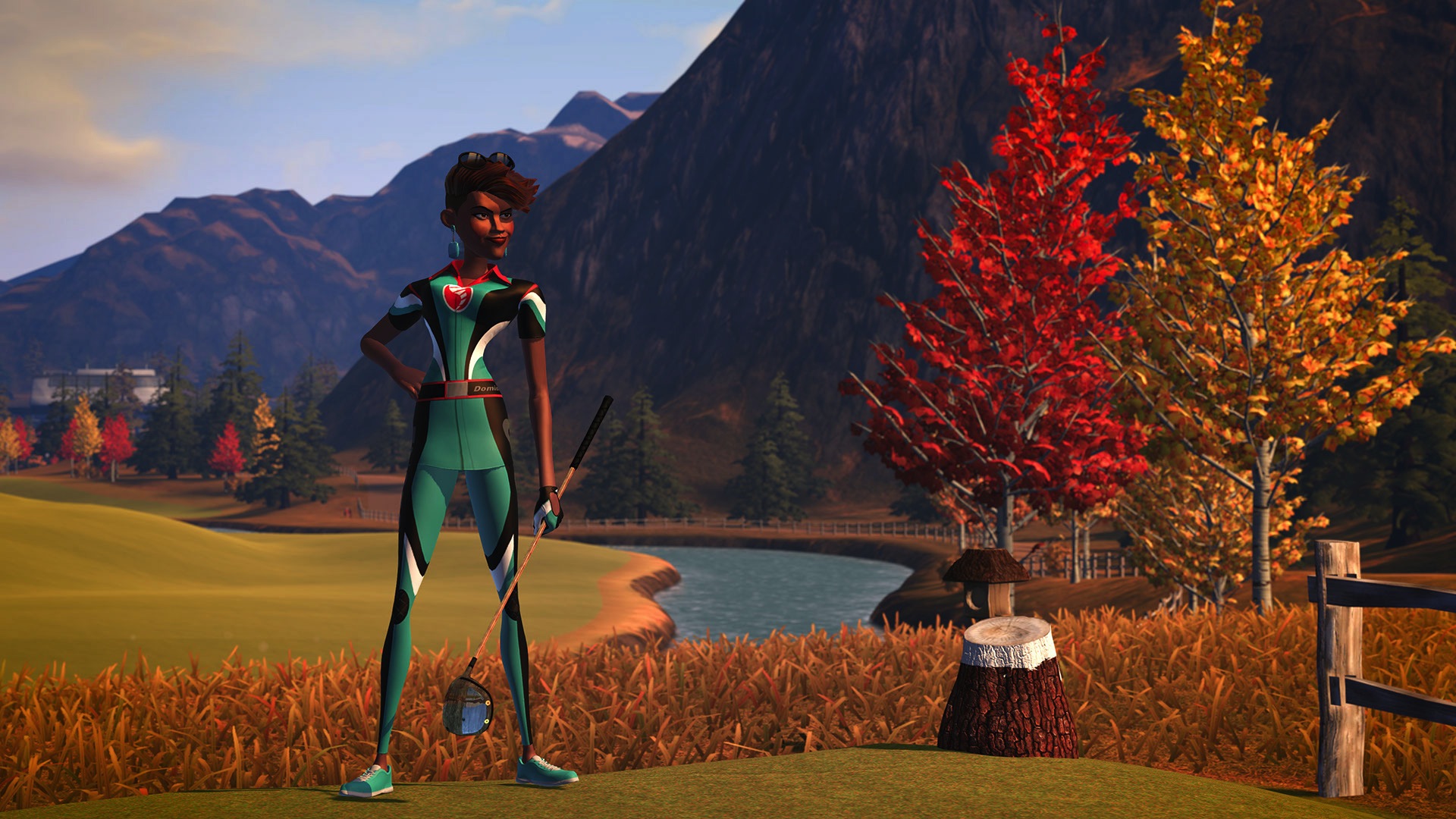 Powerstar Golf pulled me in with its tight, challenging gameplay 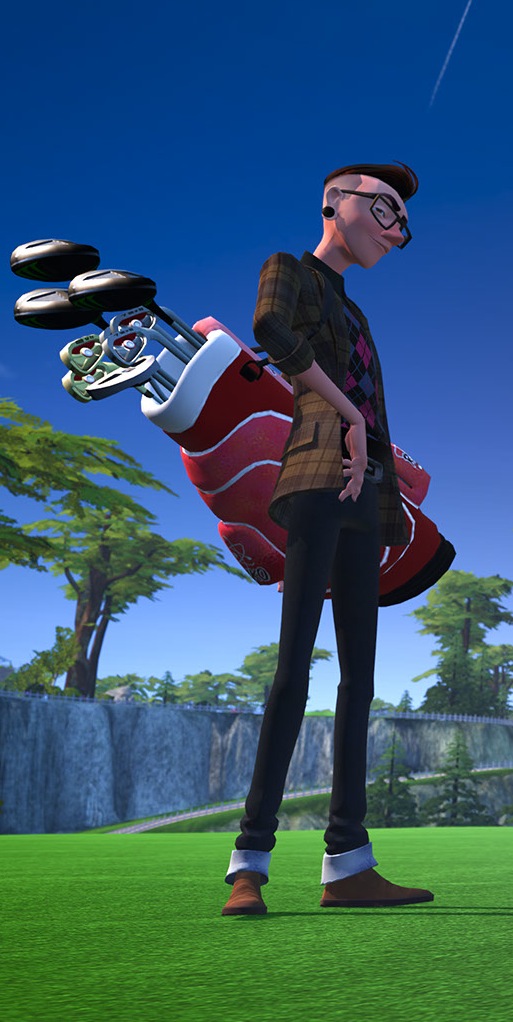 While the colorful settings may fill your head with ideas of crazy mini-golf-style layouts, most of Powerstar Golf's courses play out more like a realistic golf game. You control the direction and power of your hit and even whether you want to put any extra spin on your ball. You have to avoid trees, water and other obstacles and also take wind direction and speed into account when setting up each shot. It may look light-hearted, but it's challenging; I had to do some courses upward of a dozen times before I picked up on the perfect route through, and even now I'm still getting better at a lot of them. And doing well is satisfying enough that I want to keep getting better.

Thankfully, I was able to augment my skills a little bit — in a way that, I guess, makes my earlier point about realism moot. Each character has their own special move, and you can also choose from different caddies with different special abilities. 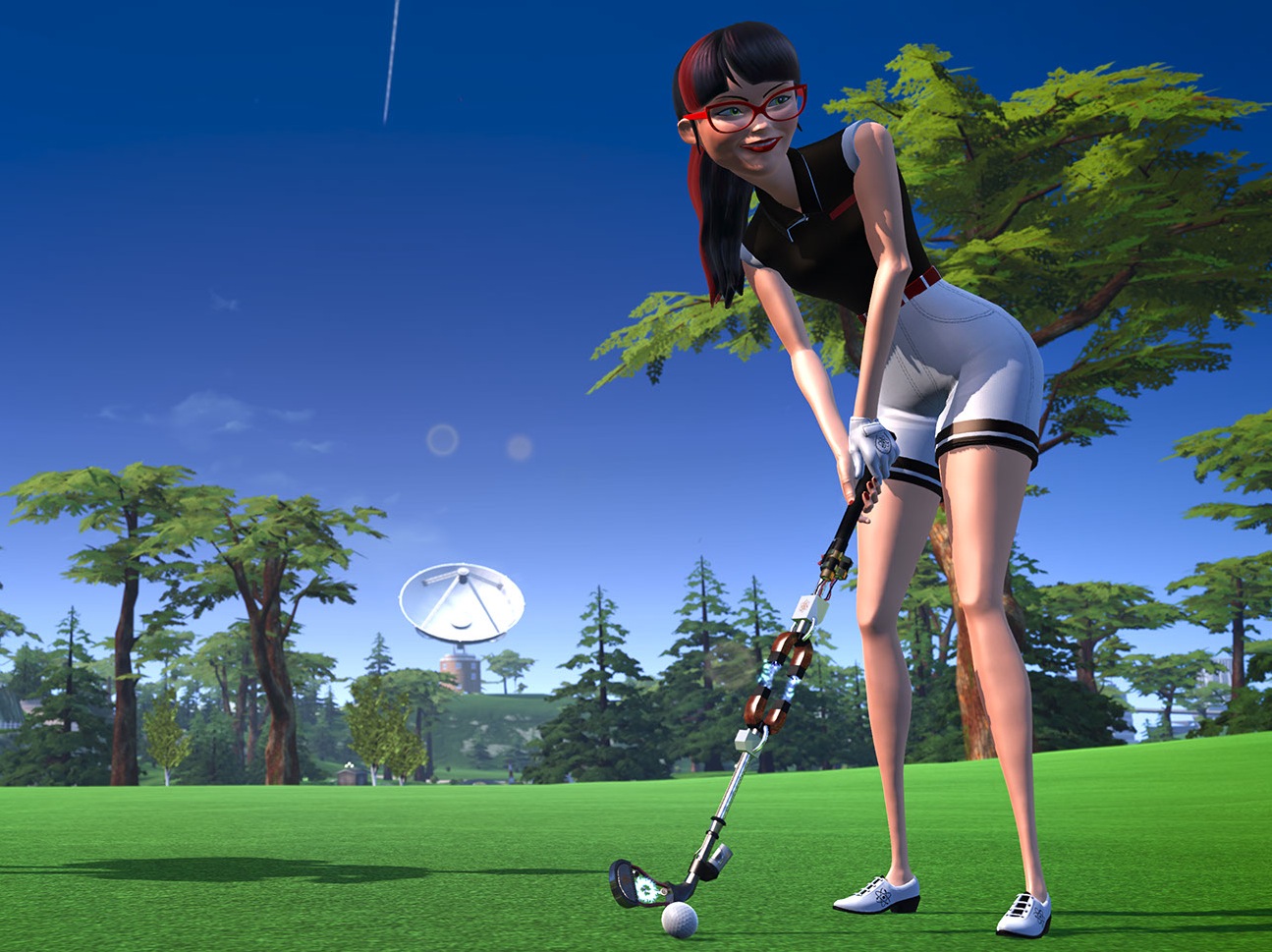 I found a lot of success pairing Frank's rocket launch (which gives added power to his swings) with caddie Astrid's putt prediction, which shows the path a ball will take when putting. These skills are limited use, so I couldn't rely on them overly much, but discerning the right time to use them adds a tiny slice of strategy that made even repeat courses tense and less boring.

In addition to mastering these skills, you'll need better equipment to improve your game. This is where Powerstar Golf steps onto shakier ground. Each event that you complete earns credits that can be used in the game's store, but you're not able to buy specific clubs, balls or caddie perks to build a character to your strengths. Instead, you have to purchase packs of random items in five tiers of power.

You can buy extra credits with real money to supplement those earned in matches, but this isn't the problem — you get more than enough credits from completing events to consistently buy more packs. But the spoils of these packs are random.

Throughout 10 hours of Powerstar Golf so far, I've purchased around half a dozen packs. I'm lucky enough that each of those packs has contained at least one item that was undeniably an upgrade. But there's no guarantee that a new pack will have better items than the ones you've already gained. 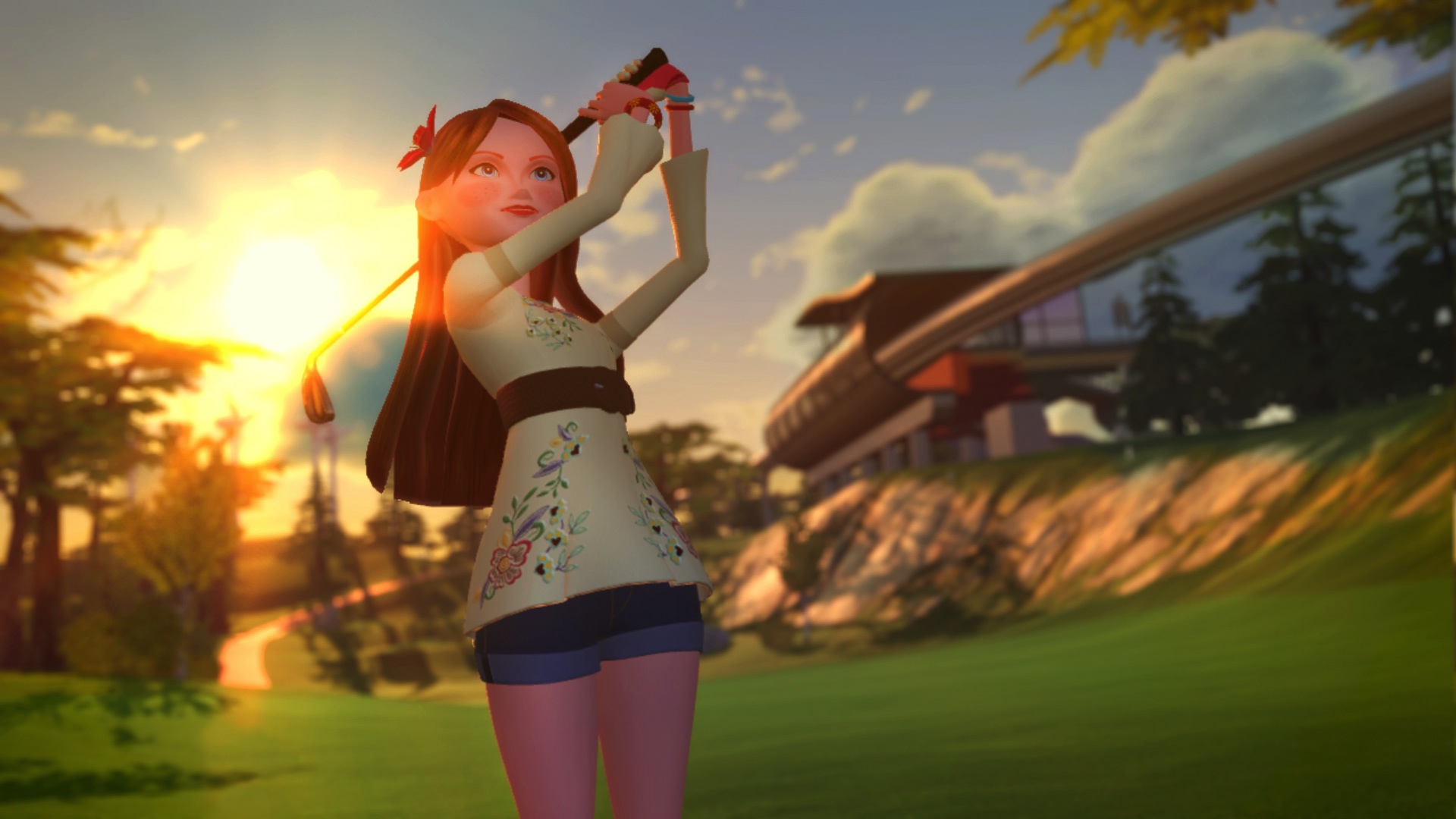 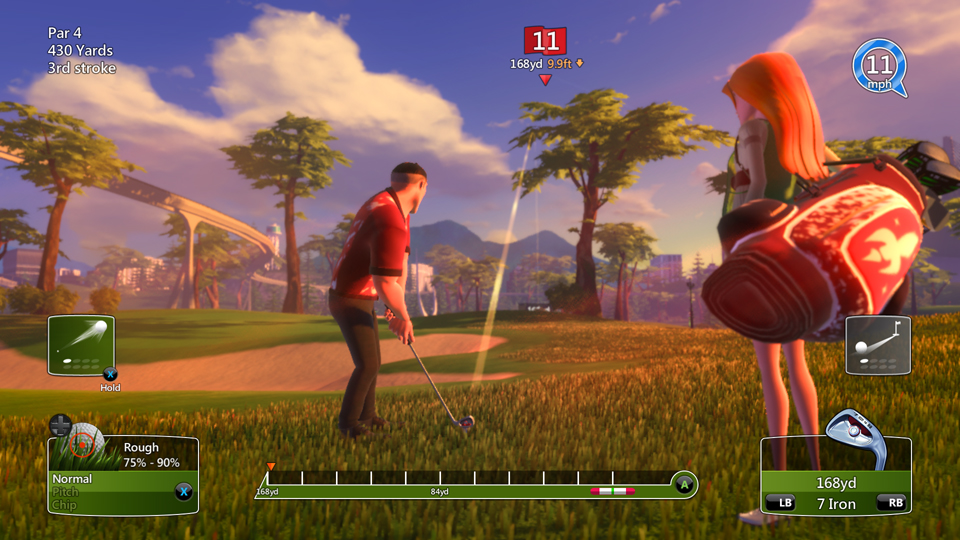 I never felt excitement opening a new pack, and my progression through the game often felt dependent on finding better gear. With a little less luck, I might have had to replay previous events to build up more credits and buy more item packs for more chances at better gear. It's a system that values keeping players hooked on buying packs over keeping players happy.

The game at least provides some new goals to focus on when grinding through completed events. If you're connected to Xbox Live, Powerstar Golf automatically pulls in data from your friends list and sends information from your game out to your friends. Each time you play through an event, you'll see markers at various points on each course representing records from your friend that the game challenges you to break — stuff like longest drive, closest to the hole that you've landed on the green and so on. You can also turn on "ghosts" for some events, allowing you to actually watch your friends' plays, though this takes up enough time that I quickly switched it off.

Outdoing friends granted bonus experience points, but more importantly it provided me with a constant sense of positive reinforcement. I may have completely failed events more often than I'd like, but at least I was failing better than Polygon senior editor Russ Frushtick did. It's a smart, well-implemented system that ensured I was engaged at points where I might have been bored in a less socially connected game.

It's two steps forward, two steps back — simultaneously a look at the promising future of the next generation of consoles and its likely frustrations. Powerstar Golf made me feel like I was competing with my friends without having to actually coordinate with them and get them into a match. It builds the type of seamless social experience that I'm hopeful we'll see a lot more of on this generation of consoles. But it also builds in an economic model that favors microtransactions over guaranteed, consistent progression.

About Polygon's Reviews
7 xbox one