Sony on the PS3's lifespan, first-party games and PlayStation Plus support

Share All sharing options for: Sony on the PS3's lifespan, first-party games and PlayStation Plus support

This Black Friday, and likely through the holiday season, the PlayStation 3 will be bundled, discounted and generally made available to consumers in the most attractive package its ever been.

Fortunately for the console's late adopters, Sony has no intention of ignoring its previous-generation home console. Speaking to Polygon, Sony VP of product marketing John Koller explained that the PlayStation 3 will be supported for years to come, both in terms of first-party releases and network maintenance.

Sony showed its skill at prolonging the lifespan of last-gen hardware with the PlayStation 2, a console which received a number of terrific games and price cuts years after the arrival of its successor. It's unsurprising that, as the company looks to the future of the PS3, it's turning to its immediate past.

"The PS3 support plan is very similar to what we did with PlayStation 2, in that we think that consoles have long lives, and as long as content keeps coming to the system, then we'll continue to support it," Koller said. "It's the fuel in the engine. And there's a good bit of content that's coming to the PS3 still."

"And there's a good bit of content that's coming to the PS3 still."

That content will consist mostly of third-party releases, which tend to have fairly long residencies on last-gen hardware. Again, the PlayStation 2 was kept afloat by third-party publishers well into its tenth year on the market. Some multiplatform series had abnormally long runs on the console — case in point, Madden 12 made its way to PlayStation 2 some five years after the launch of the PlayStation 3. There are also a ton of indie titles still to arrive on the PS3 digital storefront, like Fez, Hohokum and Helldivers.

There are some first-party titles coming to the PS3, though outside of Gran Turismo 6, which launches next month on the console, Koller wouldn't share any plans on that front. However many first-party titles may be coming, it stands to reason that the number of in-development titles for PS3 is smaller than Worldwide Studios' current PS4 projects.

"[Worldwide Studios], our first-party mandate, is to support all of our platforms, but they're particularly focusing heavily on PlayStation 4 right now," Koller said. "So they're going to continue to support PlayStation 3, but you'll see a majority of the titles launching for PlayStation 4. We've obviously talked about some of the titles to come, and when you're looking at PlayStation 4 side, titles like The Order and Uncharted, those are obviously big investments to be made." 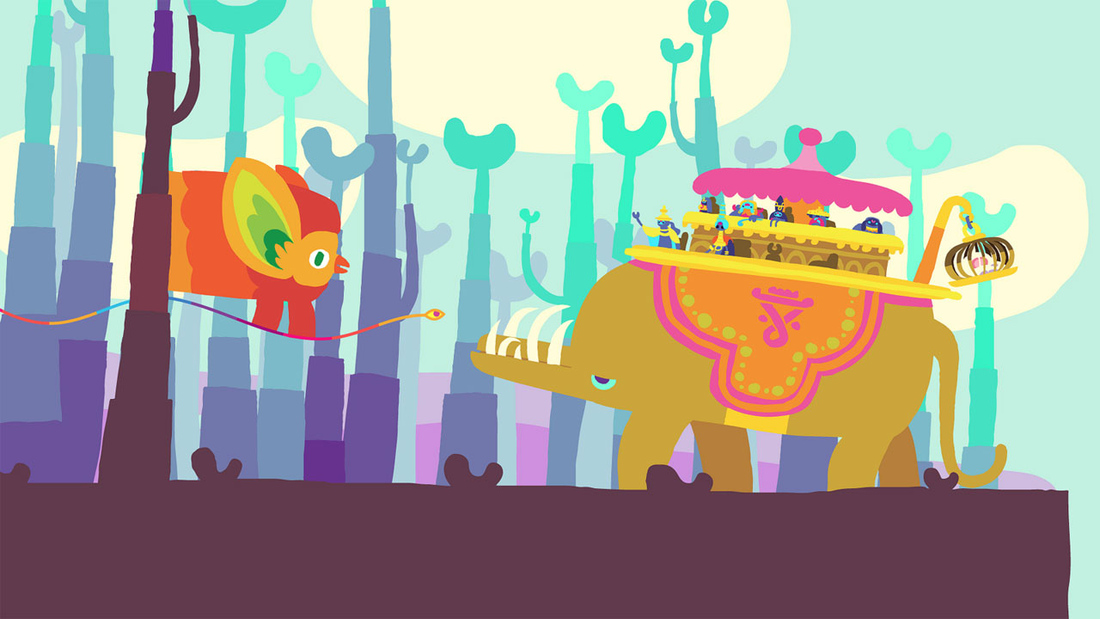 There's a lot of opportunity for the PS3's market penetration to grow; its catalog is robust at this point in its lifecycle, and its price is diminishing. It makes sense for Sony to prolong the console's life with new games as it expands to new markets; but how does Sony allocate resources to that goal while expanding the fledgling library of the recently launched PlayStation 4?

"It sounds like a tagline, but we really mean this: The strategy is always, 'We stand for gamers.' When we look at opportunities that are in the market, we say, 'What type of gamer would appreciate this particular idea,' and when you look at the segments that are coming in the market — which is really important when you look at consoles — there's obviously a later adopter coming into the market for PS3, who we think would enjoy a certain type of game.

"PlayStation 4 consumers are more early adopters, more innovators here in this first six to 12 months, and we think they enjoy a different type of experience. How you balance those ends up defining how successful you are with your launch plans, and I think we've done a good job with that."

The strategy is always, 'We stand for gamers.'

That latter group has probably already experienced everything the PlayStation 3 has to offer. It's not where Sony's looking when it comes to the PS3's expansion — instead, they're thinking globally and demographically. The company's eyeing regions that the PS3 hasn't been widely adopted in quite yet. It's reminiscent of Sony's strategy for selling the PS2 in Latin America after the launch of the PlayStation 3; though that particular region's gaming population is far savvier this time around.

"I think, particularly the Latin American market has caught up a little bit more with the U.S. and Canadian market in recent years than when the PS2 and PS3 transition occurred, when they were still developing a gaming market there," Koller said. "The Latin American market is pretty developed now. I think the PlayStation 3 does have a lot of opportunity there. We also talk a lot about the opportunities in Europe, there's a lot of opportunities still in Asia, and there's opportunities here in the U.S. and Canada, too."

There are other demographics that Sony hopes to sell the PlayStation 3 to, as well — ones that fall somewhere between the traditional categories of "casual" and "hardcore" gamers.

"If you look at the segment, there's certainly a lot of casual gamers in the market, but there's also the consumer that's maybe fallen away from gaming and come back," Koller said. "We kind of call them the 'midnight dads,' but it's someone that has had maybe marriage, or family, or kids and work that got in the way of a big gaming habit of theirs in their young 20s, and as they're a bit older, they still really enjoy those experiences but haven't had the time. It's someone who has a little less time to play but still really enjoys those blockbuster games." 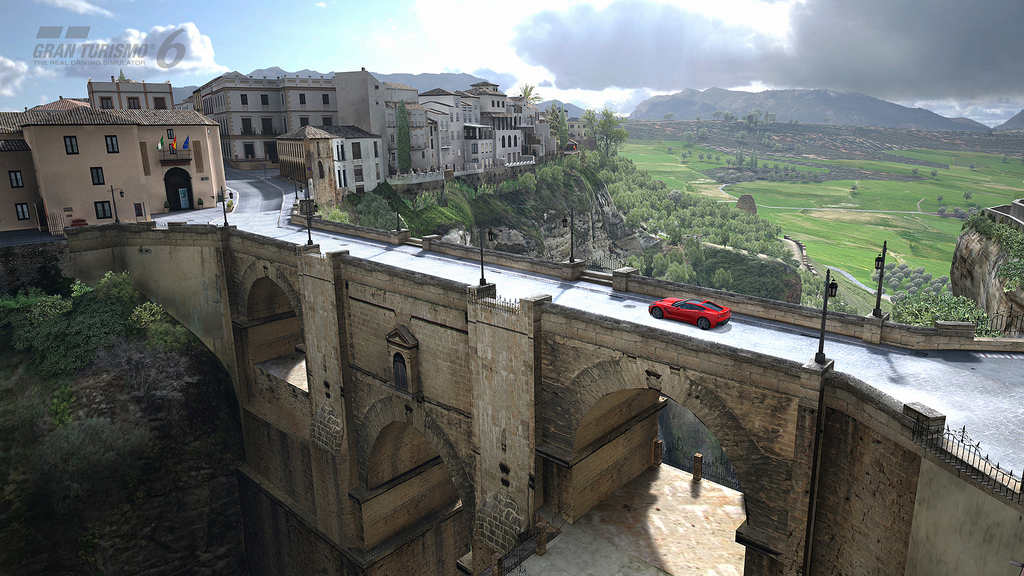 Sony saw those kinds of lapsed gamers return in huge numbers when it released a PlayStation 3 bundle with Grand Theft Auto 5. That consumer is someone who doesn't have much gaming time on their hands, and have let themselves fall out of the hobby somewhat — but they'll still jump at the chance to take part in "tentpole" experiences like Grand Theft Auto.

Bundles like the Grand Theft Auto 5 package, or the Black Friday bundle which includes The Last of Us and Batman: Arkham Origins with a $199 price tag, will continue to occupy store shelves. And the PlayStation 3's production operation won't shut down any time soon — though it remains to be seen whether it will possess the longevity of the PS2's production line, which only halted this past winter.

Late adopters also won't need to worry about seeing PlayStation Network support come to a halt on the PS3, either, according to Koller.

"If we're seeing continued long play patterns, obviously the Network becomes extremely relevant, and very, very viable for many years. So yeah, I think that's something that's going to be long running. We showed it even way back on PlayStation 2, with some of our early games like SOCOM, we kept those servers alive for many years. Similarly, I think we'd do the same thing here. The Network is part of our strategy for PS3, part and parcel with the success that I think we'll have on that platform going forward."

"There's a road map that we have going forward."

That doesn't just carry over to online communications, either. Koller said that the PlayStation Plus promotions — through which Sony has distributed dozens of free games across its platforms — will continue to have new additions on PS3 for some time.

"Instant Game Collection has been fantastic, and I think it really brings people into the Network world without a second thought. They say, 'You know what, I'm getting all these games, plus the opportunity to be part of a broader gaming community.' It particularly affects those people that have fallen away from gaming and come back — that 'midnight dad' — it's such a great opportunity for that type of consumer, and I think that's why we've seen those types of people gravitate towards the Plus offering over the past year or two."

So, if you're planning on buying your first PS3 this holiday season, or gifting one for a relative or acquaintance, you shouldn't worry too much about Sony leaving you out in the cold. According to Koller, Sony has plans for its older console for years to come.

"There's a road map that we have going forward," Koller said. "It's about the promise of what's to come when you buy that platform. We wouldn't continue selling hardware if we couldn't answer that promise that there's continued, great hardware experiences for that consumer to come after their purchase."