Share All sharing options for: Microsoft's Kinect and a bath used to create an interactive game surface

Using the Microsoft Kinect, the Koike Laboratory at the University of Electro-Communications, Tokyo, has developed the AquaTop Display, an interactive water surface which can be used to play games.

The AquaTop Display projects images on a white water surface while the Kinect detects the user's movements, allowing them to interact with the media from both above and below the water surface. A demonstration of the set-up in action can be viewed on the BBC website.

"The unique charactistic of water is that it allows for both interaction underneath and above the surface," its description reads. "By allowing the user to 'immerse' themselves in the water, it is possible to let the users become one with the virtual world realised in the display."

The inspiration for the AquaTop Display came from commercialized bath salts that cloud the water, according to the official website. The OSX-operated system can be recreated at home with a projector, 3D sensor (such as the Microsoft Kinect) and bath soaps found in retailers. 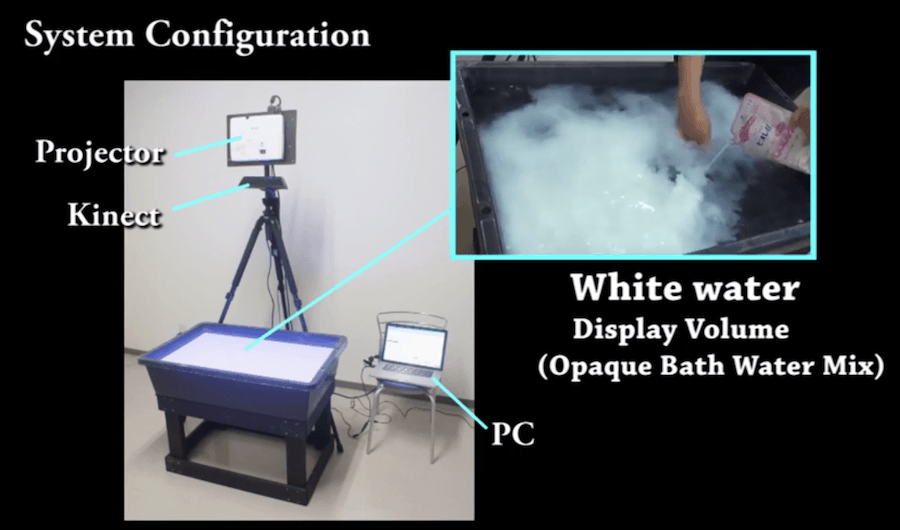 Seasons are evolving in Diablo 4 into something bigger