Every game console generation has experienced its own glut of peripherals, from oddities like the Sega Activator and NES R.O.B., to time-sensitive tools like Guitar Hero controllers.

It might be because of the unnaturally long duration of the Xbox 360, PlayStation 3 and Wii's reign, but it seemed like this generation brought more aftermarket devices from first parties than the consoles that preceded them.

This generation has indeed seen its fair share of successes, but they've been largely outnumbered by abject failures; devices that weren't picked up by the gaming population at large or the development community whose support they required. Peripherals can pay off in a big, big way when they're successful, considering the huge margins that physical electronics often carry — but they're a double-edged sword, as failures can sink not only a company's fiscal outlooks, but the company themselves.

"The profit margins on those sorts of products are pretty much ridiculous," Ward said. "They can be a much more significant contributor to the profit picture of a platform than you might think, just looking at the number of replacement controllers sold — the hardware costs of that are much lower than what they retail for."

"The profit margins on those sorts of products are pretty much ridiculous."

A survey conducted by IDC found that the top-selling aftermarket peripherals tended to be the "safe bets" that every console manufacturer (and nearly all third-party accessory company) has in their repertoire. You can probably guess the most popular: In first, by an enormous margin, was replacement or additional controllers. In second, rechargeable battery packs and other charging solutions. Then chat-ready headsets, followed by external memory devices.

Some of those have a long history of being lucrative for the companies that released them — who among us hasn't bought a single extra controller for our current-gen consoles? But this generation brought about a paradigm shift unlike which a console generation never undergone: The rise of the Nintendo Wii, and its new breed of casual gamer.

According to EEDAR vice president and analyst Jesse Divnich, the arrival of that new class of gamers was important enough to throw both Sony and Microsoft for a loop.

"The reason why they do it is because they're trying to expand upon an experience, right," Divnich said. "Traditionally, video games were viewed as something where you sit down on a couch, high mental engagement, low physical engagement, and they're trying to transition that. A lot of it came out of the success of the Nintendo Wii console, which was, of course, incredibly disruptive to the market, and it really helped merge this market of gamers and non-gamers into one gaming universe. I think Sony and Microsoft were looking at ways to tap into that market and innovate in their own ways, and make games accessible to all demographics and all play styles."

That zeitgeist came early in the Xbox 360 and PS3's lifecycle — soon enough that neither Microsoft nor Sony were able to refresh their core hardware. A peripheral expansion, Divnich explained, was their best option.

"That's one popular way to broaden your demographic and reach, or even just to innovate midway through a hardware cycle, is to introduce peripherals," Divnich said. "Obviously you can't make significant changes to the core console itself, because everything has to be kind of backwards compatible within the generation."

By all accounts, it's been a successful strategy for Microsoft and Sony. In February, Microsoft reported over 24 million Kinects had been sold worldwide, either standalone or bundled with consoles. Last November, Sony reported that 15 million PlayStation Moves had shipped to stores. A majority of those who own the two motion devices are satisfied with their purchase, according to an IDC survey conducted in September. The Move has, in general, been less successful than Microsoft's counterpart, according to Ward, but it could end up being a long-term investment for Sony.

"I don't know specifically whether Move and all the marketing money that went into it ended up costing Sony at the end of the day, but I think they felt that they had to, like Microsoft, respond to the wild success to the Wiimote idea of motion gaming, and that was their response," Ward said. "And obviously, they're sticking with it on PS4, so they may view this as a long-term proposition of how to make console interfaces ... more of a human interaction, a more natural user interface."

Winning over that crowd is a tricky process with tons of associated expenditures in research, development and marketing. Keeping that crowd around might be even trickier, though, according to Divnich.

"One thing we have to keep in mind is when you're trying to target what we call 'non-hobbyists,' people who don't consider games, as a primary experience, as a hobby — these consumers are finicky," Divnich said. "They tend to enter and exit your ecosystem rather quickly, often with no rationality. This is almost true with any entertainment vertical where you have a large group of non-hobbyists; it almost operates in fads. People use that term 'fad' with negative connotations, it's not bad. You can be extremely successful bringing these groups of people in, but it's very hard to retain those types of consumers, because again, they're not loyal to you, they're not hobbyists." 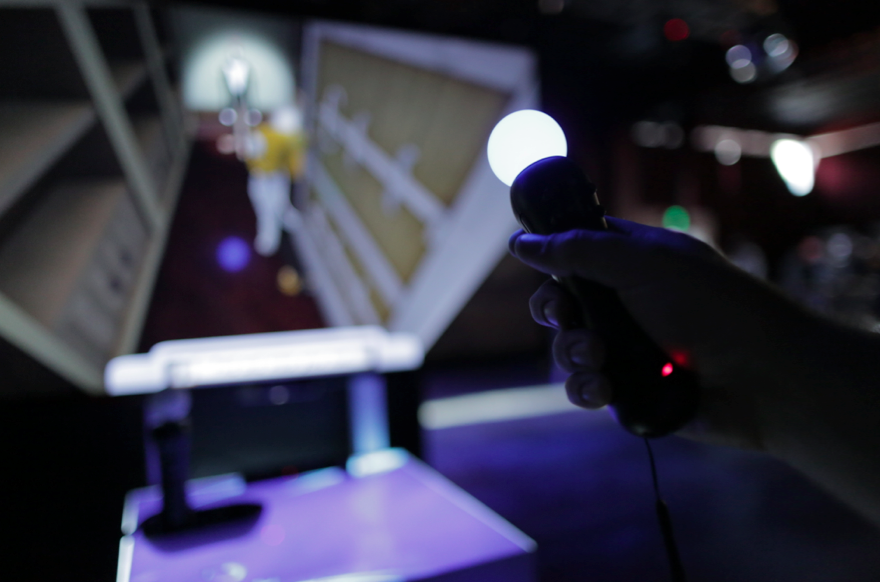 One example of the transient nature of the crowd, Divnich said, is Zynga. The developer managed to build an enormous company of an expansive player base — but that player base doesn't necessarily consider playing Facebook games a "hobby."

"Those are the types of consumers that get their fill really quickly, and then exit," Divnich said. "They're not loyalists. They're not waiting for FarmVille 2."

Both the Move and Kinect have also been successful in terms of developer adoption — between first and third-party studios, both have well over 100 games they're compatible with. But they're the exception, not the rule; accessories like the Xbox Live Vision camera wasn't supported by even half that number.

Products that don't catch on only serve to educate the companies that launch them, Divnich said, paving the way for the successes that follow.

...people don't like to hear in business that sometimes you have to fail in order to succeed.

"In the case of the Kinect, obviously it's been an incredibly profitable venture, and whatever experimentation they did in the market prior to that, if that led them to creating the Kinect, then they did the appropriate thing," Divnich said. "It's kind of a tough subject; people don't like to hear in business that sometimes you have to fail in order to succeed. But when you're dealing with consumers, and entertainment technology that evolves so rapidly, you almost have to have departments in your company that are constantly throwing — I wouldn't say spaghetti against the wall, but continually testing the markets to create disruptive technologies."

It makes sense for companies to experiment with those kinds of stepping stones, but that's kind of a tough pill to swallow for the folks who purchased the first draft. That might just be the unavoidable nature of early adoption, says Divnich.

"I think with the Vision cam, and other technologies out there that haven't succeeded, those weren't really widely marketed," Divnich said. "I think consumers who bought that knew — you're always going to have a large segment of consumers that are technology enthusiasts that want to buy the latest and greatest piece of technology. Consumers that get behind technology before it becomes popular; they're sort of like hipsters in a certain regard, I guess. They don't mind that. Where you don't want to make that mistake is making a big global launch of a product, then have it fail in the market, because that does to a disservice to consumers.

"In the case of looking at the Vision cam and the Kinect, Microsoft put a heck of a lot more money behind the marketing of the Kinect than they ever did with the cam, and that was the appropriate product." 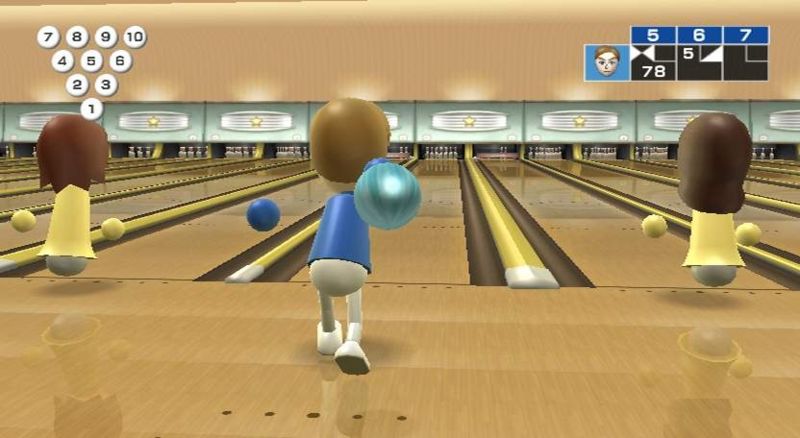 In a little over two weeks, the PlayStation 4 will launch, followed by the Xbox One a week later. For the most part, their respective builds will be final, cemented for what may amount to be another long haul. What are the odds that we'll see another sea change like the one the Wii brought with it? How familiar is Sony, Microsoft and Nintendo with their potential audience for the next decade?

"There's clearly a lot of ongoing thinking of how this technology is going to be useful over the next ten years, but I don't envision either of them backing out on it, for better or worse," Ward said. "I think they're committed to producing an interface that is more natural, and helps pull in some of the former or current Nintendo audience to play this very same kind of casual, family, party oriented games, and hit that casual sweet spot."

Both Wade and Divnich agreed that the one big trend that could shape the next generation — and arguably already is — is second screen gaming. How any of the parties will capitalize on that trend remains to be seen; though Ward thinks Nintendo has already built itself one potential avenue for expansion.

"...I don't envision either of them backing out on it, for better or worse."

"We could see Wii U coming out with, in a couple years, games that require two GamePads. So we could see a major uptick in sales of that — if you want to call it a peripheral or accessory. Once games get out there where you have a team-based competition where you both need a touchscreen in real time; right now, they're kind of holding that back, but that's one thing that could be coming."

Regardless of what ends up being the notoriously difficult to predict "Next Big Thing," the rocky pattern of peripheral innovation is likely to stay the same.

"The best path to success is failure," Divnich said. "That's not a universal rule, but when it comes to technology, and when you're trying to merge technology with entertainment ... you do have to continue to innovate. Not everything's going to work, but if you don't try, you're never going to succeed. Out of that trying, you're going to obviously be faced with some failures in the marketplace, but you just hope that your wins outpace your losses, and in a lot of cases they do."