Mario and Sonic at the Sochi 2014 Olympic Winter Games is too superficial to win gold.

Mario and Sonic at the Sochi 2014 Olympic Winter Games is an absurd bit of Olympic fandom.

As in previous Mario and Sonic titles, it's a collection of beefed-up mini games representing Olympic events, starring the characters from the Mario and Sonic franchises. Sochi 2014 capably apes the competitive spirit of the Olympics, in a pleasantly cartoonish fashion. But it lacks the depth to keep that spirit alive for very long, despite the more imaginative "dream" events.

Sochi 2014 has players tackling individual Olympic events however they'd like. You can play single competitions, "medleys" of related events, or the more structured Legends Showdown mode. Legends Showdown had me playing each event in succession, with prescribed teams of characters. Action and Answer Tour is a pure party mode, combining short game segments with quiz questions. Across the modes, the sports themselves are the same — popular competitions like skiing, snowboarding, ice skating, and the like. They're structured and scored much like the real-life versions of their respective sports, though simplified to fit the nature of the game.

Curling, for example, comes with an option to "optimize" your strategy on the Wii U gamepad, then throw with a flick of the Wii remote. Hockey takes place across two shortened periods. The complexities of figure skating are pared down to a series of simple motion commands. This makes it easy to jump in, and encourages new players — of any skill level — to get their feet wet. 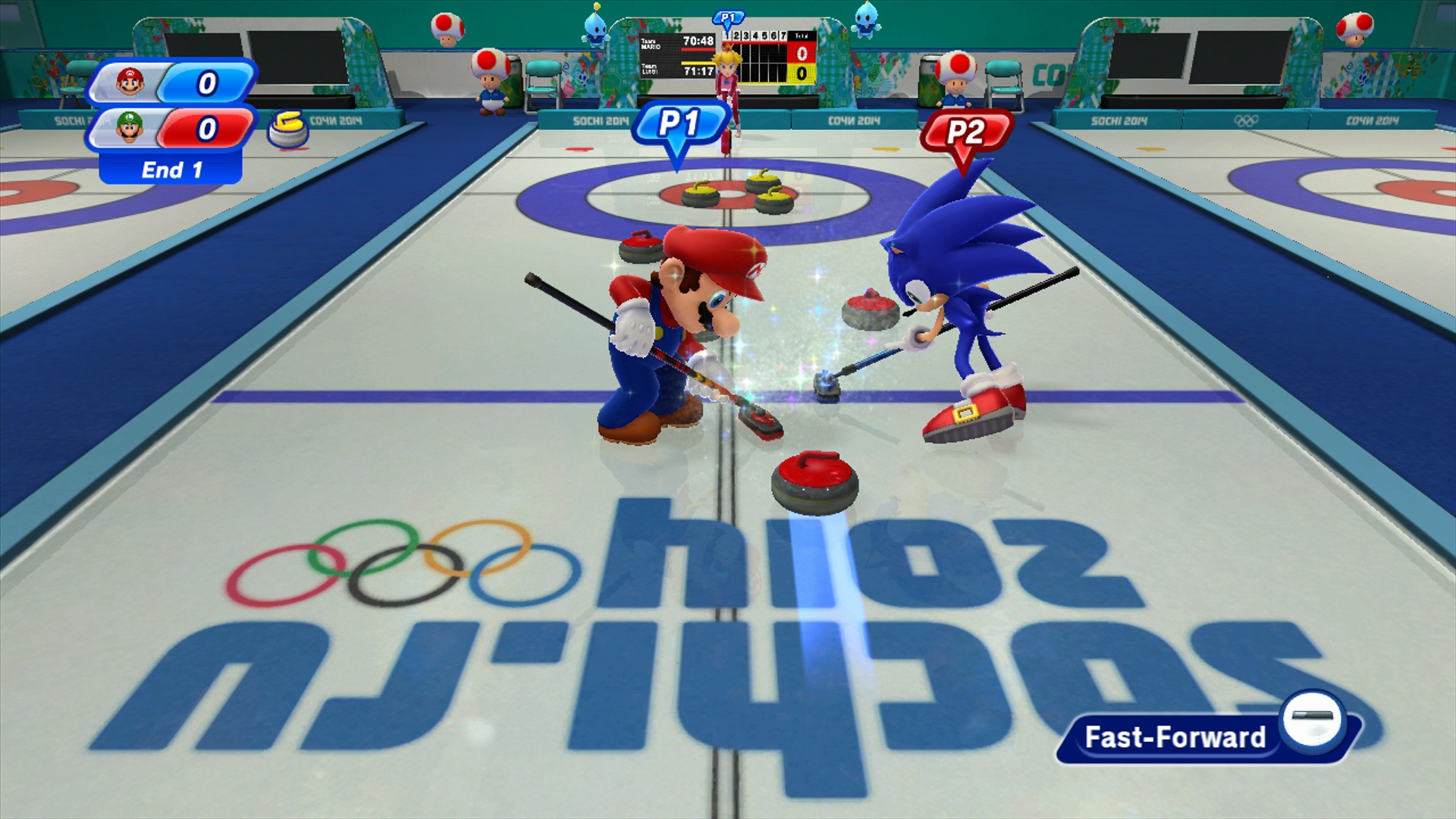 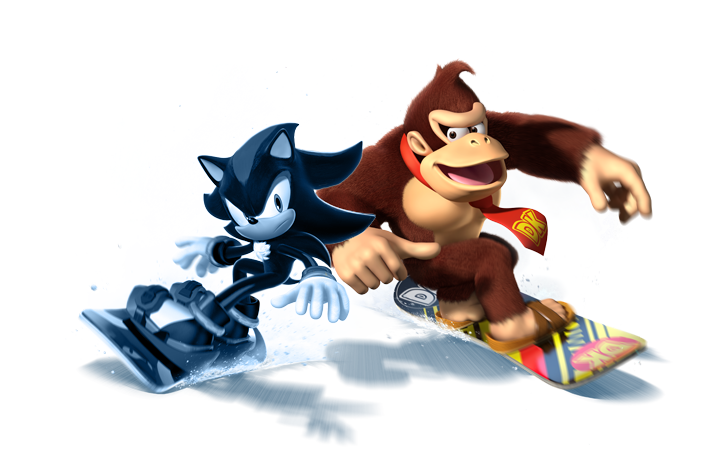 The Mario and Sonic series has always been multiplayer oriented, and Sochi 2014 continues the tradition. There isn't much here for single players — aside from the practice afforded by Legends Showdown. 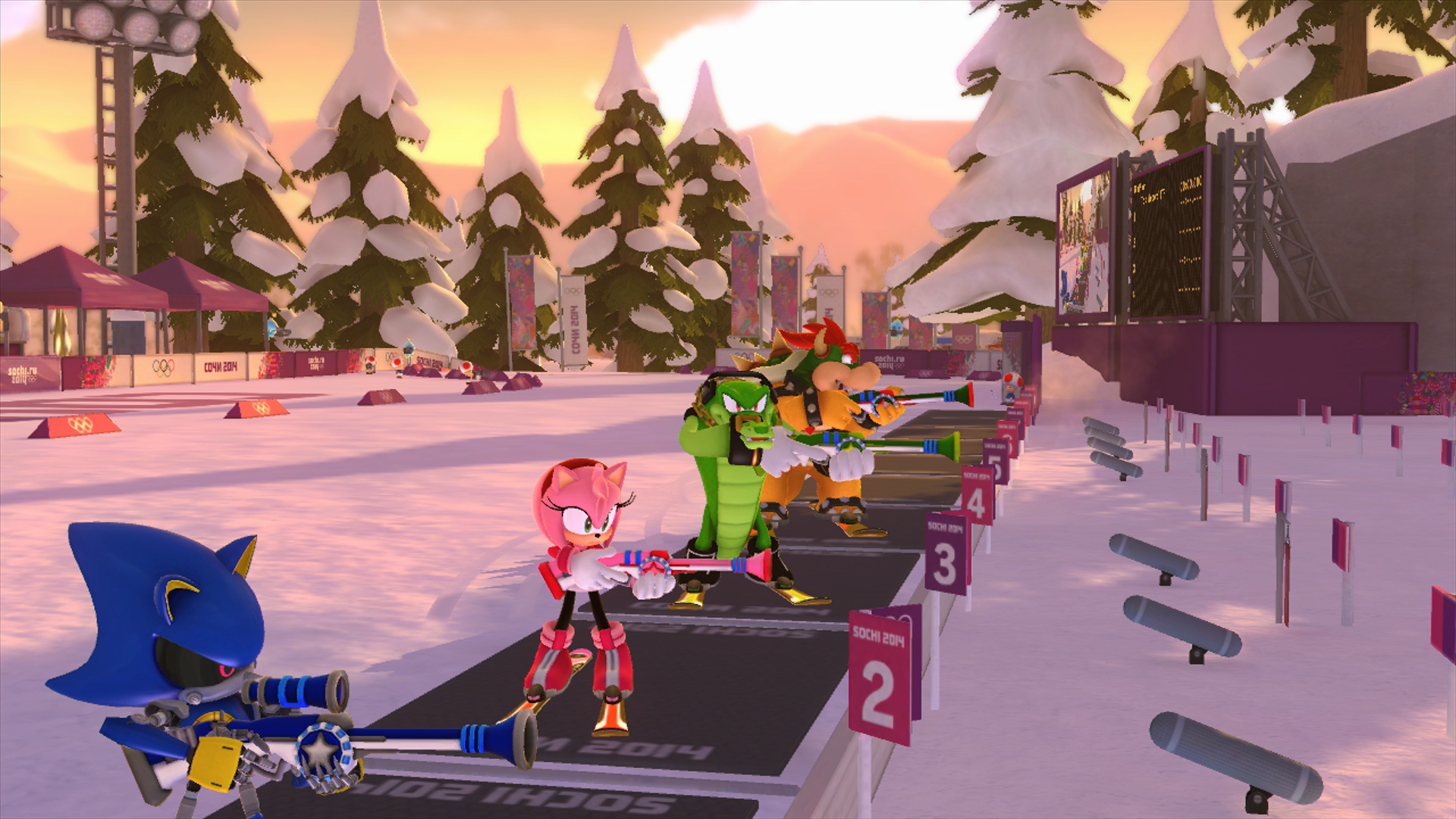 In service of this, Sochi 2014 provides plenty of ways to play with others. Multiplayer is smooth and easy to plug in to, provided you have enough Wii Motion Plus controllers to support your party. And online play supports a fun meta-game — all of the medals you earn for your country count towards a little friendly international competition. It's a well-executed idea that fits the theme, and even motivated me to practice a few events so I'd move up in the rankings. 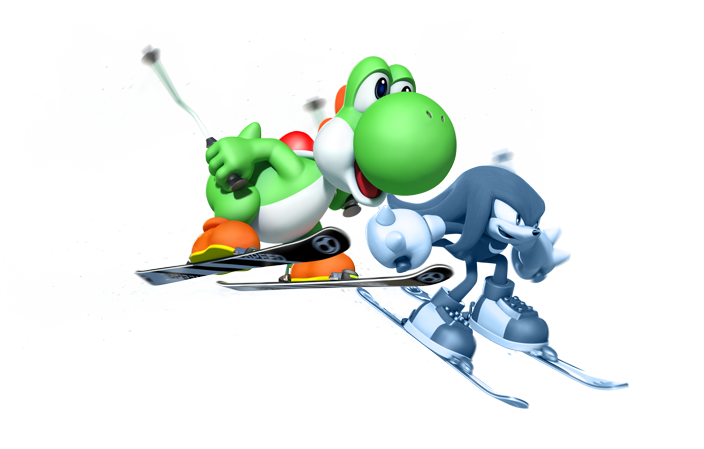 On top of the traditional Olympic events, there are several "dream" events — out-there competitions set in Mario and Sonic's respective universes. These are the highlight of the game, offering imaginative twists on the simple mechanics found elsewhere in Sochi 2014. The best of these — including Groove Pipe Snowboard, Bullet Bill Sledge Race and Roller Coaster Bobsleigh — borrow heavily from Mario Kart and Sonic All Stars Racing, with wild, twisting courses, speed strips and cartoon obstacles. Another, Snow Day Street Hockey, is an obstacle-laden take on hockey that's much more fun than the vanilla version in the main events section.

The most surreal experience in a game full of bizarre sights — such as Bowser pirouetting to classical music — was playing a game of hockey against a team of rainbow-hued Birdo characters in the context of a modern Olympic competition in Russia. This event is intentionally staged — as part of Legends Showdown mode, so it piqued my curiosity. The real-life 2014 Sochi Olympics have been contested, given Russia's new anti-gay laws — which severely limit freedom of expression for LGBT people and have essentially outlawed public displays of non-heterosexual orientation. Playing against a team of rainbow — possibly transgender (Birdo was labeled as such on their first appearance in Super Mario Bros. 2) — characters felt wildly subversive in a game that otherwise appears so apolitical.

Dream events were colorful and imaginative enough to keep me playing past a few repeat visits. 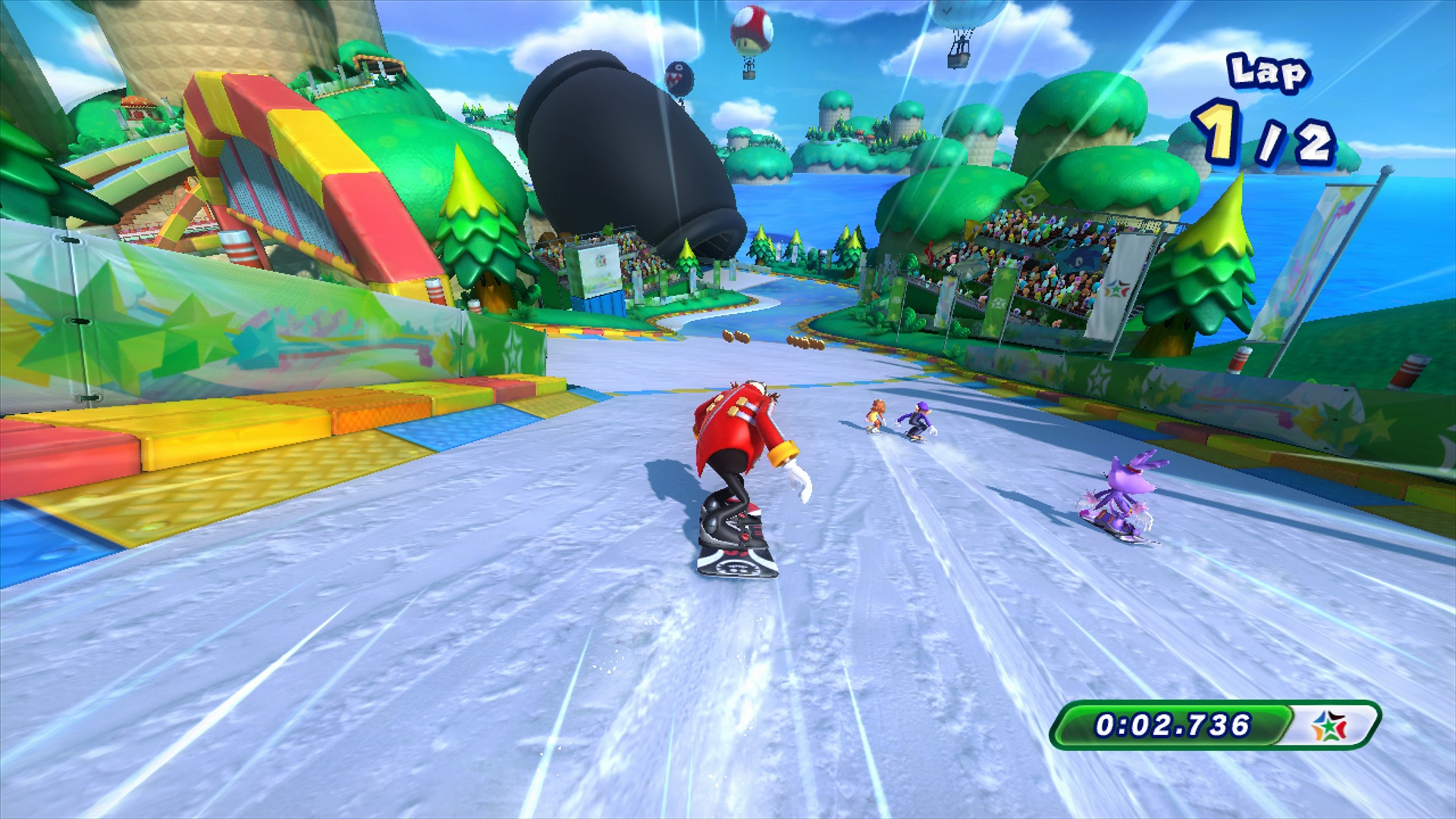 While the dream sports can be gimmicky, I always preferred them to the Olympic-approved events. They were colorful and imaginative enough to keep me playing past a few repeat visits. I enjoyed racing with friends and getting competitive over the curling/minigolf hybrid event in particular, though I wished there were more tracks and courses.

The standard-issue Olympic events don’t hold the same appeal. The bare bones simplicity of the figure skating events wore thin almost immediately, as did the Ski jump and speed skating competitions. And while some events held up better — hockey, curling and the downhill skiing, for example, none had enough depth to keep me interested for very long.

While its dream events are colorful and fun, Sochi 2014 suffers from an overall lack of depth. Sochi 2014 boasts plenty of variety, and the game was great for multiplayer matches with a mixed group, where that simplicity was a boon. But the novelty of figure skating as Donkey Kong wears thin quickly — and Sochi 2014 is simply too lightweight to be a contender.

Mario and Sonic at the Sochi 2014 Olympic Winter Games was reviewed using a downloadable Wii U retail copy provided by Nintendo. You can read more about Polygon's ethics policy here.