Share All sharing options for: FIFA 14 on next-gen represents the biggest technology jump ever, says producer

"If you buy FIFA every year, there's never been a leap, even in the last 10-year period, as what you'll see from last year to this year on the new consoles." says Santiago Jaramillo, FIFA 14's producer."

He's answering my question about what FIFA 14 does on a next-gen console that it didn't do on a last-gen console. It's a facetious question, because, obviously, new consoles mean broader technological canvases on which to paint. But it's also a serious question because FIFA always plays like FIFA so how big a deal are these bells and whistles?

What he's saying isn't merely that this one year jump is the biggest in the franchise's history, but that this jump is bigger than all the previous ones put together.

"I guarantee that if you play FIFA 06 and then FIFA 13, OK, it's better. But that difference, that gap, doesn't even compare to the gap between even 14 on the current generation and 14 on the next generation."

Take the crowd. Down the years, they have progressed from being vaguely depicted as a slightly shifting mass of color to a collection of cardboard cut-outs that all look like one another and have precisely two modes of being; cheering and not cheering. That is changing.

"When you start playing the game, you'll notice that the crowd is 3D," says Jaramillo. "The crowd doesn't look like those 2D cardboard cut-outs that we used to do, with just two basic animations. Now they have a lot of animations to react to everything that's happening on the field. They're wearing the right jerseys. They're all different models."

The way a crowd behaves may not seem to be that important in a simulation of what is happening, on the grass. But, as has been noted before, EA Sports games are about the entire televised experience of sports, not merely the business of moving balls toward desired locations. "It's a very different experience," he says. "Especially on an emotional level. The crowd and the atmosphere is so different. It's infinitely better than what we've had in the history of the franchise."

New consoles like Xbox One and PlayStation 4 allow designers more room to do the things they have been trying to do for years. "We just didn't have the memory and the rendering power in the old consoles to load proper 3D assets for the crowd. If you imagine a stadium of 80,000 people in Barcelona, we just couldn't do it. Or we could do it and then the game would run at five frames per second."

This improvement isn't restricted the Nou Camp going wild. It's also, according to Jaramillo, in the game's AI, in how the individual players cohere and interact with one another.

"In gameplay we have more processing power, so we have human intelligence and what we're calling elite technique," he explains. "The processing power behind their decision-making is much better. The animations they choose to shoot or pass or head the ball are better. What foot should hit the ball in this particular instance? Should I make an attempt to head this ball? All those different types of analysis are much better on the new consoles."

EA Sports' Ignite engine seeks to create simulations in which digital players act like they are the best in the world at what they do. "They can analyze a lot more options per second. They can make better decisions."

Then there are those graphics and animations, in the facial characteristic of players and their victory celebrations.

"Before, we had a limitation on how many animations we could have in memory. If you played FIFA for a few months, if you played it a lot, you'd basically see every animation we had in the game. But in the new FIFA, on the new consoles, we've packed it with animations, so that when you play it you continue to see animations that you haven't seen.

"That coverage, the variety that you see, keeps the game fresh for a lot longer on the new generation of consoles than on the previous one. That's really cool." 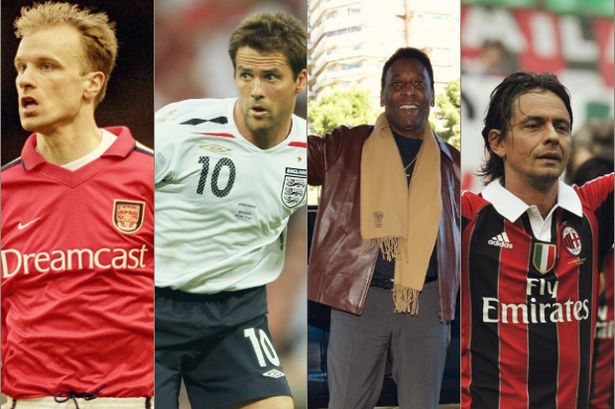 This being EA Sports, the new consoles are being used to dip inside our pockets and fish out hard-earned cash. The Ultimate Team mode invites players to purchase (or earn) digital packs of soccer players, and then build a team using the very best. Plenty of people have fallen into the clutches of this notion and have wound up spending way too much money on the perfectly balanced midfield or strike partnership.

Now, EA is introducing Ultimate Team Legends in which players can add the great players of the past like Pele, Van Basten, Oliver Bierhoff, Henrik Larsson and Gary Lineker. There are 40 players in this category, exclusive to Xbox platforms, with more likely to arrive as contracts are agreed with the players and their agents. Undoubtedly, gorgeously rendered versions of these players are used to show off the technology's abilities to these old players. The end-result is an opportunity to spend time and money on creating the greatest team of all time.

Jaramillo admits that previous console transitions have witnessed rushed versions of annualized franchises, but says that this FIFA is the best one he has ever worked on. "Hands down, if you want to play the best FIFA we've ever made, you do have to go and get the new console and play this game."