Ryse: Son of Rome and the music of death

Share All sharing options for: Ryse: Son of Rome and the music of death

Ryse: Son of Rome is a rhythm game masquerading as a blood-soaked ancient epic.

It is a dance, of sorts, a matter of timing and steps. Within the music of the game's lilting combat system, I found a pleasure in executing (literally) metronome-moves in a series of strikes, dodges, pushes and parries, played over a two-hour period.

This pleasure was somewhat unexpected. I had played the E3 demo back in June when Ryse felt like a right Roman mash-up of Quicktime Events (QTEs); that much-maligned device wherein players hit buttons in order to trigger animations and progress story.

Such events are still in evidence, quasi-narrative vignettes that perform their moments in between the game's main business of pitching central character Marius Titus against multiple enemies, variously endowed with their own powers and skills. 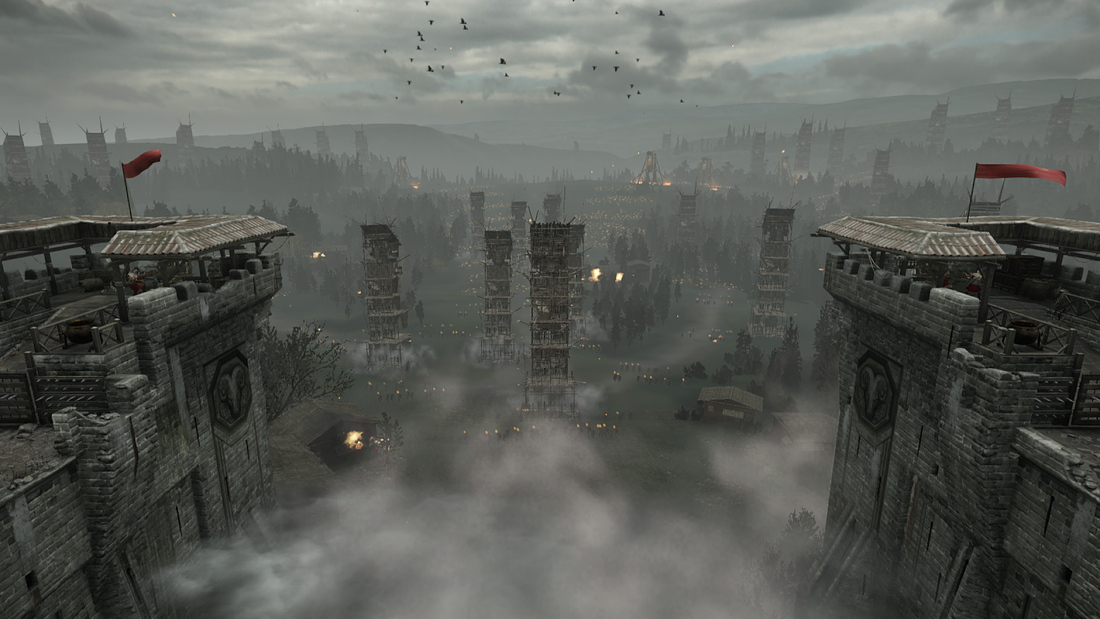 The core of the game is of a roman soldier using gladius (sword), scutum (shield) and calligae (military boot) to defeat massed barbarians. Blocking, pushing, striking and dodging are mapped to each of the four main buttons, with extended versions of pushing and striking also available.

By observing enemies, the player chooses Marius' moves, stringing together attacks until enemies reveal themselves to be devoid of health. Players can then execute their enemies, once again striking buttons according to on-screen combo prompts. (Hit yellow, now blue etc.). Perfectly executing these moves yields XP and health bonuses.

Defeating six surrounding barbarians by dutifully playing them, wearing them down, anticipating and countering their attacks, is the game's main kick. This may not be everyone's mug of mulsum, but it's more than the previously-advertised Latin festival of scripted events.

Fights are woven into a grand story of righteous revenge and mighty battles, with nicely toned backdrops varying between the gray shores of merciless Britannia to dank forests ("unleash hell," etc.), and the mosaiced villas of the Eternal City itself. If you enjoyed the dappled streets, scratchy graffiti and tinkly harps of the BBC's Rome, you'll be right at home here, even down to the British accents.

Ah yes, the accents. Solid Roman patriarchs apparently came from Oxbridge, their soldiers from the rugby-playing class of coppers and estate agents, while barbaric foes seemingly hail from the Bob Hoskins Institute of Genuine Cockney Menace. (Not that I am sensitive to patronizing English class-isms, at all.)

This game is a horror for anyone who cares a fig for historical accuracy. Early in the game we are introduced to a well-known emperor in his late-60s (his real life version died, age 30). His city features a landmark built well after his death. The city is besieged by barbarians from, of all places, Britannica. It would be no less ludicrous if Mayans or Samurai turned up to bedevil the Senate's august proceedings.

But let us not dwell on pedantry. Ryse is playpen Rome, an alternative history that throws together all of the stuff we see on The History Channel and jiggles them about with Victorian morality epics like Quo Vadis and Ben Hur with a dash of Gladiator ("I will have my revenge," etc.).

This is a story about family, comradeship and honor. Marius is a man's man, a Roman of the admirable sort. Why he spends his time nobly murdering poorly-armed foreigners is all explained early in the game, through engaging story-sequences that demonstrate just how far we've come in the arenas of motion-capture and voice-acting. It's manipulative melodrama done very, very well. 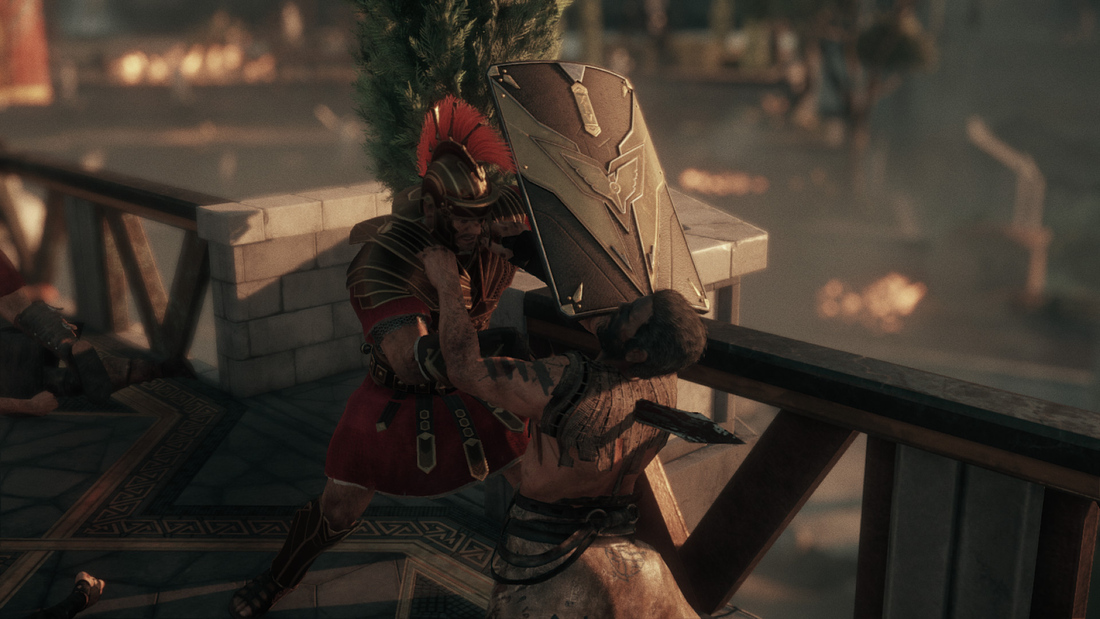 Back to those scripted events. They move the story along, giving the player something to do between story and core combat. During my play-time I manned a giant crossbow, lead a legion's charge on archers and failed to prevent death-by-trap on a forest path-quest. All fairly forgettable experiences. It remains to be seen how much they interfere with the game's flow of combat, which, according to design director PJ Estevez, gives the game depth and the need for genuine mastery.

"The core mechanic is the combat." he told Polygon. "That's the heartbeat of our system. That's where a lot of the gameplay is. When you also look at the arrow stuff [QTEs], we try to add it in there to break up the combat sections. We also try to have it feed into combat a little bit, so everything doesn't feel completely separate."

Developer Crytek is best known for first-person shooters, so taking on a third-person action-adventure, a new franchise for a new console, is a risk. It has not, said Estevez, been easy.

"Don't make a third-person combat game unless you're committed to making a third-person combat game," he said. "What I mean is, you're committed to going through all of the low points as well as the high points. There's a lot of stuff to learn in there. We have the Crytek USA guys, the ex-Darksiders team. They helped us get over a lot of low points where it just was not clicking.

"If someone came in at the beginning of the project and said, here are ten rules, it wouldn't really help. You have to still go through the pain to understand why those rules are important and make sure your game addresses them in the right way. Everything it takes to make a good shooter, like the sound, the recoil, the bullet impact, the tracer, the AI, all those hundreds of things, it's the same with a third-person action game. There's a hundred things you have to get right for an exchange between you and your enemy to feel good."

Making people feel good will make or break this game. The single-frame snap of the shield to fend off an attack, followed by a series of perfect manoeuvres to kill six guys is designed to feel like an achievement.

"I know that people start getting this game when they start dictating their own rhythm," said Estevez. "You get attacked a lot, so you need to be really good with your A [defensive] button. It snaps out in about a frame to block guys. It's very quick and very snappy. But once you get above that you start using your shield a lot more to lead. When I play, I actually only use my A button when I've missed the flow myself. I missed this guy, deflect, shield push, shield push, attack, attack, attack."

In the final analysis Ryse: Son of Rome must itself rise above the perception that it is a gormless series of scripted scenes, that its combat is a musical experience, a beat, one that takes practice and timing.

For whatever it's worth, I'll say this: a few days after my demo I finally got around to pre-ordering an Xbox One. I bought the Ryse bundle.