Share All sharing options for: How Forza Motorsport 5 kills the boredom of being head of the pack

Being first can be a little boring.

In racing games, taking the lead is your all-consuming reason. But if you get there too early, or too easily, your mission is over. You're stuck waiting out the rest of the race or lazily trying to keep your top spot, assuming you possess a fair amount of skill, and the game's rubber-banding isn't too severe. In Forza Motorspot 5, however, that dynamic will change drastically by making every pass a battle of its own, creative director Dan Greenwalt told Polygon.

At a recent press event in San Francisco, Greenwalt discussed the plight of nailing the first spot early and, essentially, being "kind of done" before the race is even over.

"You're left with 30 seconds, a minute, three laps," Greenwalt said, "where you're just like, 'God, I kinda wish this race was over. Why isn't it over?'"

Turn 10 Studios believes it's solved this problem by introducing cloud-based "Drivatar" AI, a last place start in a 16-vehicle race and reconfigured racing tiers. The goal isn't just to come in first anymore, but to score within different levels; you can earn a gold ranking on an individual race even if you come in third. Races in Forza 5 are more about the journey to the front, rather than the destination.

"The races in Forza 4, you're feeling like 'Oh god, I'm just done," Greenwalt said. "Now we're in essence trying to encourage you to turn up the AI difficulty to every pass is a battle. That was really our rallying cry for designing this game." 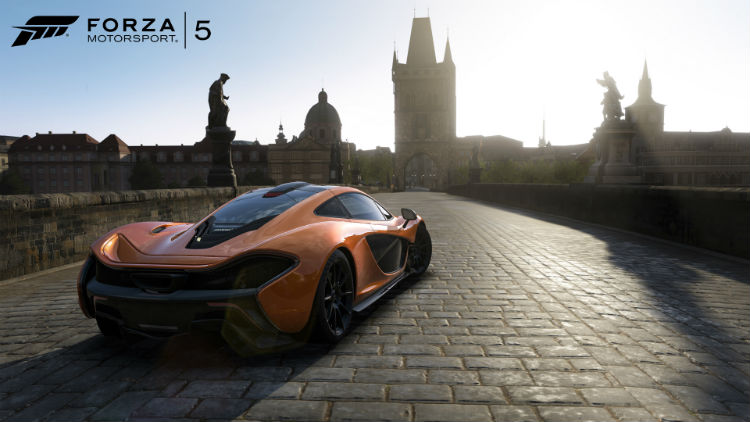 The guiding principle for each race is broken down into three categories: a micro, medium and macro-sized race happening every 30 seconds. Players try to out-speed the cars in their immediate vicinity, while still struggling to place in the game's larger tiers, and — perhaps — totally demolish the race in a first-place finish.

During our hands-on time with Forza 5, we found that reaching that top spot was no easy task. The game's cloud-based AI played dirty more often than not by cutting us off or occupying just enough space to make a clean pass nearly impossible. Forza's rewind feature returns in the latest version of the game to help ease the pain of unexpected crashes, but with a few caveats. Your score, which has a direct impact on the amount of money you receive, is docked depending on the number of rewinds you use. The feature can't be turned off, but rewards players who choose not to use it.

The game's AI wasn't the only hardship we faced, however. Tracks like the Top Gear London Simulation Challenge constantly threw obstacles in our way — literally. In keeping with the TV show's crazy spirit, the track forces you to drive through rubbish bins, suitcases, signs and more. Each new roadblock bounced off our car like rubber balls, but made the experience feel vastly different from a typical race.

"We wanted something a little bit more like it [was meant for] a group of people," Greenwalt said. "It wasn't just [the hosts of Top Gear racing]. You were being invited into Top Gear's world." 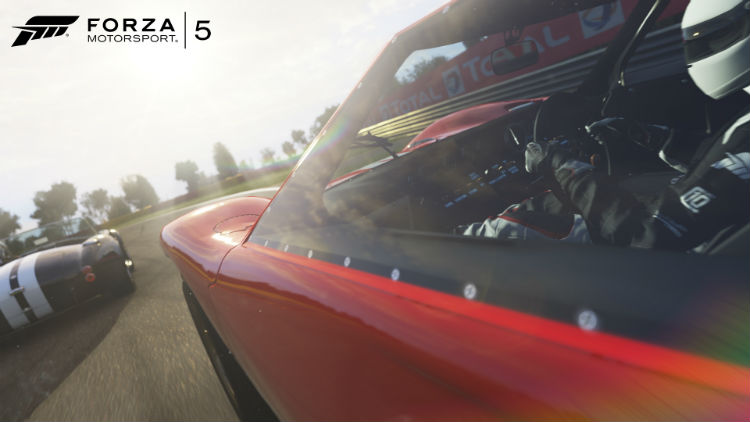 The Top Gear track, which is also available as a normal race, was created in collaboration with Jeremy Clarkson, James May and Richard Hammond. According to Greenwalt, the guys just "get it." Although the game studio and the show's hosts come from different backgrounds, they share a passion for cars.

"They're providing certain types of content that their voice is better at delivering," Greenwalt said. "We are not an editorial group. We think of ourselves as simulating reality and letting reality be what reality is. They are very much about judging reality. That's what an editorial group is. It's nice having that yin and yang."

The Top Gear crew will also provide commentaries for Forza 5. The game launches alongside the Xbox One Nov. 22.