Kinect with Xbox One is one of the most audacious gambles in console-launch history.

Generally speaking, companies that price their products significantly higher than competitors come to regret their decision. Microsoft justifies Xbox One costing $500, against PlayStation 4's $400, based on the inclusion of the Kinect motion control camera peripheral, which it insists is central to the Xbox One experience.

For Microsoft's strategists, it is an article of faith that voice control and body movement are a part of the console experience of the near-future, indeed, of interacting with the TV screen. To them, it is self-evident that people will more intuitively make use of their naturally-given gifts for communication and expression than they will map their actions to buttons and triggers.

"As a designer of games, you unnaturally map to something on a controller that isn't intuitive," said Microsoft's Phil Spencer. "If I simply want my squad to surround me and move forward as one, it's a lot easier to yell 'To me' than figure out if that's left or right on the D-pad." 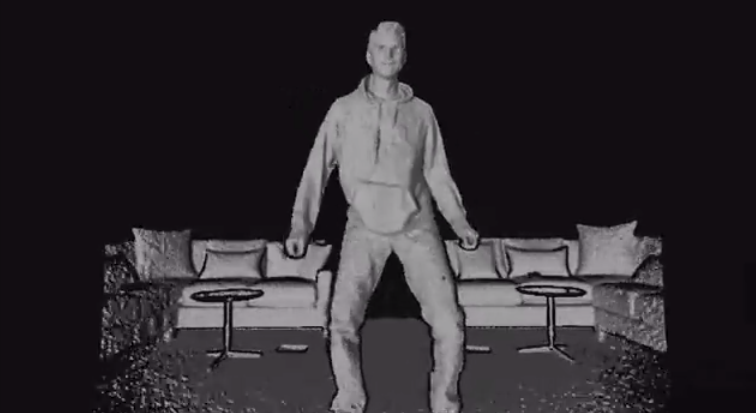 How far Microsoft's faith is proven by the historic performance of the Xbox 360 Kinect is debatable. It is true that the original Kinect sold well but it's also reasonable to say that the device was used primarily to play a small number of games for a short amount of time. In most homes, it served as a faddish peripheral. But Microsoft believes that the ubiquity of the Kinect this time around will exponentially fortify its utility.

"We've included Kinect in every console, " said Microsoft's Phil Spencer. "Developers know it's always there. Even if their game is a native controller-based game, they can think about things like gesture or voice. These are technologies that previously only existed in a fragmented part of the ecosystem, because a subset of the people out there had the device. On Xbox One, we see a proliferation of use of Kinect."

The view in Redmond is that Kinect 2.0 is a vastly more advanced product than 2010's Kinect. The technology has come of age.

"We made some great advances with version one of Kinect, but version two is really where it starts to come together," said Dave McCarthy, general manager at Microsoft Studios. He was speaking at a PR event demonstrating Xbox Fitness. "There is an increased field of view so you can work out in smaller spaces. We can even do tricks like reading your heart rate. That ability to take an RGB color feed and an infrared feed and look at micro-fluctuations of blood flow in your face is something we could never do with version one. This sensor is ten times more powerful than the last one. It gives us that added insight we never had before." 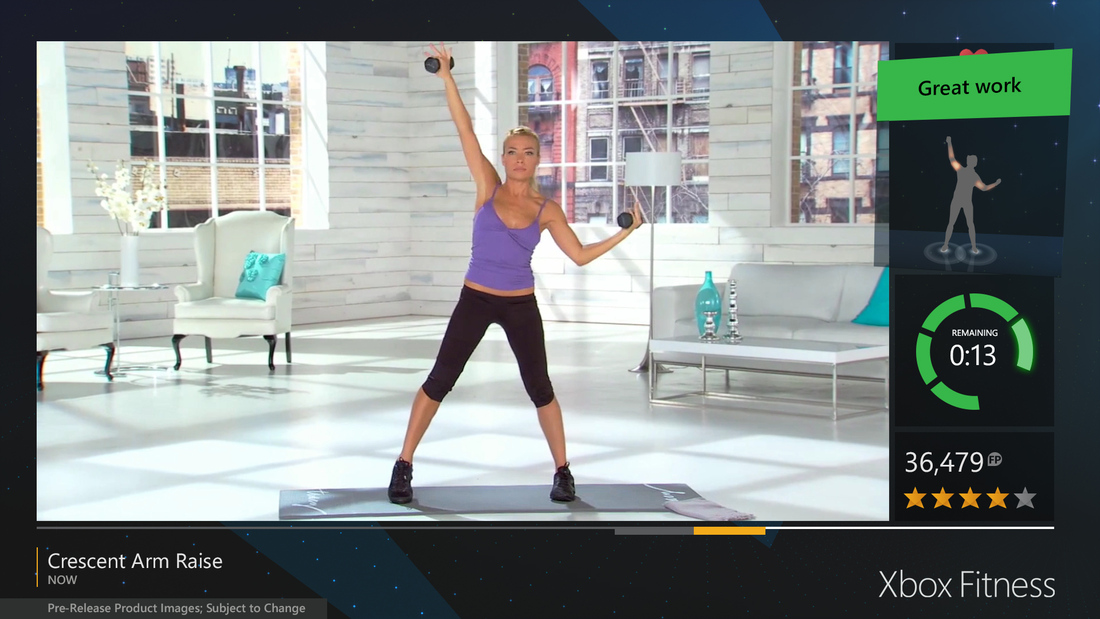 Undoubtedly, the benefit of Kinect-exclusives is immediate. In Xbox Fitness, the camera is reading information taken from various body parts, giving you feedback. It is trying its damnedest to create a genuine sense of interaction between the player and the sort of workout routines that have been available in one-way video form for 30 years. Xbox Fitness is a more technologically advanced product than video game fitness games of the past.

Likewise, Kinect Sports Rivals is a step-up from Version 1 sports games, at least on the evidence of the water-bike racing game that will be available for free download when Xbox One launches. It's a game with an eye on the family, although, according to developer Rare, new Kinect allows for deeper design.

"Kinect makes the game very accessible," said executive producer Danny Isaac. "You don't have to worry about different control mechanisms. You just stand in front of it and play. But I think we've put a number of features in that will appeal to the hardcore gamers. We have a good progression meta-game in there, very fine control so that every second counts on a lap that you go after." 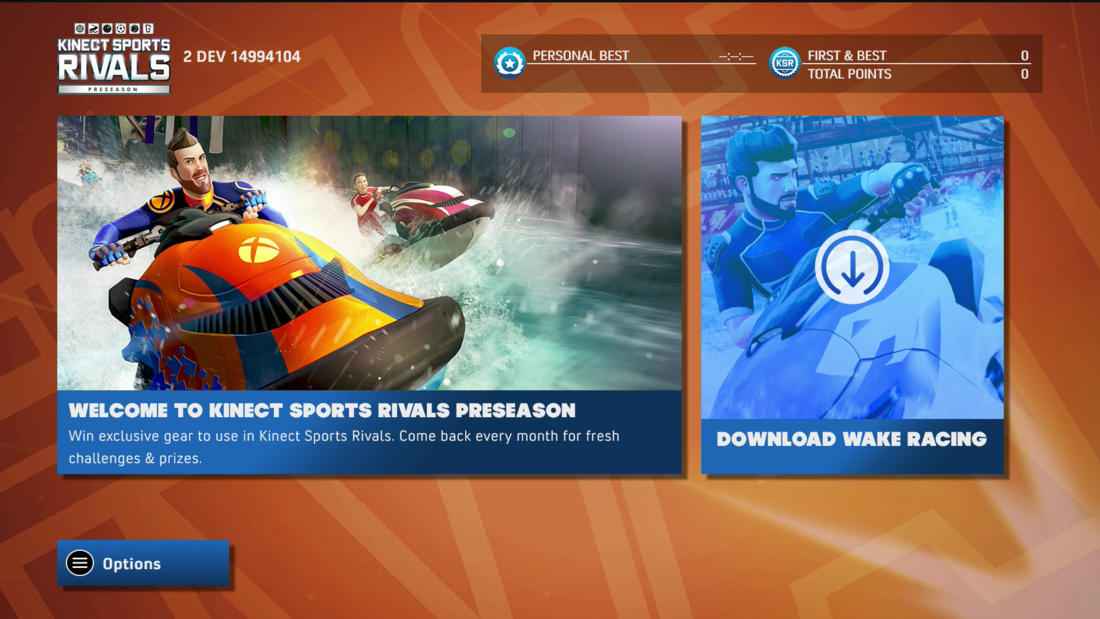 Established franchises like Just Dance are making use of the Kinect's power to add variety and benefits. Just Dance 14 can distinguish six players at once, including a 'lead' player and features a Karaoke mode, adding singing to the game's routines.

"For our development team in Paris, figuring out how they can do new things and take advantage of the hardware is a fun challenge," said Ubisoft's Michael Beadle. "Obviously this is the first go at it with the Xbox One. We definitely made a lot of strides since Just Dance 3. I think that there's plenty more to go on Xbox One."

Project Spark is a game-creation tool, and not an obvious candidate for Kinect-related larks. But the product allows players to place their own actions inside the game, to act out scenes and transfer these into digital worlds. The potential for such an activity is plain to see.

"Everyone has a story inside of them," said Microsoft studio manager Saxs Persson. "It's a difficult thing to put that into a game. We're really excited about Kinect and how it breaks down that barrier. We can capture your full body. We can capture your face, your hands, your eyebrows, your voice, and apply it to any character in the game. It's a unique tool for you to put yourself in the game." 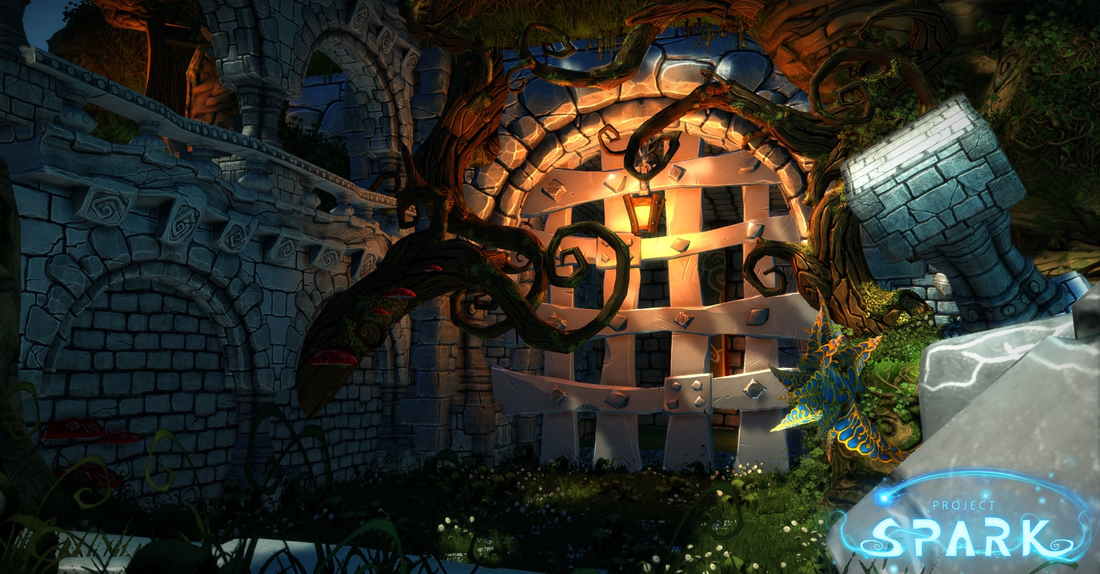 Crimson Dragon, a spiritual successor to the Panzer Dragoon games of old, was originally envisioned as an Xbox 360 Kinect game but is now a $20 download-only Xbox One rail shooter, using traditional controls with Kinect augmentations. Players can use physical movements to avoid incoming danger (roll left and right) and they can use voice to command side-kick attacks and strategies.

"You can play this game entirely with the controller, but we've added a hybrid system where if you do choose to use your Kinect, you're going to get is a more engaging experience," said Connor Monahan, a game designer with Microsoft Studios."You can use voice commands. You can use your body. You'll be able to have control over your dragon and your wing-men with that Kinect functionality."

This is the part of the Kinect experience that Microsoft wants to populate core gaming. It is a difficult one to win as, despite all the talk about how 'intuitive' it is to speak and act to a TV screen, most people who have spent any amount of time playing games are perfectly happy with proxies like A, B and trigger.

But it is a useful differentiation against rivals like mobile gaming, and against Sony which, despite (or because of) its early work with PlayStation Eye, has not grasped motion control gaming with anything like as much fervor as Microsoft.

For Sony, the value of a $100 saving at retail is a way bigger benefit than Kinect. The battle that is about to rage in retail stores will show which of them called this most astutely.

Microsoft is confident of its plan. "The all-in-one system that we built is really about building a box that can play a role in all forms of entertainment in the home," said Spencer. "We understand value. We understand the consumer's decisions that they have to make when they're walking in the store. We think the all in one value proposition for Xbox One will be really strong."