Adam Orth, the former Microsoft Studios creative director who left the company after a series of sarcastic, ire-raising tweets about the Xbox One's planned "always on" nature, spoke for the first time about the "internet firestorm" he helped create and ultimately lead to his departure from the company.

"Despite having had every opportunity imaginable, I've never spoken publicly about what happened," Orth said today at his GDC Next talk, "Mob Rules: The Destructive Power of Opinion and Online Community." Orth said he's worked hard to put the episode, which he says cost him a highly desirable job opportunity and put his family and finances at risk, behind him.

"Reliving it again wasn't something I wanted to put myself through," he said. "My colleagues, friends and family urged me to do it, though, hoping that I could find closure and maybe I could get even a single person to see what someone endures when they becomes the target of internet hate... and that person may choose empathy over negativity next time."

Orth's talk touched on events that started about seven months ago, before Microsoft announced that its next-generation Xbox One would require a consistent internet connection to function (a decision that it later reversed).

"Sorry, I don't get the drama around having an 'always on' console," Orth tweeted in April, responding to then-unconfirmed reports that the next-generation Xbox would require an internet connection to function. "Every device now is 'always on.' That's the world we live in." Orth ended his tweet with a #dealwithit hashtag.

Many video game enthusiasts took issue with Orth's dismissive language, railing against what appeared to be further encroaching anti-used game and DRM measures in the next-generation Xbox.

"Sorry for expressing my personal opinion about what I want from the electronic devices that I pay for on Twitter," Orth later tweeted. "Jesus."

A week later, and after an official statement from Microsoft that said "his personal views are not reflective of those of the company," Orth had left Microsoft.

"It's easy now for me to see the anger, outrage and how controversial it was..."

At GDC Next, Orth said the decision to leave Microsoft was his. He resigned four days after the initial blow up via an email to his employer. He and his family relocated to Southern California and Orth is now pursuing his creative efforts with another company. Of his original tweet and the ensuing exchange with another game developer, Orth said the following.

"I exercised incredibly poor judgment expressing my personal opinion in a public forum about a volatile and divisive topic in the gaming community. I made it even worse by continuing that conversation sarcastically with a close friend. While the tone was natural and normal for us, the rest of the world heard and read something very different. It's easy now for me to see the anger, outrage and how controversial it was based on my professional position and the tone in which I delivered my opinion.

"While I stand behind that opinion as well as the right to have and express it, how I said it and how I conducted myself was wrong. This was a conversation I should have had with my colleagues over a beer rather than on Twitter."

Orth said he broke "every rule of corporate social 101" and expressed regret about his original statements, though he stands by them and his right to express his personal opinion.

"I absolutely deserved any and all rational criticism and discussion based on my opinion," he said. "Unfortunately, that's not what happened." 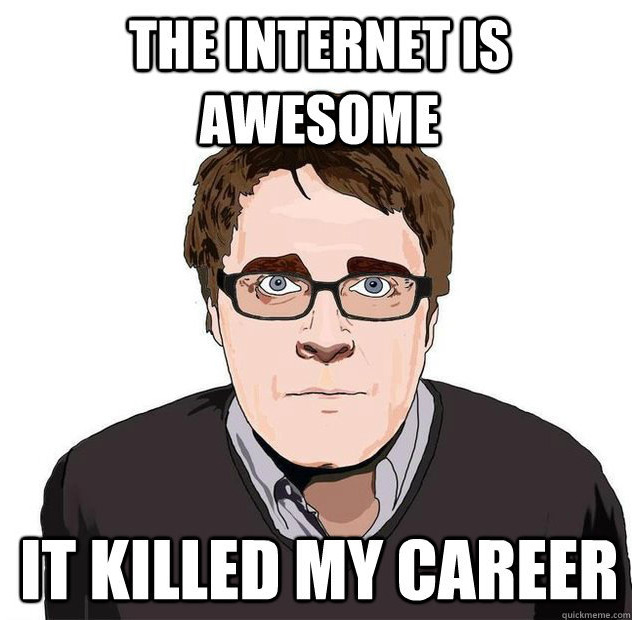 In addition to becoming an image macro meme and the subject of a "Hitler Reacts" video, Orth showed a sample of some of the harassment he said he received through Twitter, a stream of racist, homophobic and threatening messages. The "abuse and hatred," he said, continued to pour in through email, phone calls and messages from all of his social media outlets. Orth described the barrage of abuse as "unbearable."

"When someone threatens you on the internet, it's very hard to take that seriously," he said. "Were any of these threats credible? Unlikely, but I wasn't going to put myself and my family at risk. Ultimately we had to leave town to feel safe. We had to completely rebuild our life and fortify our digital life as well as all of our financial accounts in order to protect ourselves and our assets.

"Many people have asked me 'Did you contact the authorities?'" he said. "In the end I chose not to. It felt pointless. I mean, how do you report the entire internet?"

Orth said his experience dealing with internet hate and harassment is indicative of a larger trend of acceptable toxic behavior.

"As an industry, we've become desensitized to this insane behavior..."

"The reason the internet threats are terrifying is not the possibility of the realization of a violent act, it's that society has regressed to a point where this behavior and discourse is an accepted response to something someone doesn't like or agree with," he said. When showing the stream of vile tweets to other developers, he said most don't bat an eye at the language used.

"As an industry, we've become desensitized to this insane behavior, because it is overwhelming, ubiquitous and unstoppable. It's an epidemic and it's getting worse."

Orth praised developers like Riot Games and Valve Software for their efforts in attempting to curb toxic and disruptive behavior. League of Legends' Tribunal system and Riot's employment of behavioral psychologists, as well as Valve's implementation of the Overwatch system in Counter-Strike: Global Offensive are steps in the right direction. He also encouraged other developers and creators who find themselves the target of campaigns of abuse to speak up when they're being harassed — and to remember, when being targeted, "You are adding something unique and special to the world. They are not."

As for Orth himself, he said the experience, in the end, ultimately turned into a positive force for change. A slide during Orth's presentation said the debacle "turned out to be the best thing that ever happened to me."

"I survived," he said. "When something this bad happens to you, you have two choices: Curl up in the fetal position and become the victim, or face the truth, learn from your mistakes with humility and move forward.

"When everything burned to the ground, it became a forcing function for radical personal reset. I saw this as opportunity. I grew closer to my friends and family. I matured as a person. I became a better parent. I got healthy and lost 50 pounds... I made sweeping positive life changes for my career and my family. It was a serious, painful and challenging test. There were times when I wanted to strike out at these animals and humiliate them, hurt them back twice as hard — especially when [harassment] was directed at my child. But I resisted."

Orth said that with the help of friends and fellow developers, many of whom supported him despite not agreeing with his opinions, were key to him coping with the anger being directed at him.

"This event changed me positively and profoundly forever," he said. "With the help of friends, family and deep personal reflection, I came out the other side stronger."

Orth now lives in Santa Monica, working on the first game at his newly-formed company. "I'm happy career-wise, making something I love with people I respect and admire. And we're doing it on our own terms. Living the dream, as they say."