Why do we need new consoles?

Share All sharing options for: Why do we need new consoles?

When developer Naughty Dog released The Last of Us earlier this year, there was no shortage of people whose jaws dropped at the sight of the quality of its graphics.

The game was stunning and achieved a level of visual fidelity that is usually only talked about in relation to what developers might be able to do in the future. For many people, the game signaled that the future is now. So it's no surprise that the average consumer might be scratching their head over why we even need new consoles. Why would the average punter drop $500 on a brand-new machine when their existing consoles are already so powerful?

Polygon spoke with publishers and developers about the imminent arrival of the PlayStation 4 and Xbox One and what it will mean for both developers and consumers. We were told that a lot of what has been shown so far has focused on the graphical capabilities of the new consoles, which may not seem like such a big deal to the average consumer. But, according to these developers, we ain't seen nothin' yet.

"I couldn't agree more that games on current-generation consoles look amazing right now," said Oskari Häkkinen, head of franchise development at Remedy Entertainment (Max Payne, Alan Wake, Quantum Break). "The truth is we often only really realize improvements after the fact, and it's really tough to envision the potential until someone shows us."

"It's really tough to envision the potential until someone shows us."

According to Häkkinen, just because we can't imagine how games can be changed and improved doesn't mean they can't be. The current generation of consoles is almost eight years old, and technology today is exponentially better than it was in 2006. Even if we look at the current consoles, what the PlayStation 3 and Xbox 360 are capable of doing today is completely different from what they could do seven years ago. The PlayStation 3's launch titles looked nothing like The Last of Us. So if a piece of 7-year-old technology can make such an enormous leap during its life cycle, imagine what a brand-new piece of hardware released in 2013 will be able to achieve.

"Every generation of consoles and their games have amazed me in every way, but at the time, imagining something better was near impossible," Häkkinen said. "Now, if I go boot up a PlayStation 2 on an old TV and compared it to a Xbox 360 on an HDTV, I'm blown away and can see how far we've come. That's the promise!" 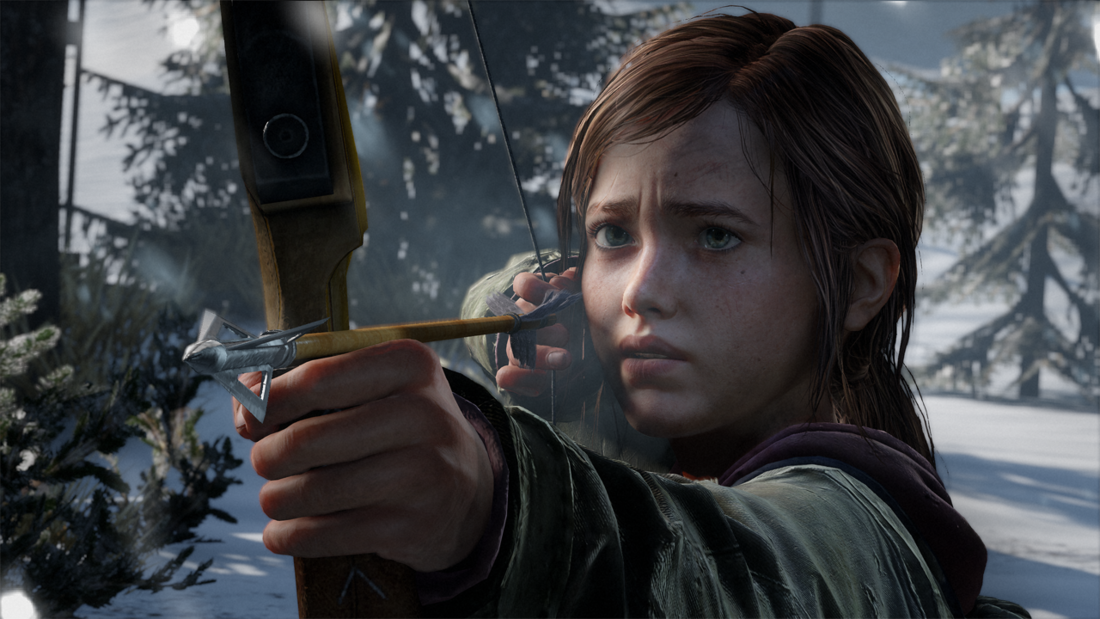 MORE THAN JUST A PRETTY FACE

Impressive graphics has been a big selling point for both the PlayStation 4 and Xbox One. But the importance of new consoles extends well beyond prettier, clearer pictures. The processing power of next-gen machines allows developers to build their games differently from a design angle, which could potentially lead to new kinds of games and new kinds of gameplay. As Häkkinen said, it might be hard to imagine it if we haven't seen it yet, but it doesn't mean it can't happen.

EA Sports is making use of next-gen technology to change the way it powers NBA Live 14's AI. Yes, the game looks better than it has in its previous current-gen iterations, but executive producer Sean O'Brien believes that the processing power of the new consoles allows for so much more than improved graphics.

"The live services component and that connectivity is going to change the way you experience games."

"The live-services component and that connectivity is going to change the way you experience games," he told Polygon. "One of the things we really wanted to do was focus on our connected experience for our consumer and provide an in-depth feature set to allow them to feel like they're connected with our game as well as the NBA season throughout the course of the season."

NBA Live 14 draws data from Synergy Sports on a daily basis and updates the game's challenges, players and features without the player knowing. So if during the NBA season a player sprains his ankle, his stats will change in the game to reflect this. If a player changes the kind of shoes he wears, gets a haircut or a new tattoo, this will appear in the game. Players will also be able to replay matches that have just been played out in the real world during the season. According to O'Brien, none of this would have been possible on current-gen consoles, not at the frequency with which the game quietly updates itself.

These features could have a significant impact on sports games. While they don't change the rules of the sports themselves, they bring the video games up to date with what's happening in the real world. "It's the idea that I can read an article on ESPN.com, I could be watching a game on TV, and once I go to my different medium, my video game, if that's out of date, if that's not completely relevant with what's going on in the real world, there's a disconnect," O'Brien said. "So we owe it to our consumer to ensure that we're in step with the NBA season throughout the entire season." 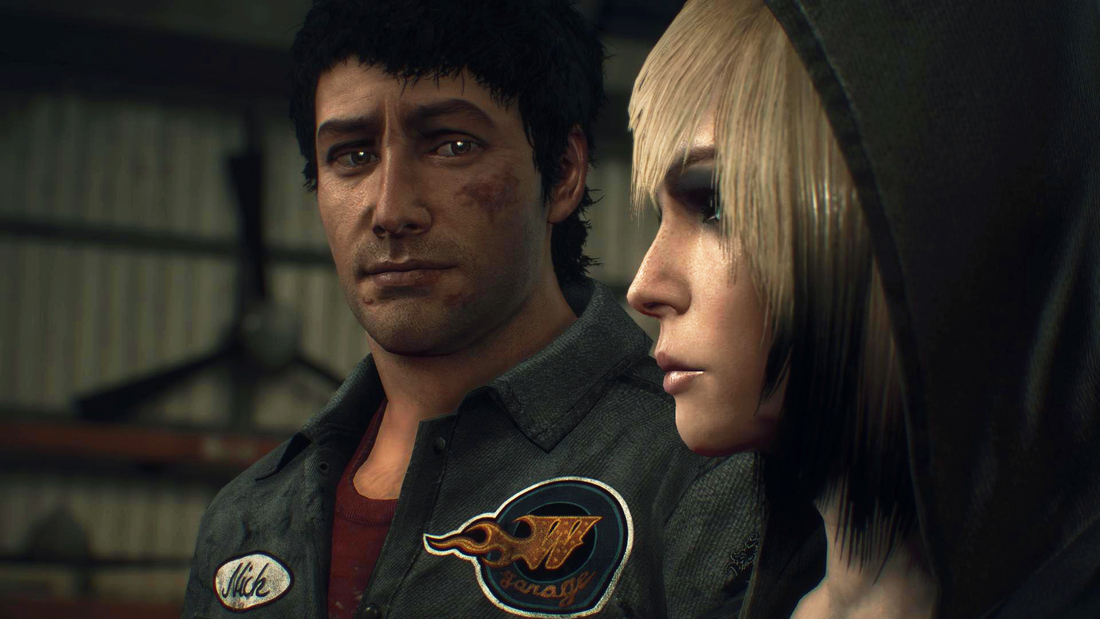 The capabilities of next-gen consoles also opens doors for larger-scale games. Capcom Vancouver's Mike Jones told Polygon that putting Dead Rising 3 on Xbox One means the game's designers have been able to include features that would not have been possible on the Xbox 360. The game does have better graphics, a day/night cycle, better shadows and improved textures, but what the Xbox One has really allowed is greater scale.

"Imagine if a friend watching you play can affect your experience in a game..."

The Xbox One has allowed Capcom's developers to work without those technology constraints. Where previous Dead Rising games were restricted by the processing power of the Xbox 360, the power of the Xbox One means Dead Rising 3 can have an enormous open world that operates seamlessly without load zones. According to Jones, it gives the developers the freedom to do whatever they want, but it also introduces whole new challenges that they never had to deal with before, like how they design missions and how to fill the world with content. New possibilities in games introduces new challenges, which leads to new ideas and new experiences.

Trendy Entertainment's Dave Loyd (Dungeon Defenders, Dungeon Defenders 2) echoed Jones' sentiments. He told Polygon that, at this point, increased graphic fidelity is evolutionary, not revolutionary. He sees the potential in the next generation lying in more exciting gameplay, richer simulations and sharing.

"Once this new communication channel is open, who knows what developers will be able to create?" Loyd said. "Imagine if a friend watching you play can affect your experience in a game, or if watching another person's game can affect yours. Just that ability to turn on your console and to be able to watch your friends playing on theirs is going to drastically change how players interact with their console."

While not everyone is sold on next-gen consoles, analyst Jesse Divnich believes that it's only a matter of time before the potential of the PlayStation 4 and Xbox One are realized. When that happens, the reason these new consoles exist will be clear.

"It's typical that when you launch new technology, it takes time for developers to actually get in there and really make use of all the processing power and memory that these new consoles can provide," Divnich said. "That long-term potential will be realized. And I wouldn't even say long-term. Definitely in the next six months we're going to see some great games that are going to deliver experiences that you just can't get anywhere else."

Go ‘glamping’ with the coziest kit to hit The Sims