A sometimes true, sometimes false history of the Xbox One and PlayStation 4

Share All sharing options for: A sometimes true, sometimes false history of the Xbox One and PlayStation 4

Next week begins what many will consider the official roll out of next-generation consoles when the PlayStation 4 launches in North America. The following week sees the debut of Microsoft's Xbox One. The dual holiday season releases will bring nearly two years of rumor, speculation, anticipation and ever-changing business plans from Sony and Microsoft to a close.

Our first glimpses of those consoles, under their code names Durango and Orbis, used by developers to secretly talk about the Xbox One and PS4, respectively, came in early 2012.

At the time, the most basic details were being reported by Kotaku; the next Xbox would include a Blu-ray optical drive, a higher fidelity Kinect sensor and might not play used games. Those details were all accurate when Microsoft announced the Xbox One more than a year later, though the company famously reversed course on restricting used games.

(Truthfully, one of the first indicators of a new Xbox was the inclusion of an "Xbox 720" logo cameo in the movie Real Steel. But since robot boxing is not yet a major spectator sport, the timing of the console's existence, as detailed by Real Steel, now seems inaccurate. The name was also wrong.)

One early and contradictory report from MCV asserted that the next Xbox wouldn't ship with an optical drive at all, focusing solely on downloadable games.

The earliest reports of the PlayStation 4 — based on development kits going out to game makers — pointed to processors supplied by chipmaker AMD, which Sony confirmed when the console was announced on Feb. 20 of this year. At the time, Kotaku reported that Sony's next-gen PlayStation wouldn't be backwards compatible, which was accurate, and would also feature measures designed to block used games, which turned out not to be true.

Given the unwelcome reception to used game restrictions and confusing DRM-schemes, Sony proudly touted at E3 2013 that the PS4 could play secondhand and borrowed games, as previous PlayStations had, using that as a key selling point.

In the middle of 2012, well before either the Xbox One or PS4 was made official, a reportedly leaked Microsoft document appeared to lay out the company's plans for an Xbox 360 successor. In that document were references to more prominent SmartGlass integration, a new Kinect sensor, hardware with six times the computing power and deep TV programming integration coming to the "Xbox 720," then expected to launch in 2013.

While those particulars panned out, other details haven't — at least not yet. The document also included references to internet-enabled eyewear dubbed "Fortaleza" glasses that bring augmented reality vision while playing the next-gen Xbox. Microsoft hasn't announced such a product, but is reportedly prototyping something similar to what's seen in the document. 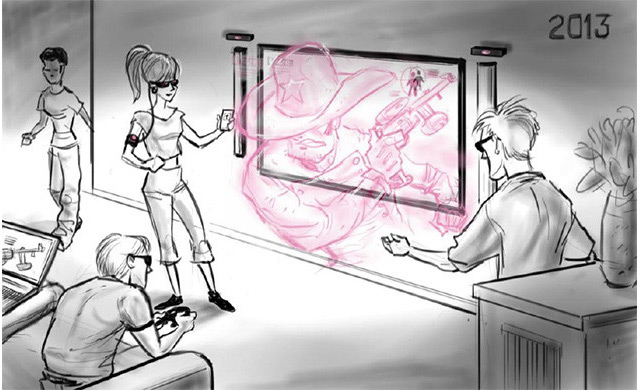 Granted, that document was supposedly published in the summer of 2010, well before Microsoft made any Xbox One details official.

Details on the hardware powering both next-gen consoles was outlined in early 2013 in a report by Eurogamer's Digital Foundry. The new Xbox and PlayStation, they said, would run on chips based on AMD's Jaguar architecture, information that later proved to be accurate. According to Digital Foundry's report, the PS4 would ship with faster RAM, but less of it than the new Xbox — 4 GB of DDR5 RAM compared to 8 GB of DDR3 RAM.

Within the week, a separate report from Kotaku indicated that PS4 was outfitted with 8 GB of RAM. That discrepancy can be easily explained, however. Sony originally intended to pack 4 GB of RAM into the PS4, but at the behest of developers, the system's memory was doubled.

Not long after, Edge reported that Microsoft would require a regular internet connection with its next Xbox. The system would be "always on, always connected," supposedly leaked Durango documentation said, a worrying stipulation that would have effectively killed the secondhand video game market on the new Xbox. And Kinect would be included with every system, serving as an "integral" part of the console.

More details culled from developer documentation pointed to other changes, like the requirement that all games, even those shipped on optical discs, would need to be installed to the next-gen Xbox's hard drive.

A handful of pervasive rumors that didn't pan out were other Xbox models that Microsoft had planned, including an "Xbox Mini" that had limited Xbox 360 functions and a separate piece of hardware that would provide backwards compatibility to Xbox One. 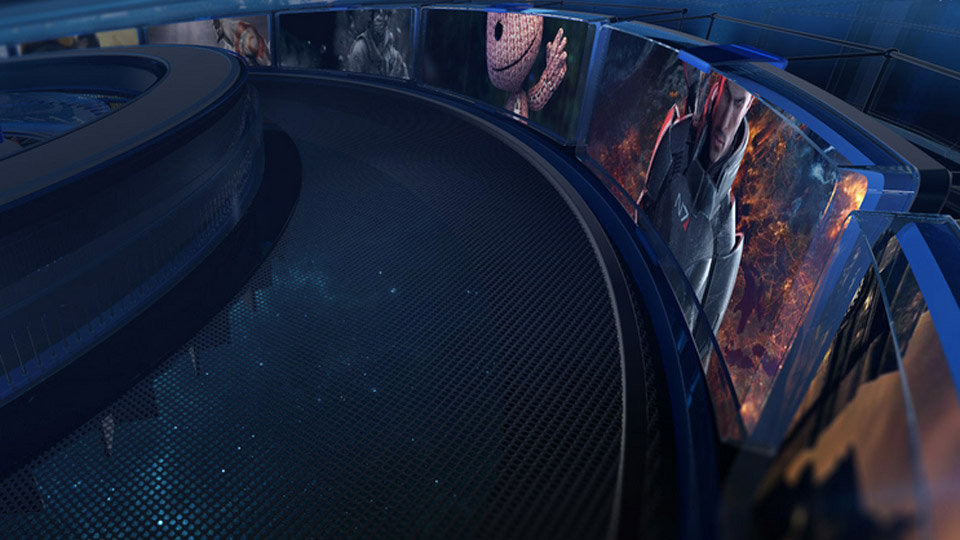 While rumors swirled about the new Xbox and its new Kinect, Sony announced the PlayStation 4, its new DualShock 4 controller and its plans to utilize its cloud computing service, Gaikai, as an integral part of the system. Before Sony acquired Gaikai in July 2012, it was heavily rumored that the two companies were partnering to bring older PlayStation games to modern PlayStation hardware. Streaming games through Gaikai to PS4 and other devices is expected to launch in 2014.

In April, a report from The Verge revealed Microsoft's ambition to position the new Xbox as an entertainment device designed to work with TV and set-top box inputs. The detailed report backed up rumors that Microsoft was planning on using the next Xbox as a TV overlay, hoping to make the game console as integral to watching television as a cable box. This included the ability to control certain TV and media functions with Kinect, using voice commands and physical movements to control video programming.

When Microsoft unveiled the Xbox One a month later, television services played a major role in the company's presentation. Using voice commands to switch between TV and games, between movies and apps, as well as a partnership with the National Football League, were Microsoft's focus, not games.

Another report from The Verge outlined some of the launch games planned for Xbox One. Crytek's Ryse, formerly an Xbox 360 Kinect game, and a new Forza Motorsport racing game were planned for the system's launch. They would be joined by "a zombie game" and "a family game set on an island with Pixar movie-style graphics," titles that were later revealed at E3 2013 to be Dead Rising 3 and Kinect Sports Rivals.

A commonly circulated rumor was that Microsoft would be able to deliver the Xbox One cheaply, thanks to subsidies from subscription services or cable subscriptions. A version of that story was later reported by Paul Thurrott, who said a $299 price point for Xbox One would be offered to buyers willing to commit to two years of Xbox Live Gold membership at $10 a month. While Microsoft took that approach with the Xbox 360 at certain retailers, it hasn't offered the Xbox One at any price less that $499.

While many early reports about Microsoft's plans ultimately proved true, the company changed its position on many Xbox One features in the wake of terrible reception to its DRM, used games and internet connection requirements. It now seems likely that other decisions, never made public, were changed in response to reception from consumers and Microsoft's rumored difficulty in getting Xbox One done and out the door.

Looking back on the history of rumors and initial reports about the next console generation, it was, logically, the underlying hardware that came into focus first. Development hardware went out to game creators and software engineers, and those developers leaked details on Microsoft and Sony's earliest decisions. Software and services, not set in metal and silicon like the electronics powering the next PlayStation and Xbox, emerged later, as games, UI and entertainment apps can change right up to launch day — as evidenced by planned day one software patches for both PS4 and Xbox One.

And while we now have a crystal clear view of next-gen platforms, given how radically the PlayStation 3 and Xbox 360 changed over their lifetimes, who knows what they'll look like eight or more years from today?