Fox Digital Entertainment is teaming up with developer TinyCo to create a new mobile game based on Family Guy, the Seth MacFarlane-created animated sitcom that debuted in 1999.

Headed to Android and iOS devices sometime in 2014, the free-to-play game is said to feature an original story based on Family Guy's 212-episode catalogue "as well as current events." While gameplay details weren't announced, Fox says players will adventure throughout the city of Quahog, recruiting and confronting Family Guy's cast of characters along the way.

"TinyCo were really passionate about what they wanted to do with Family Guy," Rick Phillips, senior vice president at Fox Digital Entertainment, told Polygon. Saying the company had interest from multiple developers in tackling the source material, "We thought the guys from TinyCo could build a game that's truest to the brand and IP." 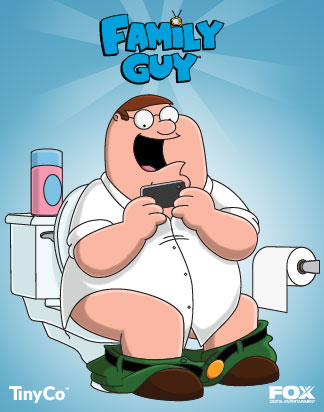 Andrew Green of TinyCo told Polygon that the Family Guy mobile game will feature elements of resource management, but that its focus is on character and story, with a "large meta-arc" that will play out many months after release through regular updates.

Fox Digital Entertainment already has a very successful mobile game based on another of its animated shows, the EA-published The Simpsons: Tapped Out. Green said that The Simpsons game has done a great job with engaging its players, and that with Family Guy, "I think we're doing some really interesting and unique stuff in terms of our content updates."

Both Fox and TinyCo expressed interest in making a quality game that's faithful to the show instead of doing a simple "brand-slap" with the game, which has been in development for more than a year. Phillips said Fox's Digital Entertainment group's focus is not on creating marketing-driven tie-ins, but "on creating great games that also make money."

Green added that "nothing's sacred and nothing's safe," in terms of what Family Guy will tackle. "It's not going to be completely fourth wall breaking," he said. "We want you to feel like you're playing the show."