DC Universe Online expands with War of the Light DLC

Share All sharing options for: DC Universe Online expands with War of the Light DLC

War of the Light Part 1 will allow players to explore a completely reimagined Metropolis and new story-driven content. According to Andersen, the team's decision to add Green Lantern content was inspired by the franchise's growth elsewhere.

"Over the years, Green Lantern has evolved a lot," Andersen said. "The lore, the mythos — they've added new Lantern Corps that represent the emotional spectrum."

Players get to experience that for themselves with the addition of the new Blue Lantern Corps, which represent hope. Players will also be able to tap into new Red Lantern abilities, Andersen said, and explore the power of rage. Rage powers come in both the tanking or DPS variety, with some abilities that allow players to take damage and unleash it onto foes. Other additions to DC Universe Online include Saint Walker of the Blue Lantern Corps and supervillain Atrocitus to the game's Legends PvP mode.

"Players will see all kinds of new characters straight out of the comic books from these corps making their way into DCUO," Andersen said. 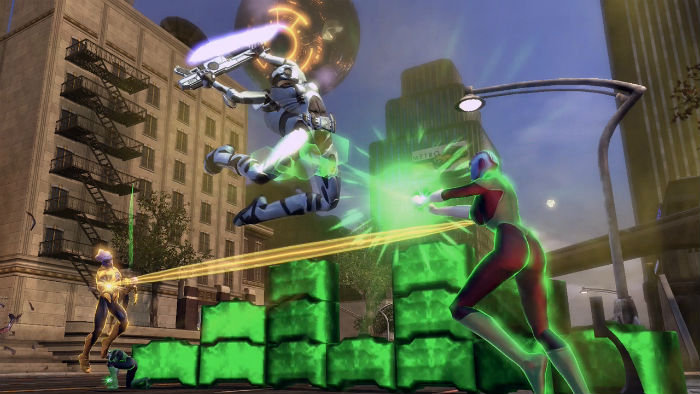 Saint Walker uses a martial arts combat style and specializes in protective abilities. Atrocitus, on the other hand, is more vicious. The character relies more on damage dealing than defense and can go into a Rage mode that allows him to heal incoming damage.

Players will be able to access the same content on both PlayStation 3 and the game's newly launched PlayStation 4 version. People who want to play DC Universe Online have no need to stick to one console or the other, Andersen explained. Having the game available on both is "pretty significant," but the draw for PS4 users is more in the console's features.

"The difference is in the PS4's features themselves," Andersen said. "The share button, and your ability to share your gameplay experiences with the community and the other players in general. That's not something that's really possible to do on the PlayStation 3. The game experience itself is evolving and changing on the PS4. " 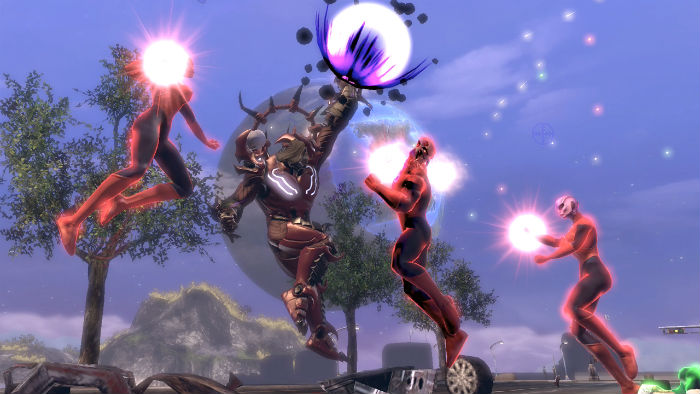 According to Andersen, the game's launch on the next-gen console was "significant," but not so different from its arrival on PlayStation 3 and Windows PC.

That's largely due to the massively multiplayer online game's update just before the PlayStation 4's release, which overhauled the game's graphics and systems. Although Sony Online Entertainment would not provide specific figures, the developer considers the game's reception on the next-gen console proof of its bright future.

"It exceeded our expectations in terms of percentage increase to our player base in general," Andersen said. "We definitely do see an increase in actual population and concurrent users that are on the PlayStation servers."

DC Universe Online is available as a free download for PlayStation 3, PlayStation 4 and Windows PC.